I bumped into Yorkslister at Barmston today whilst he was after the Kumlien's Gull. We both got frustrating views of this enigmatic individual. Opinion seems to have swayed more firmly into the Kumlien's camp but this isn't an exclusive school of thought. As we were trying to relocate the gull a Little Gull was noted in the surf. Sweet. 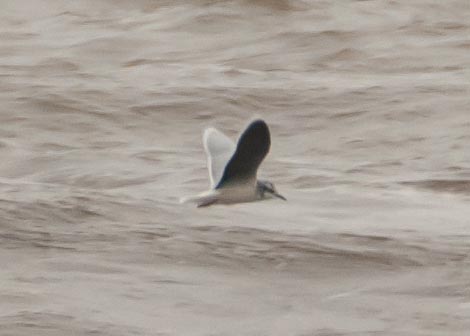 This was followed by a couple of geese. I noticed two 'things' feeding by a pool in a field and Garry scoped them, a Dark-bellied Brent and a juvenile European White-fronted Goose. More wildfowl was on the cards as 2 Red-breasted Mergansers flew south overhead.

We wandered back to the cars and picked the Iceland up near Ulrome. Garry headed off to try his luck there whilst I decided to check the hedgerows for patch year ticks. This proved a decent decision with Greenfinch, Coal Tit, Sparrowhawk and Fieldfare added to the patch year list. I saved the best for last with at least 5 Woodcock flushed in and around the pine plantation. Sweet!
Posted by James at 15:51