Essentially there is a set of conditions specific to the islands of southern Scandinavia where it is profitable for female Collared Flys to mate with male Pied Flys in order to gain a healthy mate that will raise offspring. Offspring that could well be the result of pure albicollis parents due to extra pair copulation. There is a chance of hybrid offspring which is more desirable for a female than be spending a season unmated as male offspring are fertile and often successful in passing on their genes. Female offspring are sterile and their reduced fitness often leads to death in the first winter.

There is an interesting flycatcher at Spurn at the moment. Wing length too long for Pied but rump pattern not conclusive for Collared. Mild, K. (1994) Field identification of Pied, Collared and Semi-collared Flycatchers – Part 3: 1st winters and non-breeding adults. Birding World, 7(8) 325-334 mentions that 1st winter Ficedula flycatchers are all diagnosable on rump pattern. This bird isn't. Why? I am no expert on black and white flycatchers so I wont be dissecting the id from pics but my inclination is to believe at present this is a 1st w hybrid albicollis x hypoleuca. As a tick hungry tart I would usually bury my head in the sand but this is my reading of the situation.

As for other birds recently I managed a seawatch on sat which produced 2 Sooty Shearwaters, 2 Arctic Skuas, 1 Great Crested Grebe, 2 Whimbrel and a few other bits and pieces. I met Jim and we went on the quiet boat out of brid for a princely single Arctic Skua, nectarine and Purple Sandpiper combo. Dipped the local crane twice but I will see it.
Posted by James at 22:06 No comments:

In an attempt to make these posts more 'interesting' I decided not to post everyday. Otherwise it would be dross like. I went to lincolnshire. I saw a bird. I went home. And frankly - who wants that? No one. What people want is pretty pictures. Like of Kingfishers and stuff. So here is a Kingfisher doing pretty.

In all seriousness I went to Lincolnshire on Tuesday hoping, nay praying that the Sharp-tailed Sandpiper was refound. It wasn't obviously but I made do. An early start saw my first interesting birds appear as I hit the high tide roost. The Kingfisher above was hovering outside the hide window and then sat down so that even I could get a bad photo or two. The rest of the roost was pretty steady. A handful of Knot, a couple of hundred Redshank. Oh and 3,800 Black-tailed Godwit. And these boys were all packed in as you can see below. At least 10 were colour ringed but several were doing things like standing knee high in the water or on one leg making reads partial or impossible. So far the info forwarded me indicates one possibly two were from Portugal & one was from Iceland but any further info I will divulge when I get it. Might even whack together a bad google map. 4 Avocet were pratting about as well.


The count was fairly uneventful as large numbers of birds decamped onto the foreshore. Loads of juv Yellow Wagtails were on the sea wall joined by a few Common Sandpipers. No interesting gulls were seen but I did record Avocet on the foreshore for the first time along with a number of Turnstones.


After the count was done I decided to go for my backup lifer - the Semipalmated Sandpiper at Alkborough flats. This distant bird showed well in miserable conditions and whilst it was too far to see the semipalmations the super was resolutely not split and thats all I had really to go on. Having looked at pics on the interweb of the bird the bill looks deep based and the scaps seem better for Semi-P over Little Stint BUT who am I to judge with a lifetime experience of 1 Semi-P and a handful of Little Stints, none of which have been adults. What I could discern was the wader that dropped in infront of me was a very nice Wood Sandpiper. This along with a few flyover Greenshanks livened up procedings. Rather bizarrely a Fulvous Whistling Duck was present on the lagoon with Shelduck. My second Marsh Harrier of the day drifted over the reeds upsetting most things but not as much as the juv Peregrine that hammered through, failing to catch a cold.

In other news this week:

Right im off to think about how wonderful the Champions league is. Im a Spurs fan.

I realise that this blog has become a little stale in its writing. I was going to put recently but that would be a lie. Probably since I became a dad and I started working at Hull University. Thankfully I have had some pretty awesome wildlife adventures both professionally and personally to provide material but this will not go on. This is the end of the old ornithological idiocy. And its rebirth. I promise to try harder if you will dear reader (thanks Phil!). I will try ot to make this an A-Z of what birding I'm doing but a labour of love as when I started. I mean who can beat such a puntastic blog post header as 'Shag In Benidorm'? I may even be proud of other elements of the blog but at present I can't remember these. Plus if I keep mentioning small black pelicaniformes and valencian versions of Blackpool I can keep myself high in the list of things that appear when you google shag and benidorm. Or sex and benidorm or any of the other key words I have hidden around the blog to improve traffic. Transvestite Lesbian Dwarf Sex. Dammit that was meant to be hidden. So in the spirit of the Ornithological Idiocy Improvement Campaign or OIIK lets begin.

Lets talk calidrids. There are two currently bimbling about the Humber estuary that are currently of maximum interest. This morning with every intention of diverting the Sharp-tailed Sandpiper left Patrington and I diverted to work (I say diverted, I mean kept going as they both require visiting Kingston-upon-Hell, however briefly). Obviously as soon as I got the work PC fired up I was treated to news of the birds movement along the Spurn peninsula. This particularly hurts as John Sadler, whom I was gassing to at the birdfair managed to score last night. Nicht sehre gut. The last 'Sharpie' was in a similar place three years ago, as I was starting to twitch. The blow then was softened by finding a Great Shearwater the next day. I am unlikely to find a Great Shear tomorrow BUT I am surveying around Killingholme Pits and am thus in the game for a good bird. Some decent shots of the aforementioned Sandpiper are on the following link:

In addition to this, the Semi-palmated Sandpiper has been pinned down to another work site - Alkborough Flats (we work on most of the realignment sites on the Humber). This seems to be sticking and will hopefully be about tomorrow for a quick homage.

My real birding was limited today to THE Turtle Dove. I saw the bird on the way to work (after a week) so was ready with the work camera on the way back. Only its not the Turtle Dove - its three Turtle Doves. Here is the best I managed of the middle bird. The first was so scrunched up it was terible and the third flew quickly.

Note the jaunty angle due to shooting from an open car window from below.

The second to last item on the agenda is to update the links. I would like to thank Pete Mella for his glowing recommendation on Steel City Birding. This site is a charmer from keen birder and regular contributor to the birding glossies. Another from South Yorkshire is Birding Frontiers by the Frontiersman himself Martin Garner. You will learn something from his blog! Lastly for now is Reservoir Catz. You have probably read this over and over. It takes up exactly where McKinney left off all those years ago. Coincidence? You decide. By reading it. Lots.

Lastly I would like to make a full and public apology for calling Hobbies also rans. They are the best birds bar none. I love em.
Posted by James at 21:17 4 comments:

Blogger seems to have gone nuts and messed around with my photos. We shall however persevere. Just got back from London where Ring-necked Parakeet was finally added to my British List. Also rans included a Hobby in Sunbury Park, Common Tern on the Thames and some screechy Jays. Much more fun was a day at Legoland followed by another at Hampton Court. West London fringes are quite pleasant despite the invading Psittaformes.

The return was punctuated by a brief stop at the Birdfair which was curtailed by my daughter becoming increasingly fractious. We did however get a super print of a Spatuletail. My wife was frighteningly engaged and ready to part with her money. Always a good sign. Whilst I was away the Semi-P has turned up again - now at Alkborough Flats whilst tonight a Sharp-tailed Sandpiper has been bird-spotted at Pat Haven where we do our winter counts.
Posted by James at 23:21 5 comments: 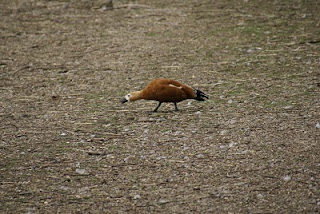 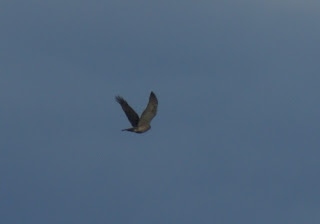 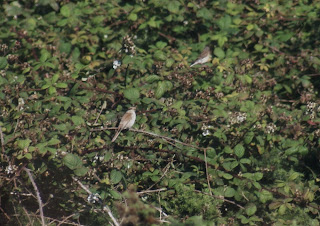 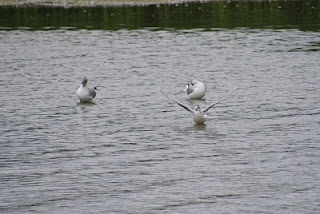 Was back up in the Moray firth this week. Another successful trip with some storming sightings but yesterday was dore for the last 4 hours. Best bits of the first day were 25+ Sooty Shearwaters, 3 Manxies and 3 Whimbrels and a Grey Phalarope. Mammal wise it was sparse save 15 Minke's. Stars of the day however were suprisingly the fish. First up was a surprise Sunfish waggling its dorsal at us. Only a small fish but hey giants awaited. 4 Basking Sharks greeted us at the mouth of Wick Harbour. 3 were between 2.5-3.5m. The 4th was enormous and I wouldnt care to guess how big. And i got a few pics. The second day had a few highlights (2 Storm Petrels, 1 possible Leaches - distant!) but was largely quiet. The best were mammals with a Minke spitting distance from the boat and 3 distant Bottlenose Dolphins motoring past.

Whilst there a good fall occured in Yorkshire plus a Syke's Warbler in Northumberland. No fewer than 4 lifers including three potential county ticks. Today I tried to right this. Got home and a shower & shave later I was at Hornsea Mere with the Little Gulls watching the juv White-winged Black Tern. Corker and about time! Got some photos and these will be on here shortly. Also an Avocet and an extremely wild Ruddy Shelduck. From here I visited Flamborough where I failed to see the Icky & RB Shrike due to no scope. Doh. What I managed was a couple of Whinchats and a Spotted Flycatcher. Also a medium sized juv accipiter flushed off a kill and although female Sparrowhawk is most likely I coulndnt rule out a juv small male Gos. Natch!

Just before I went a dip of Dotterel at West Carlton was annoying. The Tern took the UK list to 310 and Yorkshire to 276. 4 year ticks (phal, tern, Little Gull and Spot Fly took the year list to 202)
Posted by James at 21:28 No comments:

Its getting too late for a proper catch up so here is a summary of whats happened.

My internet connection has disappeared due to a wife related incident and I am currently waiting for a new router but I do have several tales to tell involving reptiles, birds, mammals & insects so a varied lot. Other housekeeping stuff - unfortunately in a battle to prevent the chinese spammers I have had to put all posts to the blog under moderation. Anything related to this blog and in english will be published. Even if it is a direct insult! Post in chinese and it wont make the cut. Hopefully the router will be up and running this week.