Martin Garner of Birding Frontiers has suggested that the Barmston Iceland Gull may be a Kumlien's Gull. My pictures aren't really good enough but some dark pigmentation in the outer webs is visible in the open wing shot and 4 darker tips are visible in the closed wing. Allied with the moult timings this is suggestive of kumlieni although whether it is clinchable who knows. 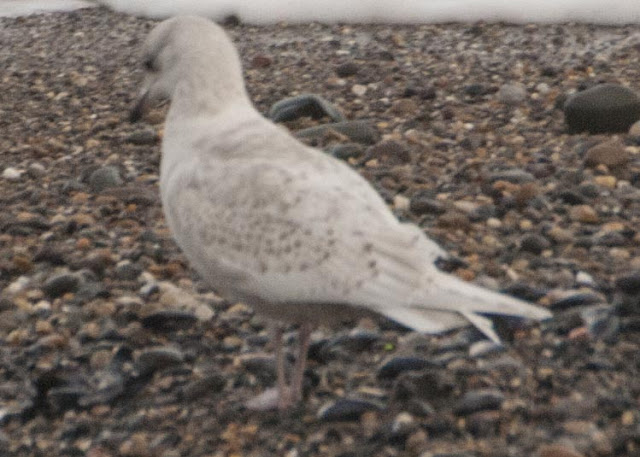 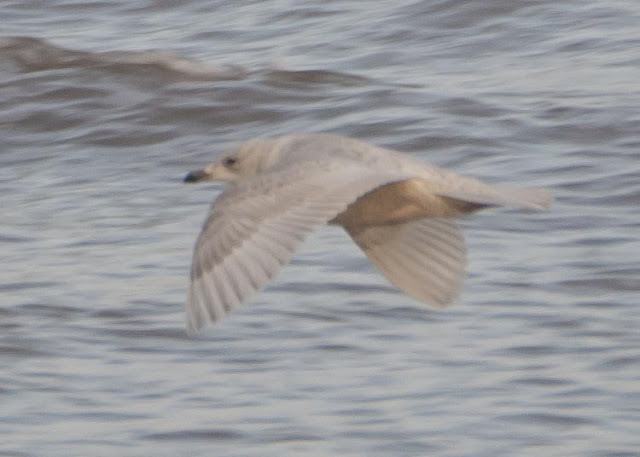 A brief foot it walk today failed to turn much up aside from a heavy overhead passage of Common Gulls despite snowy conditions but a group of 4 Yellowhammers visited the garden today and a male Reed Bunting was present briefly yesterday. These are expected fare with snow on the ground and hopefully I am able to add more species to both my Foot It and Patch Challenge lists.

In addition to these patch challenges I am also taking part in a local pan-species challenge which you can find on Robert Jaques blog I've Never Killed A Pipit. Link is also now on the sidebar. I have re-added Pink Cuckoos to the links as Jess has started posting again (hurray!). Also Blogs added for Keith Dickinson, Ken Graham and local nature blog The Wold Ranger.
Posted by James at 22:02