Patch Diver and some Devonian Stuff

I'm currently residing in Somerset for the next few days so I'm catching up on the blog. Not a huge amount to report. I managed a midweek visit to Barmston on Thursday and added a few species including Dark-bellied Brent, Shelduck and Common Scoter. Better than that the Great Northern Diver was still present and a second bird was off Ulrome. Plenty of Red-throated Divers and Great Crested Grebes were offshore but not a huge amount more. Nice to be back. 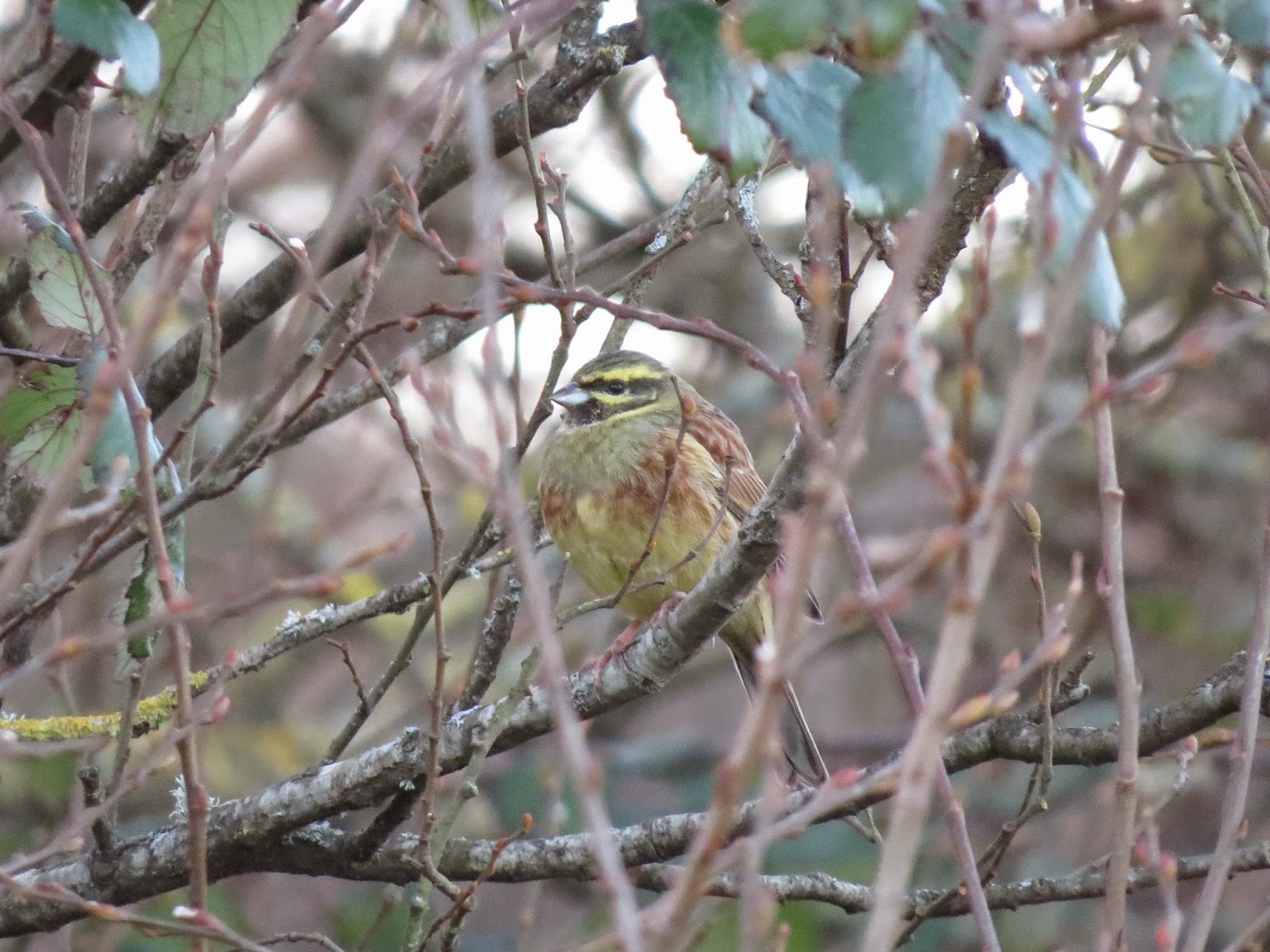 Today after work we visited south Devon with a flying visit to Dart's Farm where neither the Penduline Tits or Black Brant were present. Moving swiftly on to Broadsands we connected with several NGB members and at least three Cirl Buntings including this rather smart male. Offshore there were four species of grebe with single Red-necked and Black-necked Grebes along with a brace of Slavonian Grebes and a couple of dozen Great Crested Grebes. Pretty decent! Now back in Cannington - maybe burgle a few birds from Rog...
Posted by James at 21:30 No comments:

I managed a couple of days at Barmston on the 2nd and 3rd January hoping to refind the Little Bustard and also to get my 2015 Patchwork Challenge off the ground. As you can probably guess there was to be no Bustard but there were plenty of decent birds including a few I hadnt managed to connect with in 2014 or infact before at Barmston. 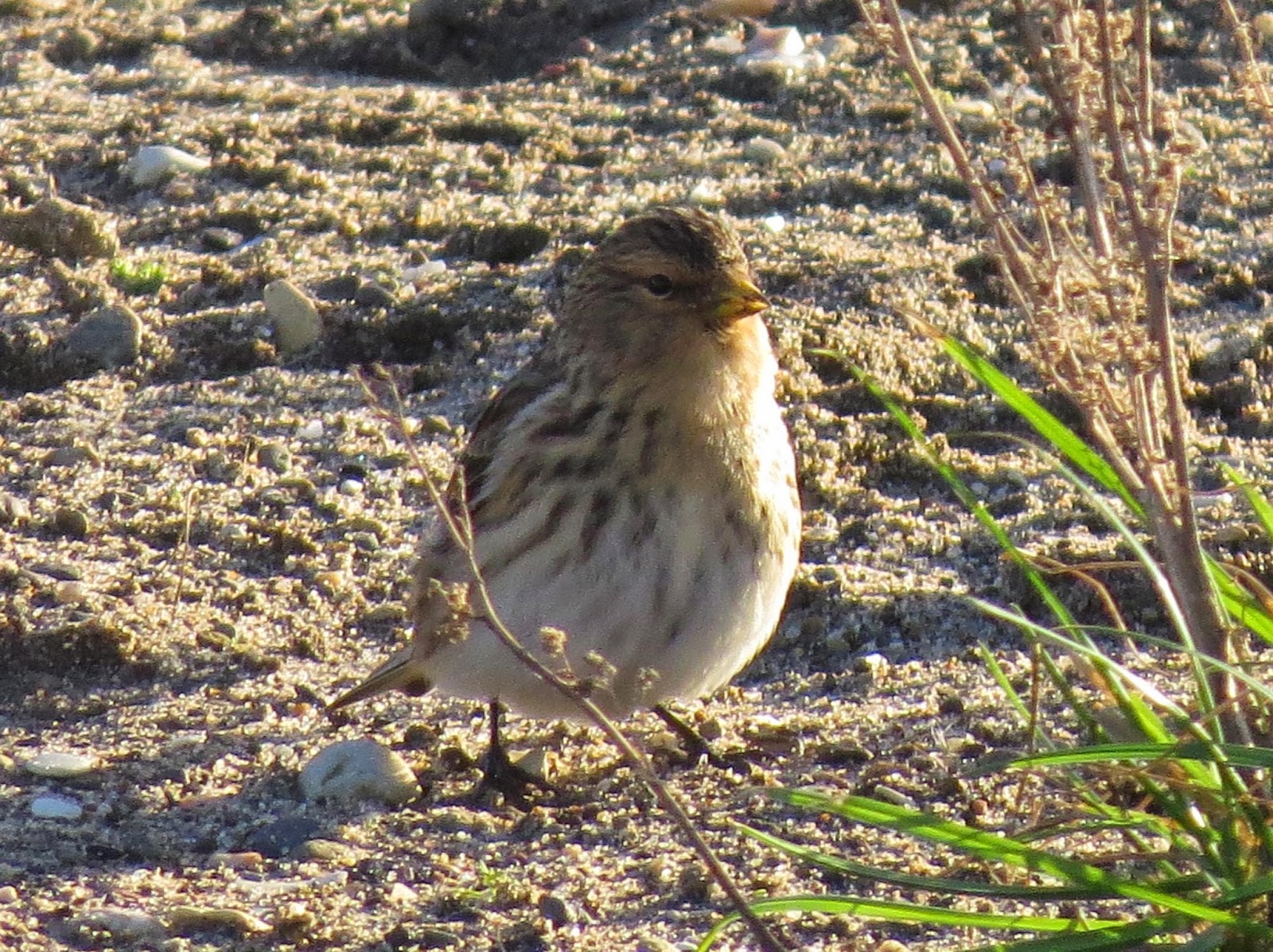 A bit of seawatching produced the usual handful of Red-throated Divers and Great Crested Grebes. Nothing too crazy and not a lot moving so I tried to add some waders with Sanderling, Dunlin, Grey Plover and Ringed Plover falling quickly. The first bonus was a Purple Sandpiper on the beach with the Sanderling. I failed to register any here in 2014 so it was a good solid two pointer to get under the belt. I turned round to watch the bustard dippers for a minute and noticed a blue-grey lump in the field between the bustard and my patch boundary - Peregrine and another species I didnt manage to record last year. A further 30 yards behind the dunes on the field edge and a small flock of Twite twittered around my feet. These were so tame it was untrue. 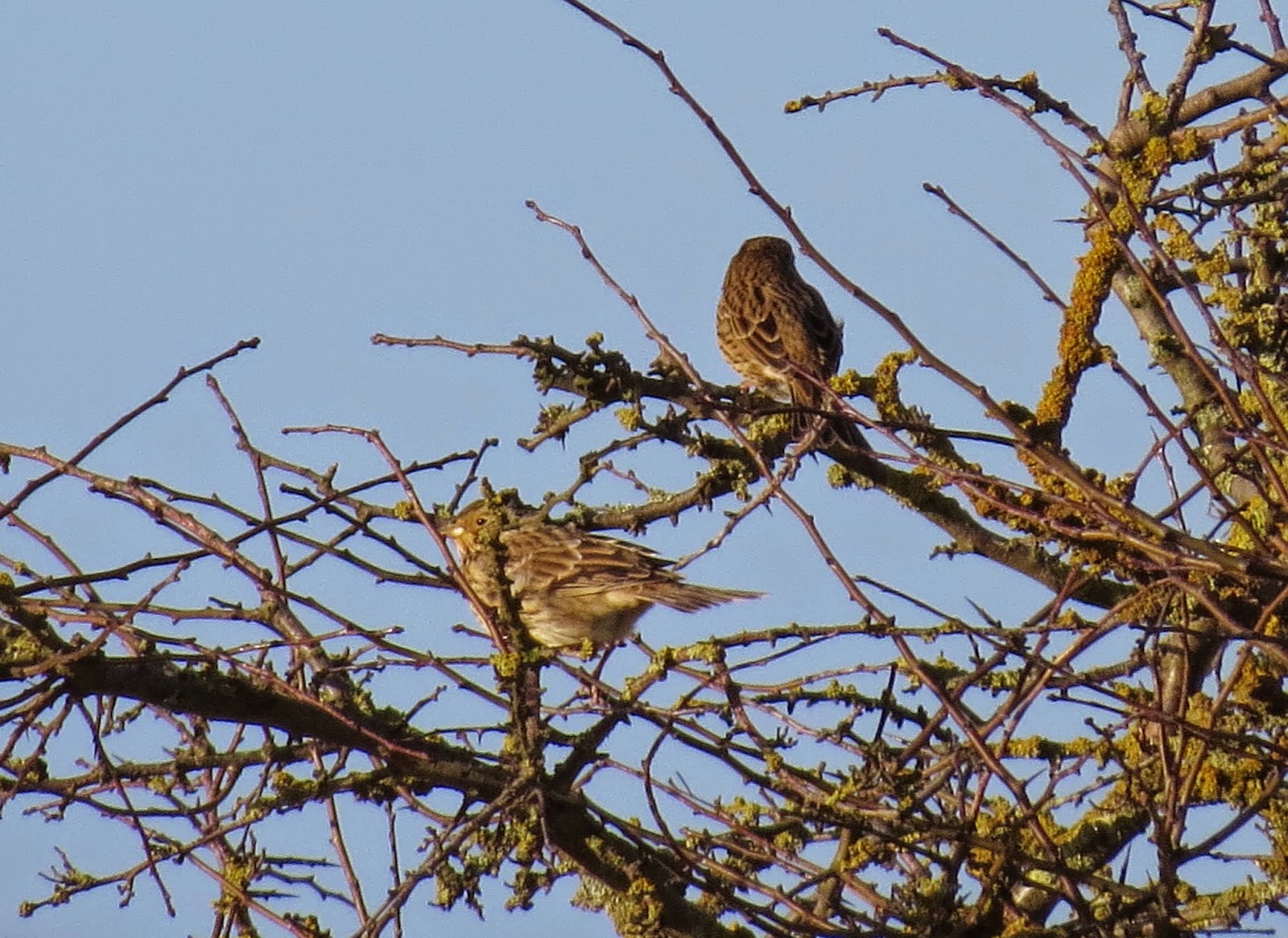 Further up the drain was a mixed flock of finches and buntings which held the first Yellowhammers, Tree Sparrows and at least half a dozen Corn Buntings in what is a stronghold of this rapidly declining species. The final surprise from the 2nd was a female Bullfinch on a feeder in the caravan park. With the weather as it had been I was looking for potential northern birds but this one was bog standard sized with a grey wingbar and went 'peu'. An absolute mega and a full patch tick. 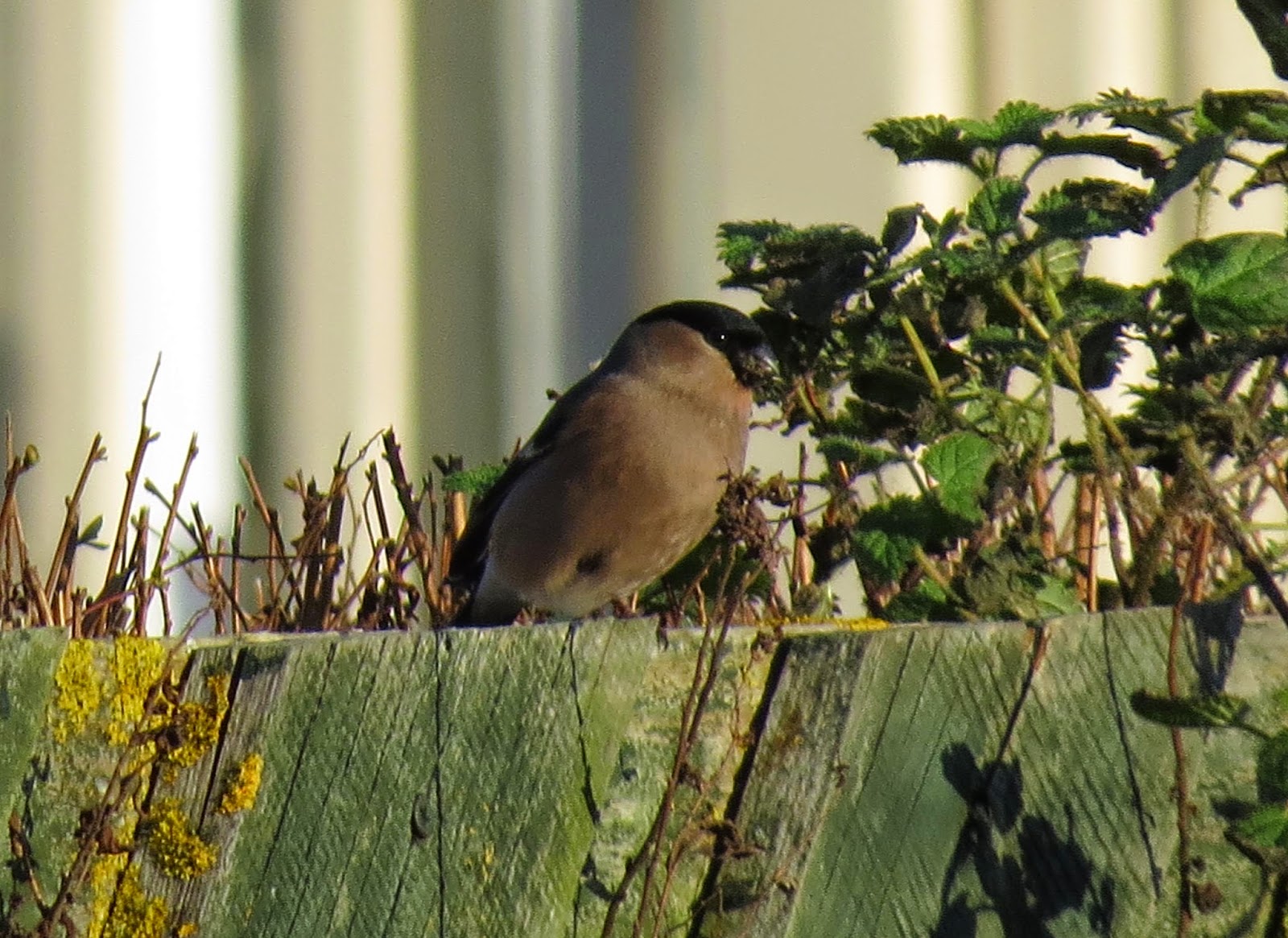 The following day also saw time at both Barmston and Ulrome. Initially it was pretty quiet and I was a little disappointed but then I started picking Red-throated Divers congregating over a kilometer offshore. As I was watching these I picked up my first scoters of the year but these ones showed gleaming white secondaries. Velvet Scoter was another patch tick albeit not unexpected and a distant delight with a male and female heading south before ditching off Ulrome. After the blank 2014 for them both Peregrine and Purple Sandpiper put in their second appearances of 2015 in just two visits. The former was a different bird to the previous day as it was a 1w male (the other was adult but tricky to sex sat in a crop).

A few auks popped up inshore and after much scanning I had both Razorbill and Guillemot in the bag. Whilst scanning through these and the myriad of Great Crested Grebes a large diver popped up not far from the shore - an adult Great Northern Diver still not fully moulted. There was plenty of patch list padding going on but things quietened down after this so I went home delighted with my 2 patch ticks and a PWC tick plus 56 species and 64 points with plenty of easy stuff still to go. Ps I saw a fox today... 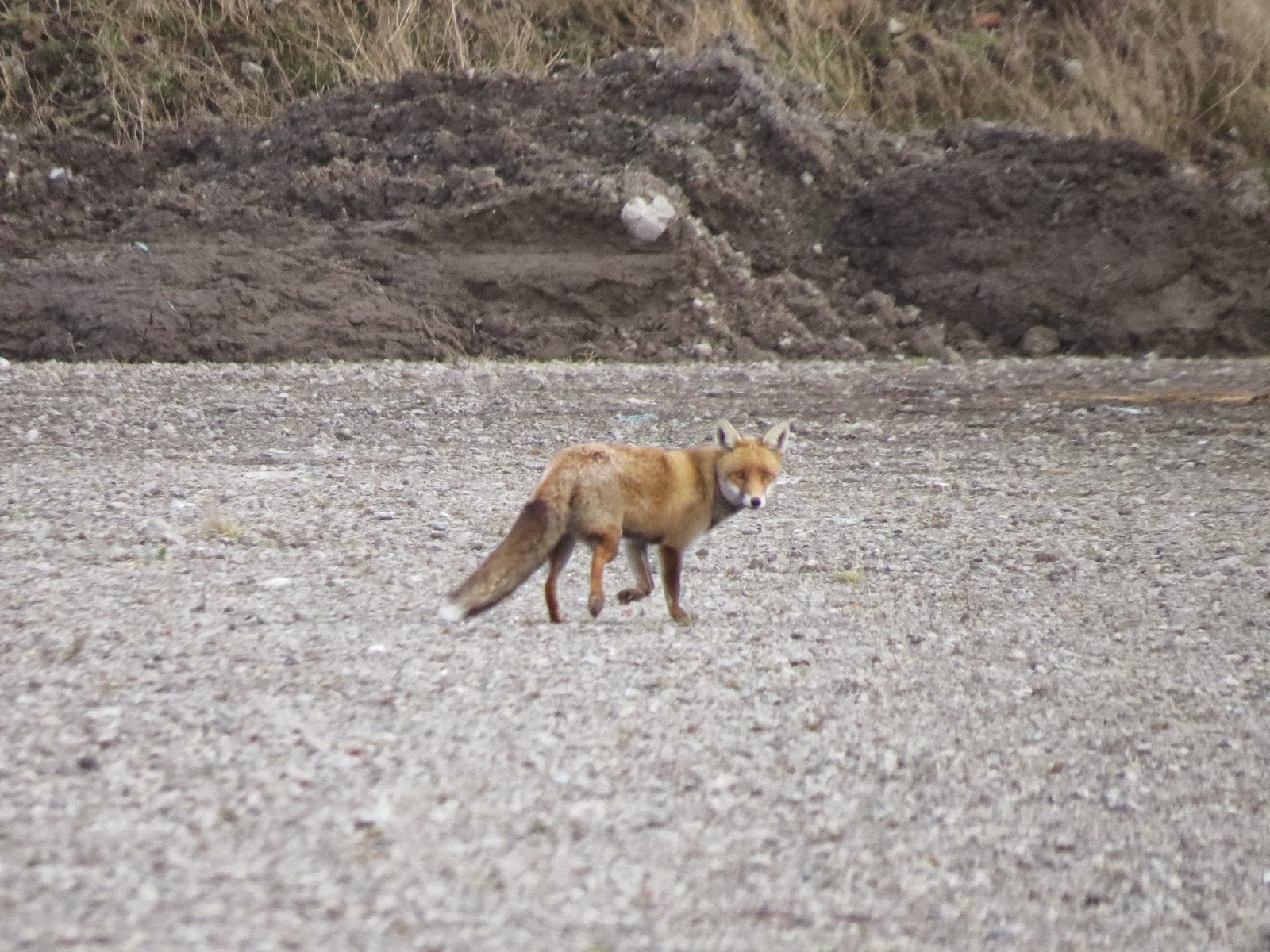 So I didnt get this on my 2015 patch list as there were rather too many twitchers but it showed pretty close and didnt just sleep the entire time. Sadly no views of the wings but I have a feeling this bird may not be too hard to see over the coming weeks and months and I remain hopeful it will find itself 800m further south on patch. 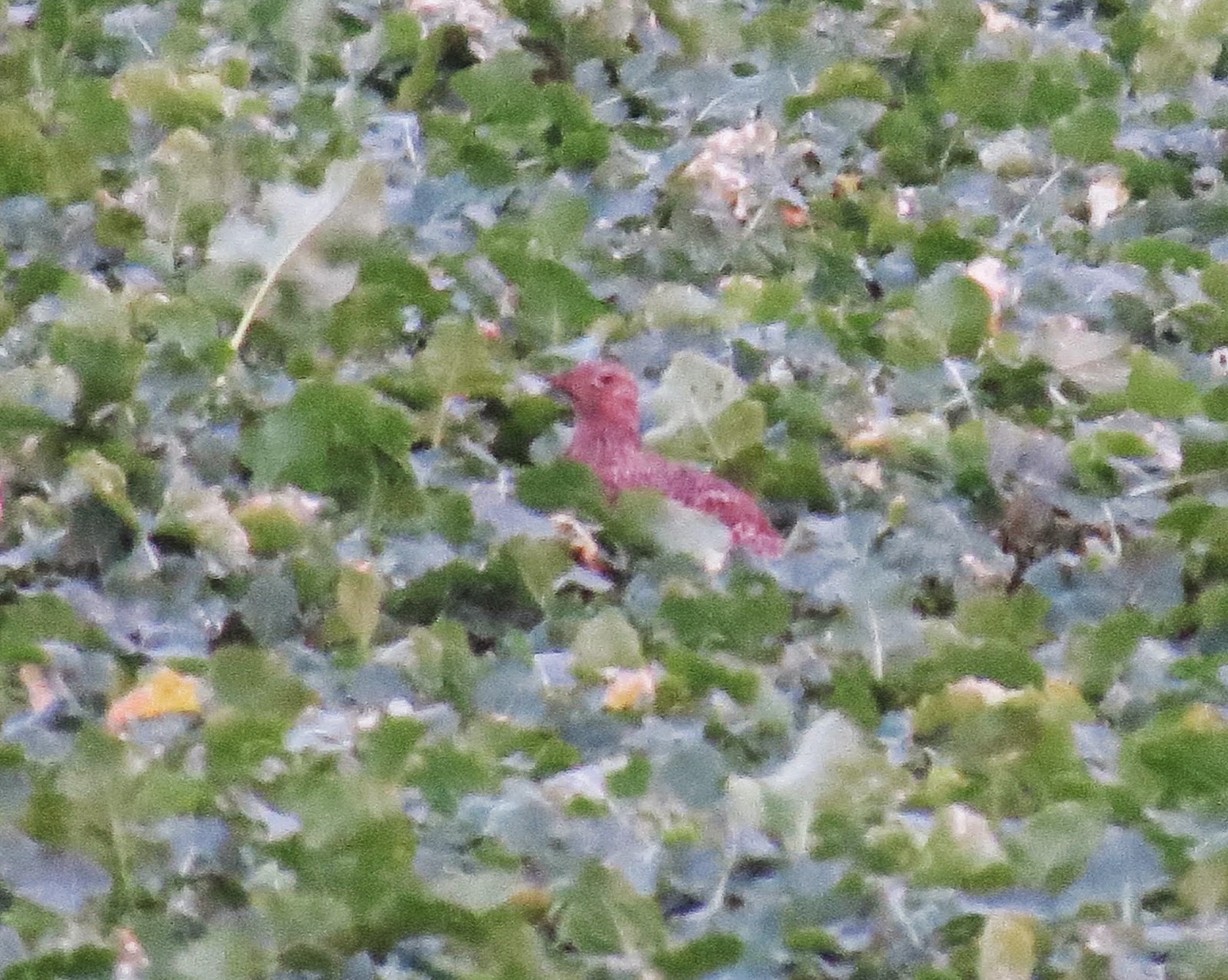 On Monday I went out with a few of the guys I met on through birdforum way back in 2006. Seems like an eternity these days. We had a mooch around the Scarborough area mainly gossiping but we did see the Cloughton Wyke Richard's Pipit and the Grindale Rough-legged Buzzard. Better than those was seeing the guys again. 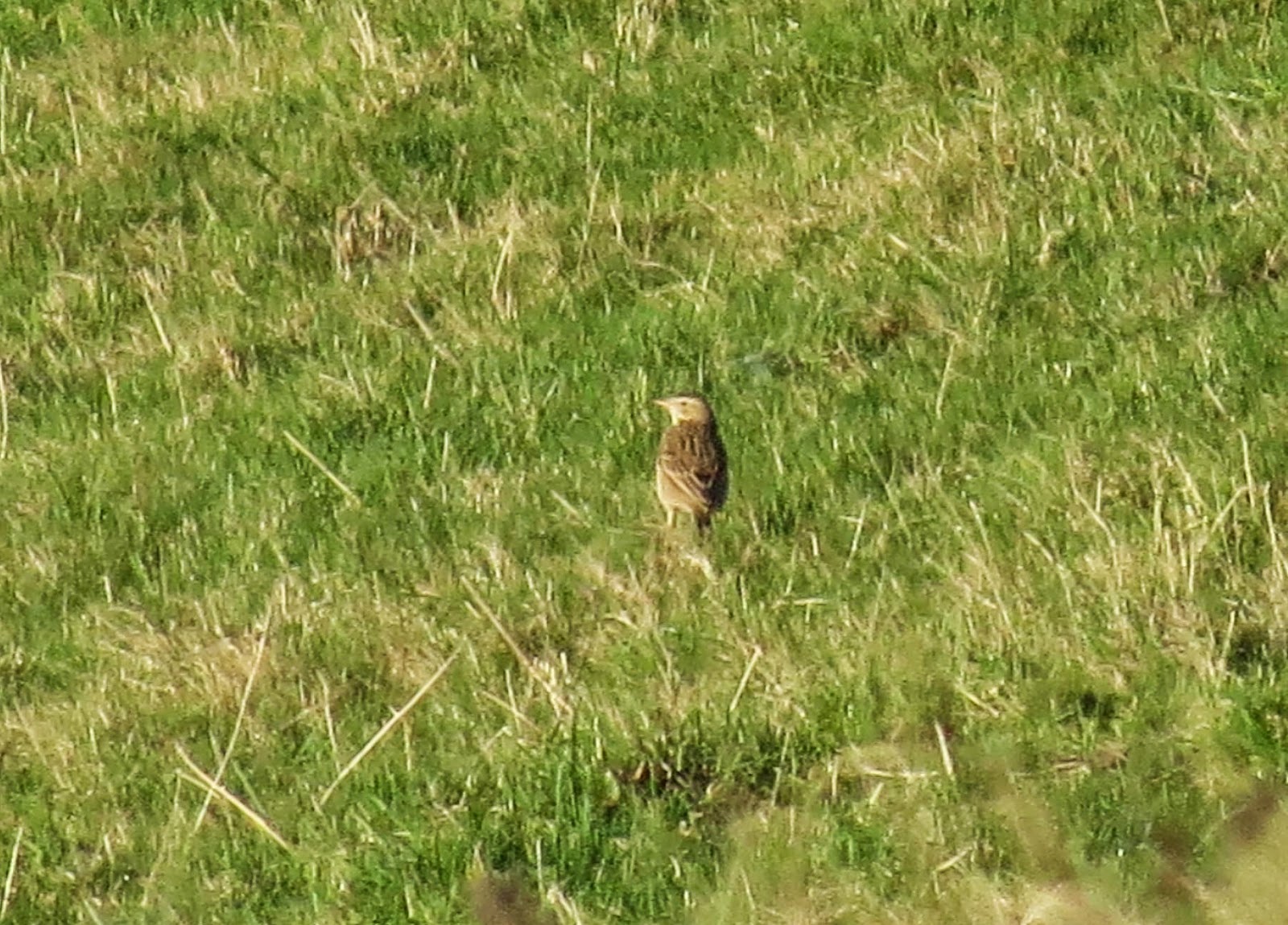 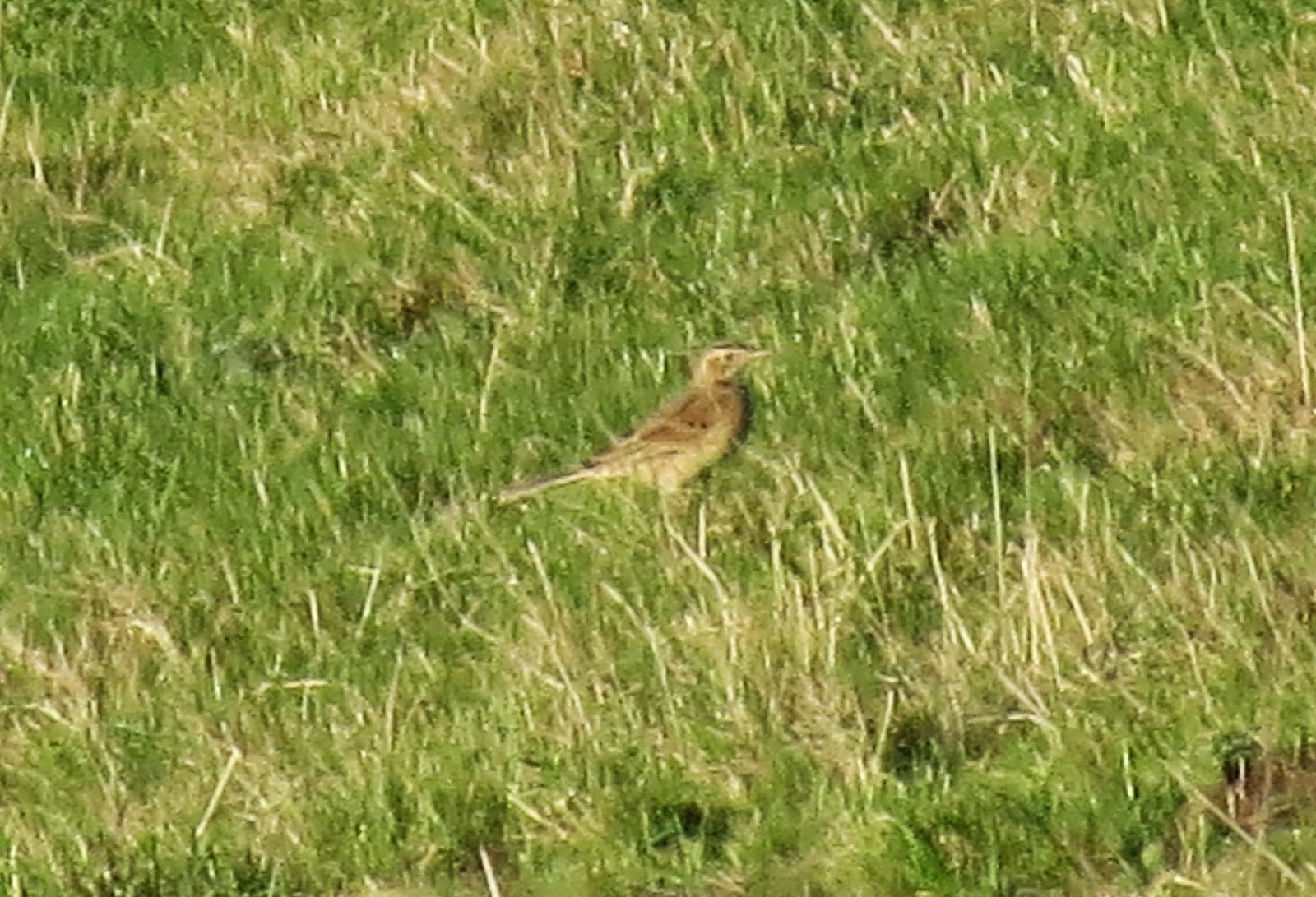