Last week I had the pleasure of counting Shelduck in Somerset for an infrastructure project and whilst I was there I managed to get a little bit of birding done. The nearby Steart WWT reserve was a boon as there had been a Grey Phalarope in the pools by Steart Gate and also a Wryneck on the Coastal path. 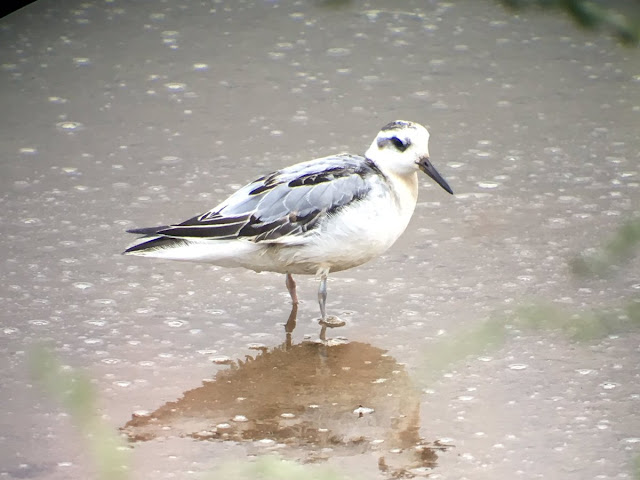 As well as Shelduck I managed 6 Curlew Sandpipers and a Little Stint amongst the throngs of Dunlin and Ringed Plovers. Once work had finished on the first day I walked back to the car via the coastal path and saw the Wryneck scrubbing around on the deck. It was really relaxed as people werent pushing it for an excellent view so most of the time it was head first in an ant nest with just its arse showing as in the picture below but on occasion it would hope up and give a lovely pose before settling down again. From what I heard it got booted a lot of the time so I was lucky to get such extended views.

After work on the Monday we headed to Cornwall as there was a window of opportunity for a few large shears and we hoped to get a couple of hours at Porthgwarra before it got dark. Roadworks nobbled our time but we arrived in Penwith with 90 minutes to go before dusk when the fog closed in. Its a long way from Somerset to the end of Britain and three hours is a long time to journey for nowt. Thankfully the local Chough kept us entertained as we got marvellous views despite the dodgy visibility. Sadly the seabirds didnt play and we could hear but not see the runnel stone and a handful of Gannets, Fulmars and Shag were our only reward. 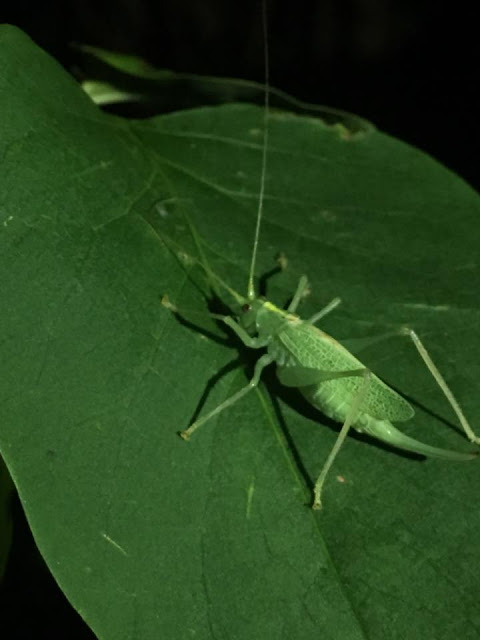 On the Tuesday after work I was knackered and slept for an age waking up just before dark giving me just time enough to connect with the Grey Phalarope at Steart WWT. It was point blank near the Wall Common Borrow Pit and didnt care about my presence feeding merrily in shallow pools littered with invertebrates. Myself and Paul who I work with decided to do some invert searching on the walls of the B&B we were staying in. As it is an 11th century manorhouse there was plenty to be seen. Spiders galore with Steatoda nobilis, Zygiella x-notata, Walnut Orb-Weaver, Clubiona sp and plenty of Amaurobius similis and A. ferox plus the odd Eratigena atrica. Other invertebrates were in short supply but there was a fine Oak Bush Cricket which was new for me and a large bat species was in one of the bushes and scrabbled out of the spotlight before identification.

It had been a profitable August on patch with additions including Coot, Merlin and Hobby. As my youngest was starting school this week and was only in for a couple of hours in the afternoon I filled the time between dropping her off and picking her up with some casual patching. This paid dividends as a Red Kite drifted over the village at Barmston as I arrived before continuing south over the fields. A Snipe was a belated year tick and I also managed my second patch record of Gadwall with a pair in the bay. Coming back the following day was more challenging but a smart adult dark morph Pomarine Skua battled south against the wind close in with sad looking spoons which were very battered. A few Teal and Common Scoter were also moving but my visit was brief as I had to pick up Abby from school.