Just flagging up a new link for expatriot Yorkshire man Paul, the proprioter of Cornwall Birding. Its a cracking website full of rare details, pics, gen and all round goodness with a cornish slant. Make sure you have a look.
Posted by James at 00:59 No comments:

Is that a crow?

No you dumb fuck, thats the Black Stork. You know the fact it was black and white and 3 times the size of the attendent crows gave me a hint but some dumbass got terribly confused. Admittedly it was at about half a miles distance so not optimum views but not bad. A bonus Pere and Buzzard with a Greenshank giving the Pere the slip. Just. Was a pleasant start to the day. But. The Ibis came back on the pager at Swilly just as I got home. Fucker. And. And im not on the west coast of Ireland which if not literally sinking under the weight of yankee warblers (they dont weigh much) it is metaphorically. 2 Yellow Warblers and a Northern Waterthrush sound good to me. Mind you the yellow warbler wouldnt be a lifer and as I dont count Ireland as UK then it'd only be a WP tick. That and I cant afford the flights (need to justify it somehow!).
Posted by James at 11:35 2 comments:

Mass apologies oh sacred readership. Im sorry Im not posting regularly at the moment. Im sure tales of Little Stints and Gulls would have your appetite truely whetted but Im busy saving my passes as the lexicon goes for a special Autumnal assualt on the East Coast rares of 2008. Whilst no birding has forgone in the last couple of weeks Im relieved to tell of a good Yorks bird on my old stomping ground, the LDV(ish). Apparently there is a juv Black Stork on Cawood Ings nr Escrick and tomorrow I WILL see it. As one of the birds that got me fired up on birding in the first pace its only fair i pay due diligence. Especially after last weeks debacle of a non attempt at a Yorks tick in the form of Glossy Ibis literally outside my wifes old school gates (shes a teacher, im not a pervert). ANywho, enough porn thoughts for today back to the matter in hand. Ive just wasted 90 minutes of my life watching American Pie: Beta House. Dont do it. Thakn good for the powers of Pinot Grigio.
Posted by James at 23:50 No comments:

Spent the last week in Northern Cornwall at a little village called Delabole. Very wet and grey for the most part but had a corking time. Visits to the Eden Project, Newquay and Rock/Padstow were interjected with 3 days of birding. Last Sunday I spent the morning on Gwennap Head. Scored a lifer in the form of Balearic Shearwater, infact quite a few of em. On the walk up to the watchpoint flushed a Peregrine from the path at a distance of some 10 yards which made me jump. A couple of bonxies went through nose to tail, as did an Arctic. A slow stream of Manxies went through with one every few minutes but with the strong SW'ers that had been running for a few days I was hoping for something better. A couple of Sooty Shearwaters went past but we were getting hungry. Nipped for a pasty and upon coming back found out a Cory's Shearwater had gone through. This was to be the theme of the week. An afternoon trip to the Hayle Estuary produced up to 20 Little Egrets and many gulls and Curlew. Nothing good amongst the gulls unfortunately. A Common Sandpiper and Oystercatcher were the only other waders on a falling tide. Rain forced me home. Various Ravens and Buzzards were seen throughout the day.

On the tuesday I got late word of a pass out and it was too late to travel a great distance so I made a trip to Trevose head. Initially it was very quiet but had a glut of small shears pass through on the back of a shower including a single Balearic - my first self found. 3 Peregrines duelled overhead dive bombing each other as close as you like. A Kestrel was acting like a hobby giving very vigourous chase to House Martins on the headland - i didnt know they were that good at flying. That said it was unsuccessful. Families of Wheatears buzzed around the headland and Id had my fill as the sea became very quiet.

On the Friday I made an early start and headed back to Porthgwarra. Scored and early Balearic followed by a slow stream of manxies with the odd sooty and balearic. A Bonxie went through hassling gulls and gannets and a sleek looking dark phase Arctic was nice but the biggest bonus was an adult pale phase Pomarine Skua - another lifer. A couple of basking sharks at distance were cool and a very distant large Shear was no more than a shape at about 1.5 miles out in the haze. Harbour Porpoises gave sprodic appearances. I dived off for a shot at Dartfords on the lizard and dipped those. Whilst I was away a Cory's went through. I returned to see absolutely nothing save a few manxies. Rubbish!

ps begging for a pass on the thursday failed as I had to hold my mates baby as the girls went shopping. 40 Cory's and 10 Great Shearwaters went passed Pendeen that day, my intended destination. Dammit!!
Posted by James at 09:29 No comments: 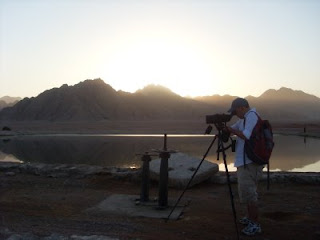 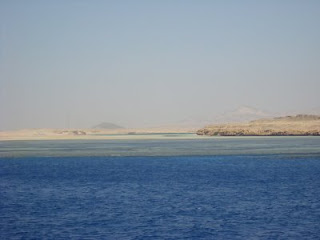 A week with my wife and a couple of friends on the Red Sea coast promised little in the way of birding, especially as I had been to Egypts Red Sea coast before. Despite this I managed the heady total of 9 lifers including a few 'Good' birds. The hotel grounds provided merely House Sparrow, Laughing Dove and Rock Dove - not a heady mix, with Laughing Dove being a pretty standard bird in these parts. A single Rock Martin over the pool on the 2nd day was the first lifer of the trip. Other birds seen on the Hotel complex were a few passing White-eyed Gulls offshore and a female Common Kestrel a couple of times harrasing the pigeons and doing passing trade in dragonflies. Can I just say at this point - if your going to Sharm, the Sunrise Hotels are rubbish (unlike the sister hotel in Hurghada which was ace). Food was bland and unexiting, service was poor and sullen and sunbeds which the signs said were unreservable had to be towelled at 4 in the morning to stand a chance by a pool. Fuck that! We booked into the 4 star Island Garden but upon arrival we were told there was no room and were moved to the supposed 5 star island view (the Island being Tiran Island halfway to Saudi Arabia across the gulf of Aquaba.

Back to birds, I was suprised to see so Little on the sea but we were in a bay and thus passage may have been occuring further out. Also the reef shelf wasn't massive and thus didnt prove to be a productive feeding ground unlike Hurghada which had Osprey, Sooty Gull and Caspian Tern as well as teh White-eyed Gulls. A single Trip to the Water Treatment Works on the Dahab road out of Na'ama bay was my only briding trip of the week. The first birds we clapped eyes on were 6 Collared Doves. A good examination ensued and I was satisfied witht the Rosy Breast, large collar and pale undertail that these were African Collared Doves. They had a vwery different 'feel' to their European counterpart despite looking very similar. Im unsure as to the status of African Collared Dove on Sinai but suspect that these were a good sighting. The second bird seen was a single White morph Western Reef Egret - further round a further 20 or so of these birds were seen including two dark morph birds. This was my 300th Bird for the Western Palearctic and a good one at that, 301 was a Whiskered Tern that dropped onto one of the pools next to us. A slightly unexpected find but I guess passage has started! Spur-winged Plovers were abundant and noisy as were 3 Black-winged Stilts that alarm called around the pools. Squacco Heron, Night Heron and Cattle Egret were all recorded very quickly with the first being another lifer. Several of each species were observed. 2 White Storks were flushed by my companion who as a non-birder had the fieldcraft of an Articulated Lorry. Sorry Mark, but its true! A further 2 White Stork carcasses seemed to indicate hunting around the pools as did the skeletal remains of a Reef Egret. Waders started to flush from the central pools witha few Common Sandpipers and good numbers of Temminck's Stint (lifer) and a small Tringa which appeared to be Green Sandpiper but by this time it was getting dark. Passerine interest was kept up by a nesting pipit like bird which the first I saw of was as it darted into its hole, never to return. House Sparrows flitted around and a few Hirundines flew over the pools. These consisted of a couple of Barn Swallows resembling savignii and Rock Martins including one juv that was sat on the side of a pool allowing very close approach. Unfortunately there was no sign of the Sandgrouse despite leaving in the dark. Perhaps the quadbike disturbance was too much or they needed half an hour longer.

A trip to Ras Mohammed failed to produce the hoped for Striated Heron amongst the mangroves (infact our guide point to some scrubby bushes and claimed these were mangroves). What was seen were many Lesser Crested Terns and a few Bridled Terns feeding amonst them. The ball and chain spotted a Dolphin sp. Probably a Bottlenose of some description. Little else was seen. On our way back to Sharm, a Brown-necked Raven hopped onto a lamp Post for a brief naked eye view. And thats the entire trip. Heres hoping Cornwall this coming week is more productive.
Posted by James at 03:34 No comments: