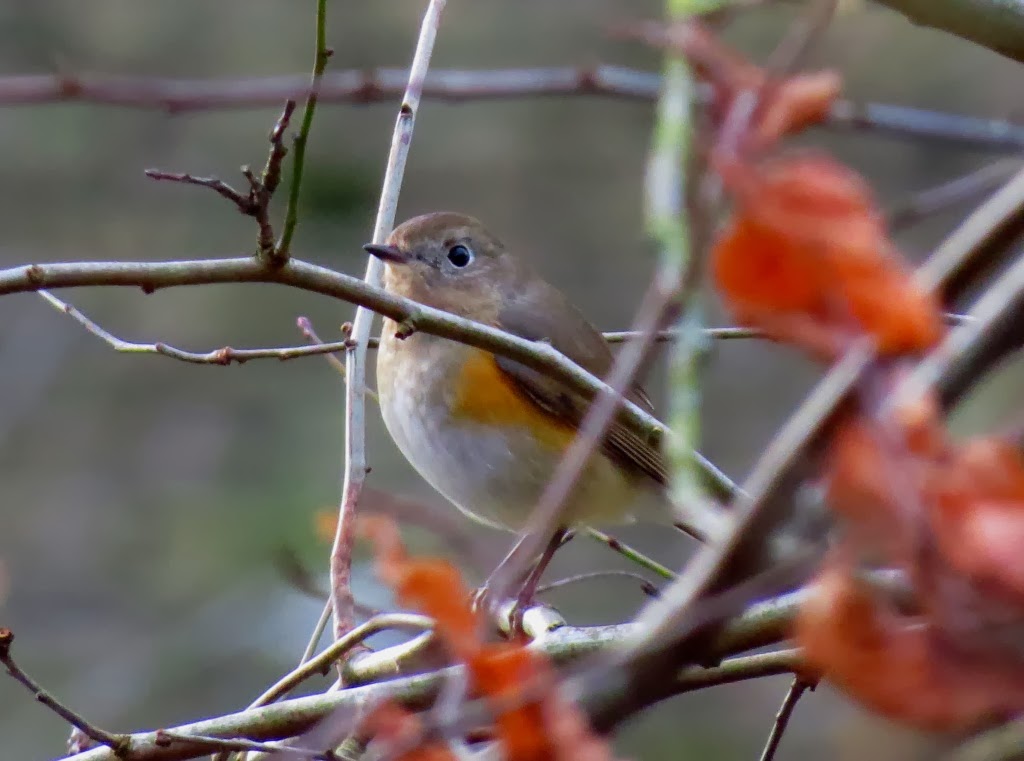 Dirty post work twitching. I am down in the South West at the moment and a prompt finish meant plenty of time to see my 4th individual of this formerly cosmic rarity. Pete and Chris were taking the googly-eyed chat in for the first time so a little dell aside a stream seemed an unlikely spot for a significant twitch. Only a couple of muppets in day glo jackets breaking the skyline and blocking in the bird were noted. With L series lenses naturally...

The day before a quick trip to Ham Wall/Shapwick etc revealed three Great White Egrets and 3 Marsh Harriers plus the showiest Cetti's Warbler I have ever seen. It really was a cracker. 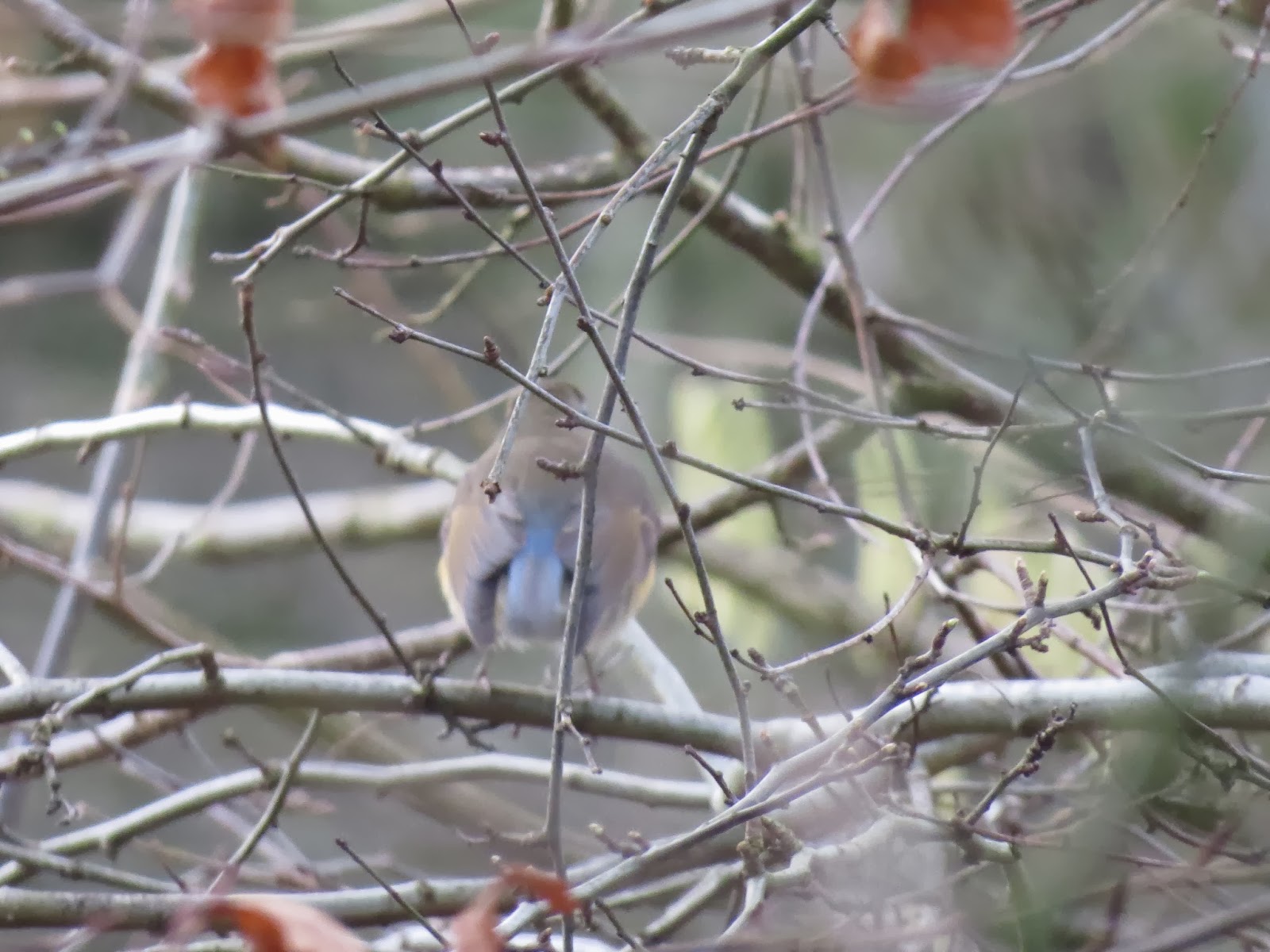 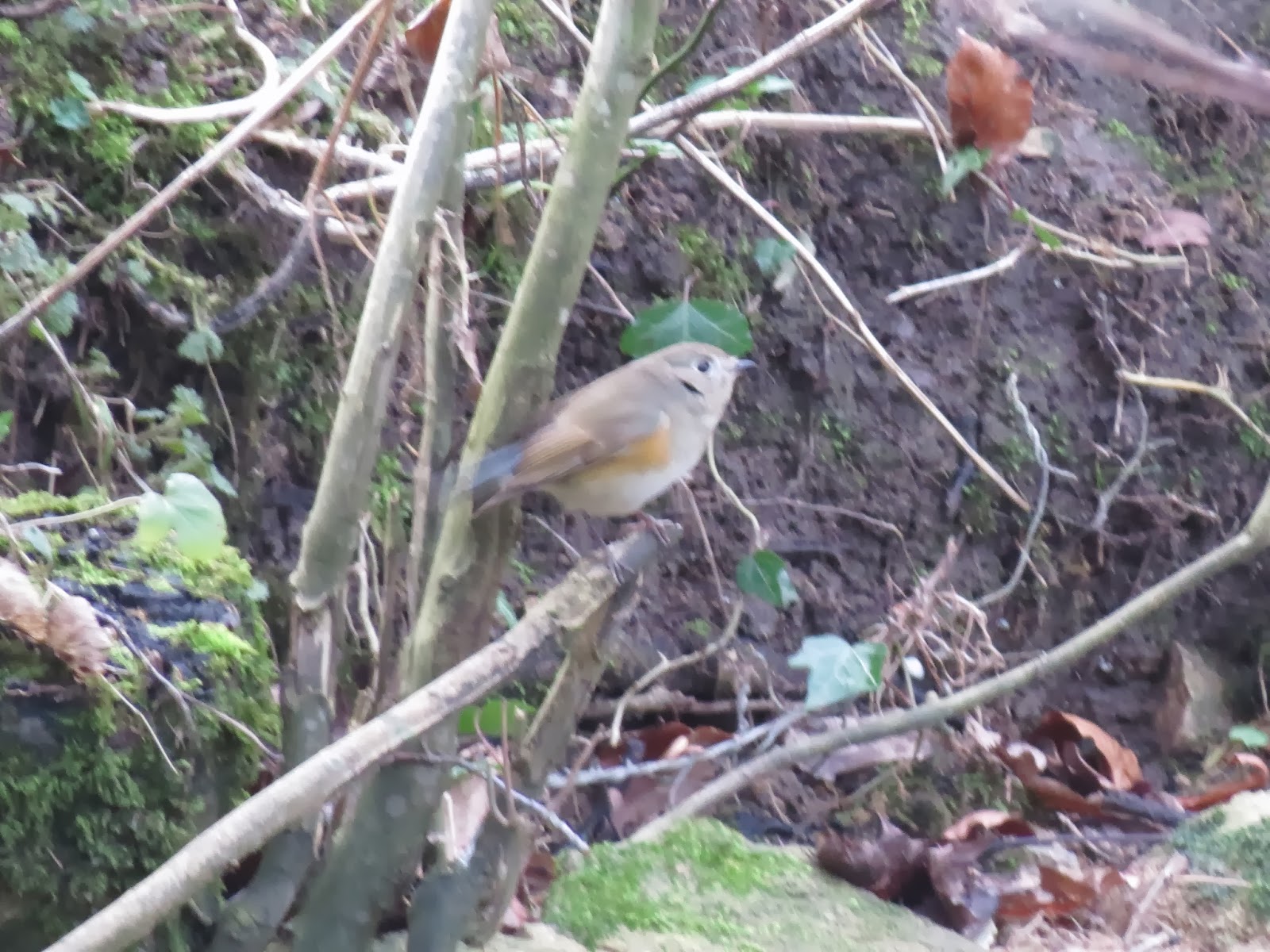 I managed another visit last Sunday briefly to Barmston in the hope of adding a few more species before the end of January to the Patchwork Challenge score. I was going to have a look at the woods to clean up on common passerines but this got postponed when the passage on the sea looked decent. Not a million birds a minute but a few Red-throats and Cormorants passing. Close in the first patch tick of the year, a lunking Great Northern Diver. Only a single previous record for me here and that was in the spring last year. Similarly scarce here are large auks so when a Razorbill went past at close range I was glad to have added it to the yearlist. It again was a single record job last year. The gull passage came thick and fast but no hoped for Little Gull.

I went for a paddle down the beach, aware that time was pressing as I had an urgent appointment with copious amounts of beer. Sat in the middle of the beach 300 yards north of the caravan park was the Kumlien's Gull which had been missing for 16 days. A strong three points (seems they have been downgraded since last year) but no find as it is wintering again despite filling the time criteria. A brief Dunlin south was also a new one but a pretty easy one. Still no Oystercatcher (or many other things). A quiet start to PWC 2014 with a few decent birds. Totals are 40 species and 45 points.
Posted by James at 09:56 No comments: