Started a days surveying at North Killingholme with my first Sandwich Tern of the year flying over my car as I crossed the humber bridge. Almost unbelievable that it has taken until now considering the time i have spent at sea...

The survey was steady with plenty of returning waders including a Common Sandpiper on the beach and a flyover Little Ringed Plover on the pits plus a 1st CY Yellow-legged Gull roosting on the foreshore. Oh and hundreds of Black-tailed Godwits. Obviously.

Went ringing yesterday at Tophill and got a ringing tick with Treecreeper plus we managed our first Coal Tit with a juv. A family of Long-tailed Tits and a number of juv Willow Warblers made up most of our catch of 20 or so birds.
Posted by James at 09:57 No comments:

Tis true - the best season is here. Must be - I have seen returning waders, there have been 20,800 swifts through spurn in a day and a Fea's Petrel has been seen in Cornwall. Personally I did a bit of ringing last weekend. Mostly dross but a single Turtle Dove in the road en route plus a minging Red-crested Pochard asleep on south marsh east were year ticks. A few Grass Snakes were seen knocking about including a sizable female.

On monday I went to north Lincs where my surveys revealed returning waders by the 'bucket'ish load. A single Common Sand, 270 Black-tailed Godwit, 40 Bar-tailed Godwit, 150 Curlew, 4 Redshank, 1 Golden Plover & 1 Little Egret plus a juv Yellow Wagtail. Better was at Chowder Ness where a big group of gulls contained a minima of 2 Yellow-legged Gulls. My first british self-founds that I was 100% with. Out again on Friday.
Posted by James at 22:11 No comments: 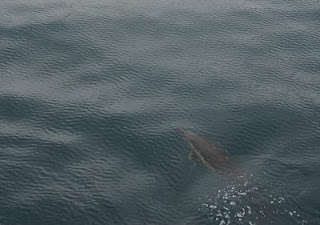 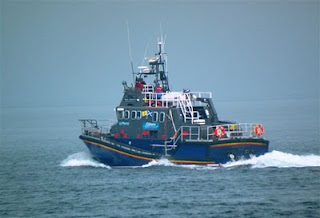 I quite liked the presurfacing Common Dolphin shot. the other pic is us surveying on the west coast in a class 7 prototype lifeboat (only one not owned by the RNLI). This was taken by the hardy observers at Macharinish Bird Observatory, Kintyre. I was having my brekkie when this was taken and am thus not on show...thankfully.
Posted by James at 23:48 2 comments: 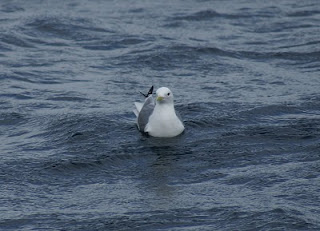 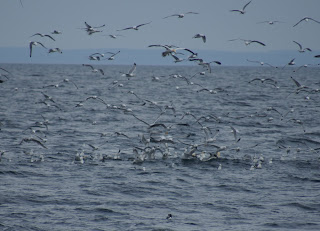 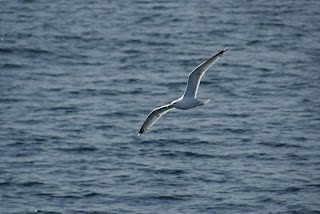 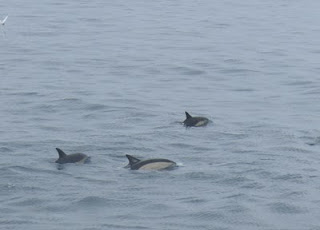 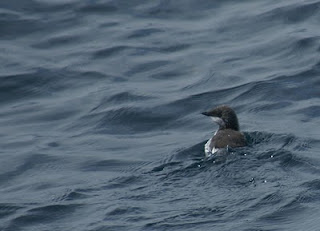 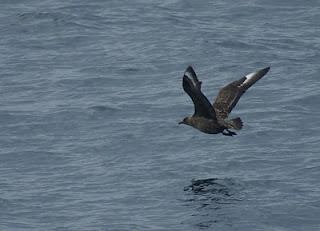 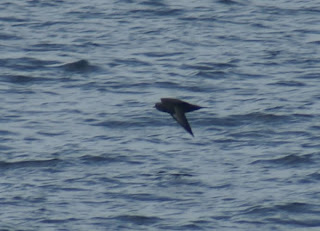 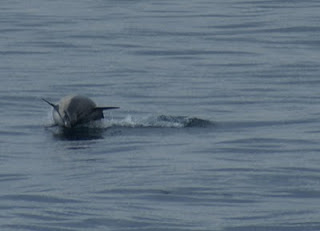 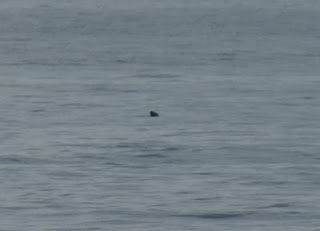 I was back up on the Beatrice Oil Field last week and it yielded some super results after a fog hamperred start. Final totals ran in at 5 Minke whales, 12 Bottlenose Dolphins (2 pods - a 10 and a 2), 10 Common Dolphins around the boat as the survey finished giving point blank views, 1 Grey Seal and innumerable Porpoise. From the bird point of view there were more Arctic Skuas and Arctic Terns but otherwise as you were. Of interest were the Guillemot and Razorbill fledglings which had managed to paddle 15 miles or so from their colonies already. Infact we saw a bonxie making short work of two fledglings at once.
Posted by James at 23:34 No comments: