I went back for seconds of my American Golden Plover at St Mary's yesterday morning and was joined by about 20 twitchers including a few of the fellow patch workers. It was showing beautifully on the far side of the island in the morning sun amongst hordes of its congeners. 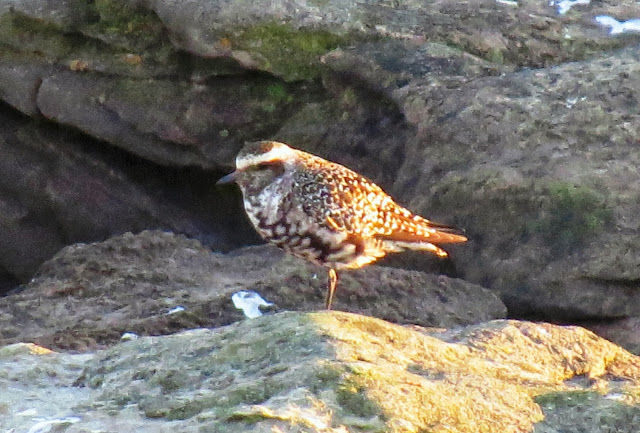 I also found a Coot on the wetlands which is probably a rarer bird for the site (I'm told 8 records in the last decade...). All round pretty good morning.
Posted by James at 09:13 1 comment:

Found this tonight amongst the 1200 or so Goldies loafing on the rocks. Nice. Also got Purple Sandpiper, Wigeon and Snipe new for the patch... 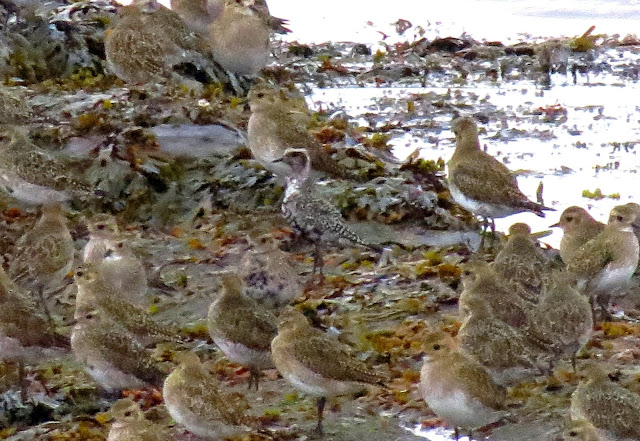 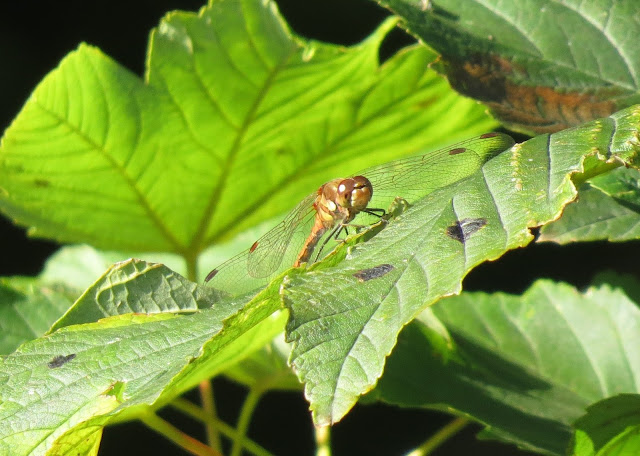 I probably should write a trip report for Kefalonia as there are so few, especially from the classic package holiday period. Kefalonia doesn't have tonnes of birds due to a paucity of wetlands (I didn't make it to Livoli marshes so can't comment on there) but it does have some decent bits and pieces, especially in the uplands. There are olive groves throughout the island and excellent weather means migrants can be well dispersed. I went for a fortnight in mid August which isn't ideal in Southern Europe. Despite this I managed some great stuff including 4 lifers. 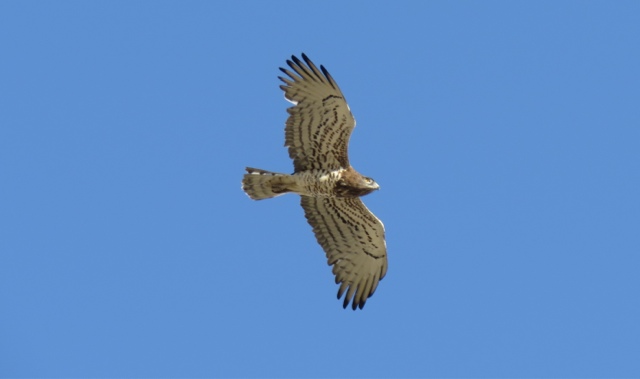 The best places I found were Mount Aenos and the area around a small pond at Agios Nikolaos. Around Skala was pretty rubbish but Bee-eaters came into roost a few evenings including one night where 500 or so birds roosted. Alpine Swifts were often seen associated with the larger flocks and there were a handful of both Pallid and Common Swifts seen. Around the hotel (and throughout the island) there were hoards of the local race of Jay which had muted plumage tones with a grey wash to the pink. Also seen round and about were plenty of Sardinian Warblers, a few Hoopoes and Buzzards. 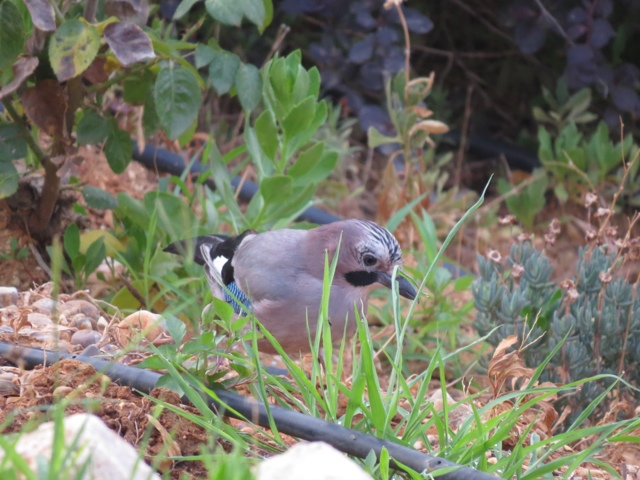 Wood Warblers were seen at all elevations and seemingly breed on the island. A single Black Kite was seen migrating over Old Skala and a single Crested Lark was duly ignored in a field. There were loads of Chaffinches, Great Tits and Blue Tits in the bushes and overhead Swallows and Red-rumped Swallows were omnipresent. A couple of Sparrowhawk sightings failed to produce the hoped for Levant Sparrowhawk. There were no Black-headed Buntings, Eastern Olivaceous Warblers, Eastern Orphean Warblers or Olive-tree Warblers and seemingly it is too late for these species. 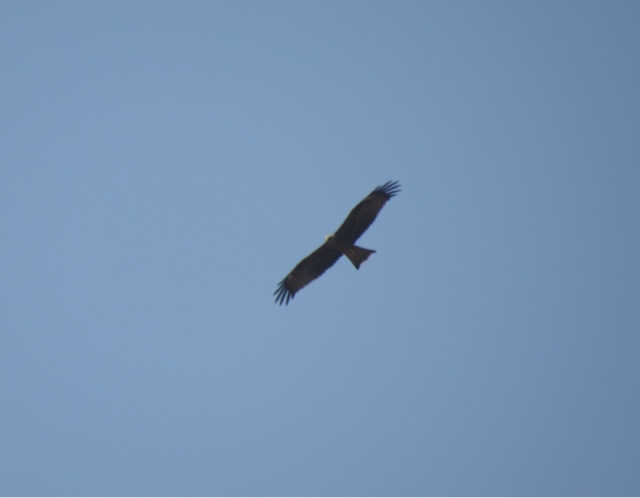 Up on Mount Aenos there were the usual Tits and Wood Warblers plus Firecrests and Coal Tits. As I was driving up the first time I had a Short-toed Eagle a few metres over the car and a family of Northern Wheatears. The second trip up produced a brief Rock Partridge across the road plus a much awaited male Black-eared Wheatear with a dark throat. There were also a family of Whinchats in the same area plus a couple of Long-legged Buzzards around the peak. 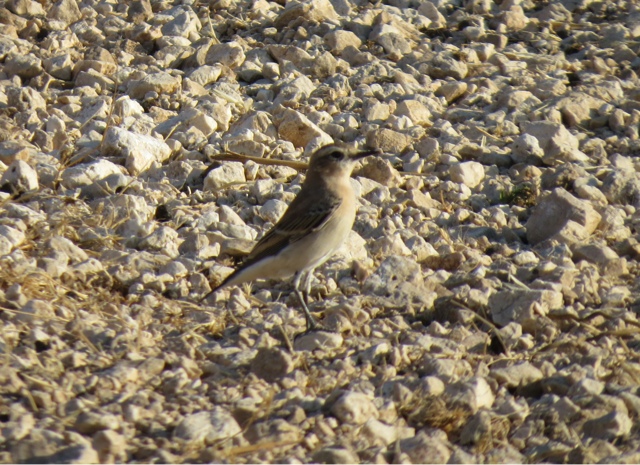 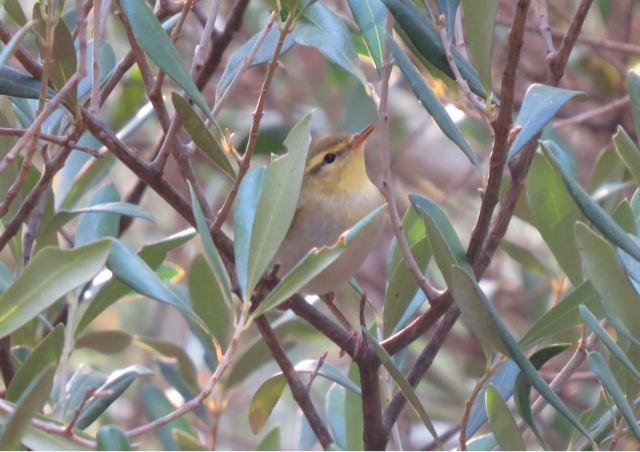 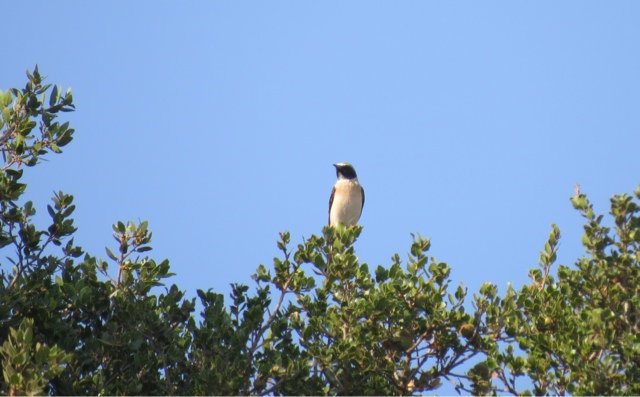 At the pond at Agios Nikoloas there were plenty of birds knocking about although getting decent views was tough. A juvenile Cirl Bunting was a surprise but Cetti's Warbler and Golden Oriole were more expected given the damp olive grove habitat. A Honey Buzzard passed briefly over the wood on the slope above. I'm sure given time more would be found in this area. In total I managed 43 species and I am sure a visit in April would be far more profitable. The prize for most surprising bird goes to a Teal I found on the sea at Katelios. 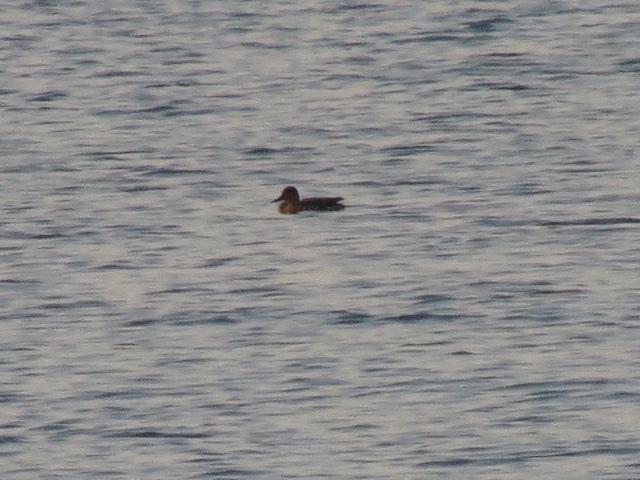