On Friday me and Pete went for a seawatch at St Mary's taking advantage of amazing light conditions if not ideal winds... A handful of Red-throated Divers, Common Scoter and a single Great Northern Diver whizzed by. At 08.30 I picked up a scoter flying south close inshore. It gave amazing views in perfect viewing and proved to be a female Surf Scoter. Rather incredible this species has never been recorded in North Tyneside before so this should prove to be the first record. I hadnt yet got my camera out of the car so I have had to prove that I cant draw for toffee! 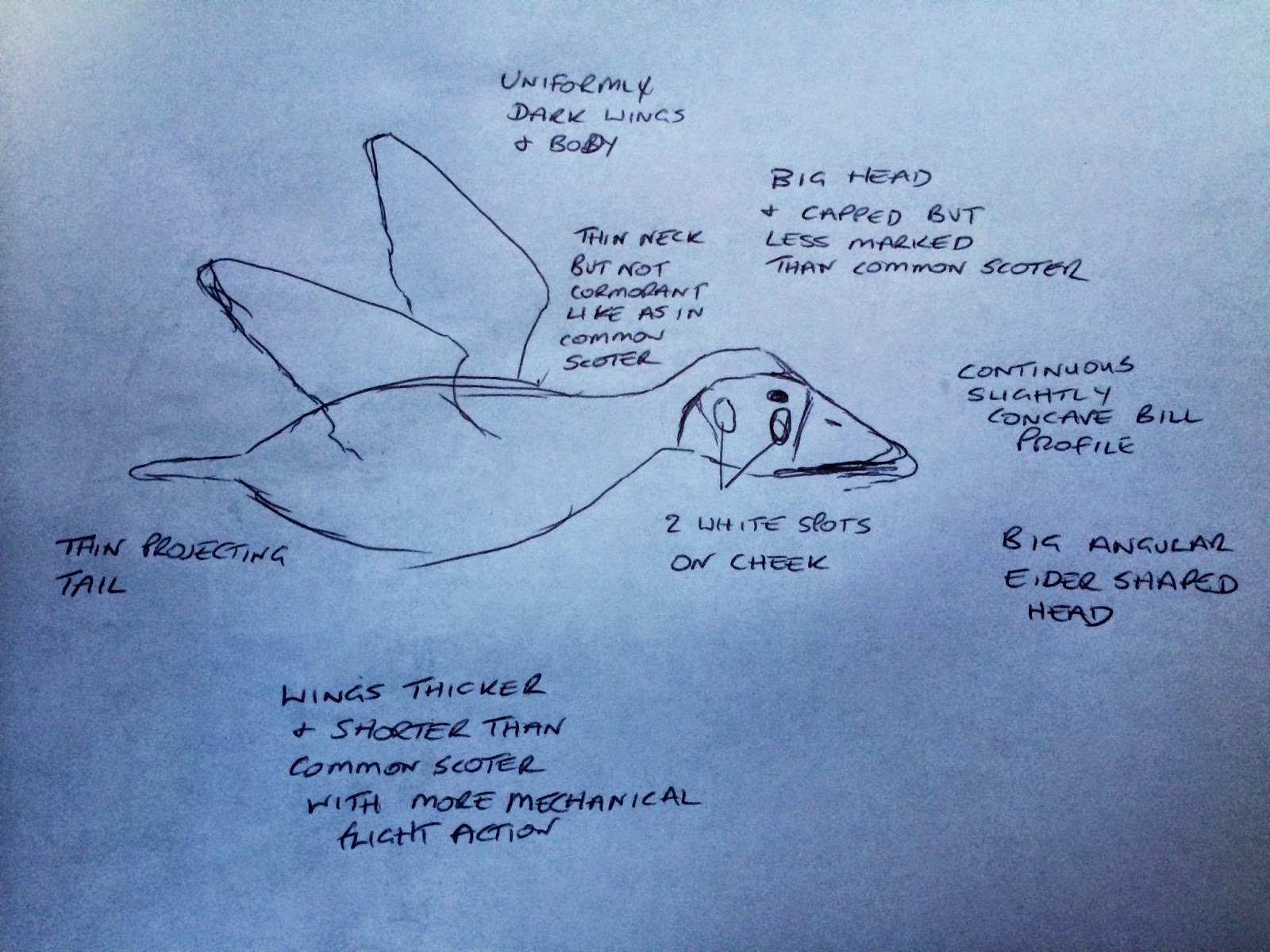 Just prior to the Surf Scoter I had very brief views of a Minke Whale including a rarely seen blow - pathetic is the best word to describe it but the millpond sea and absence of wind gave me my first views of this despite seeing tens of Minke's before.

About ten minutes after the Scoter approximately 15 Bottlenose Dolphins made their way slowly north in a pod containing several young animals. Sadly not too much frolicking but always an awesome sight and I managed a couple of videos.


David Elliot managed some distant photos of the Rough-legged Buzzard I found at Widdrington Moor whilst looking from West Chevington (closer to where I was). Good for some corroboration and significantly better views than I managed. 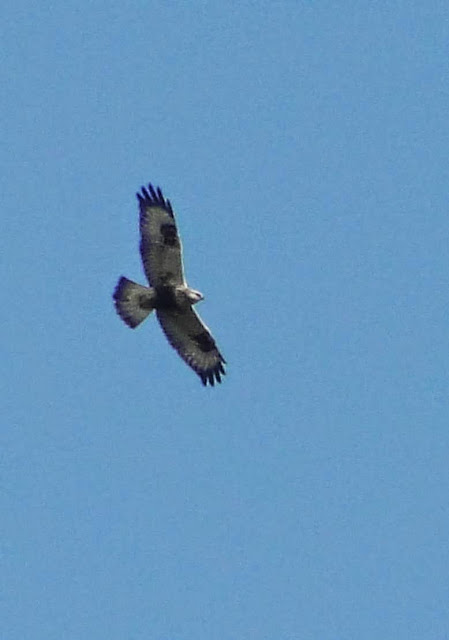 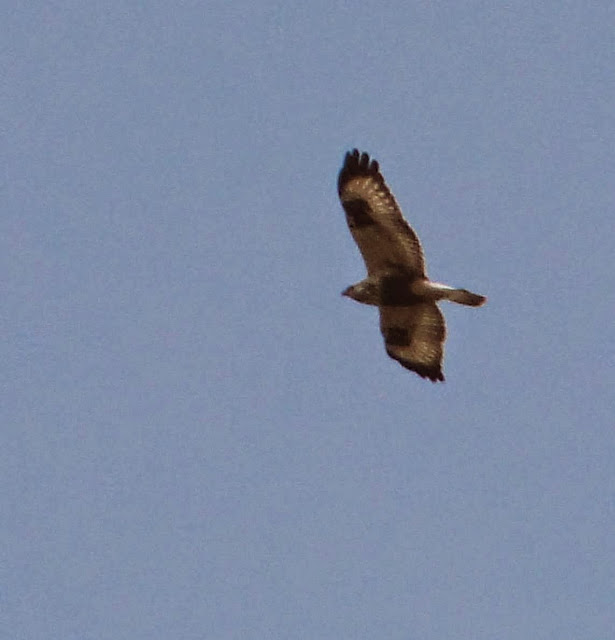 Dealt severely with one of my bogey birds this morning when I got crippling views of a Booted Warbler at Torness Power Station. It was doing a bit of sub-singing which I guess makes it a male. Also a Siberian Lesser Whitethroat in the same place. 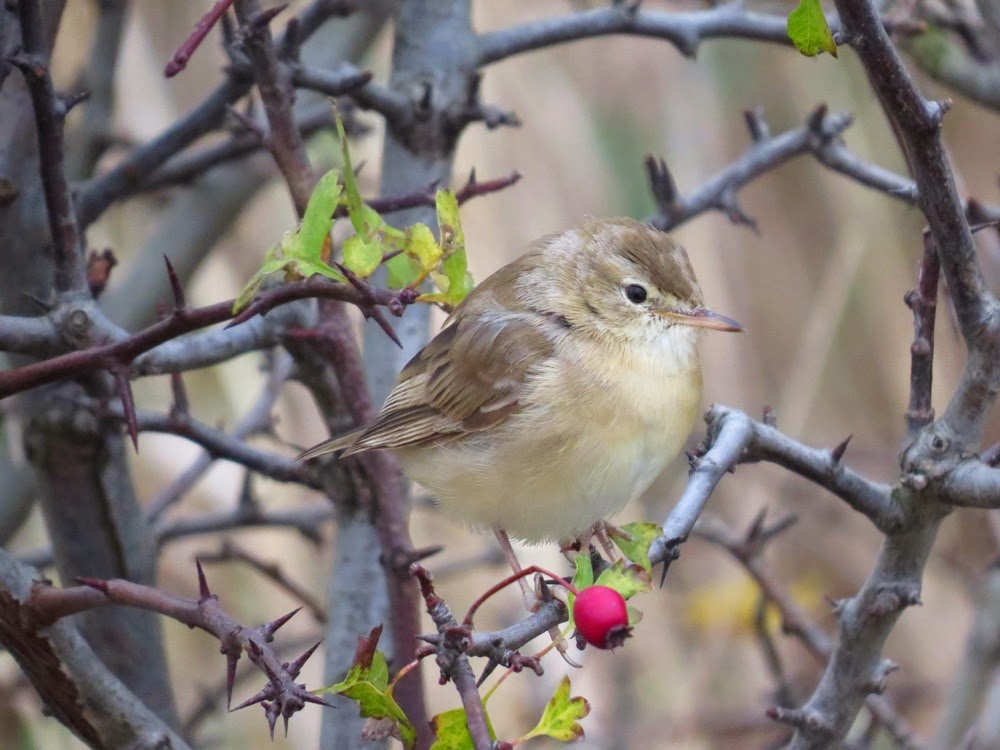 Rolled up to the office and heard a Yellow-browed Warbler calling which is odd as we are in the middle of Gosforth, Newcastle. I managed to get Pete on the call but neither of us saw it.

Headed out for the afternoon and found a male Scaup at East Chevington and then a Rough-legged Buzzard over Widdrington Moor. Madness.
Posted by James at 22:33 No comments: