After distant views a fortnight since I managed some close views of the Barmston Hooded Crow this morning as it fed just north of the caravan park. A few commentators noted that perhaps a hybrid couldn't be ruled out from the distance it was viewed from initially. Whilst I didn't have too many doubts it was certainly nice to get close views and some workable photos. The bird was silvery grey although the tone is hard to work out in such strongly lit shots. The crow also didn't show any flank streaking or in the UTC's thankfully.

I caught up with the crow just as I was leaving. As I arrived on the beach however I was surprised to see a large, all white gull. It was a beasting 1st winter male Glaucous Gull which was just my second record for the site after a second winter from before I visited regularly. Sadly this slightly skanky example of hyperboreus decided it liked being between me and the sun so there are no photos. Anyhow thats quite enough for today. Onward!
Posted by James at 13:40 No comments:

Over the last two weekends I have managed to get three sessions of seawatching in at Barmston which has been awesome. It has been really rewarding with different conditions on each occasion leading to different assemblages of migrants.

Today I was allowed out at the last minute for the afternoon and as it was blowing a NNE 5-6 with loads of rain I headed to the car park to hide between the unused caravans. Straight away it was obvious Kittiwakes were moving and in total 893 went north in just over 2.5 hours. Allied with a steady movement of Guillemots and a sprinkling of Razorbills I was hopeful of a few Little Auks. Alas there was just one but it was my first here for a few years (more than a few actually...) as it threaded its way north through the breakers.

Out harassing the Kittiwakes were a few Poms and the three groups I saw all started way out in the bay before coming inshore to work north. They totalled 10 birds in groups of 2, 4 and 4 with the middle group also containing an adult Arctic Skua which was trying to keep out of the way. The Bonxies were not playing ball and 6 of the 7 headed south. There was little in the way of wildfowl movement with just a few Wigeon, Mallard, Common Scoter and Goldeneye.

Yesterday was a similar set up with a watch from Barmston car park but this time it was during the morning. The wind was from the north with perhaps the merest hint of west in it. Again squally it was much better for wildfowl. The highlights were two Brent Geese, one each of Dark-bellied and Pale-bellied. There were single Great Northern and Black-throated Divers north and a good number of their commoner Red-throated breathren. One that seems to have got away was a small gull that flew through. Initially reminiscent of a 1w Black-headed Gull it had a more compact look and had an all white underwing with a black trailing edge. I didn't have my camera but I think I jibbed a Bonaparte's Gull. Interestingly there was a similar issue with this species at Flamborough earlier in the week. Perhaps it will get pinned down close by.

Last weekend I was out on Sunday morning for a vismig watch but with little happening over the land due to mist I contented myself with an excellent duck passage offshore. As I rolled up I could hear Pink-footed Geese trundling south unseen overhead. My first patch Fieldfare of the year managed to make it to land but only just. It 'rested' on the sea just 50 yards offshore before struggling onto the sand with four Herring Gulls who tried to eat it before it put down on the beach. I went to rescue it before it became gull fodder however it was no damsel in distress and as I went in for the catch it flew to the cliff face where it recovered in safety. Ducks were numerous and none more so than Scaup which made its patch debut with no less than 21 birds passing by. Amongst the chubby Aythya were a couple of its sleaker cogeners with single female Pochard and a male Tufted Duck. The Pochard was a patch tick as well.

A Little Egret flying north was the first this year and my second all said on patch. A small party of 5 Golden Plover made their way south along the cliff top and a Woodcock came in off and nearly took my head off. Finally a Shoveler flew south with some Common Scoter to complete the year ticks for the patch. Hopefully more wildfowl will be in evidence as the year comes to a climax.
Posted by James at 21:32 No comments: 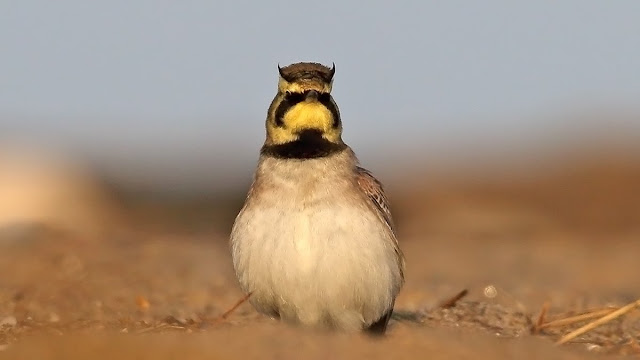 Some folks may be used to my usual inane witterings but please take a moment to consider objecting the Yorkshire Wildlife Trusts visitor centre at Spurn which they have submitted for planning consent to EYRC.
It may seem like something I would support but this development will destroy habitat, displace users and be an eyesore out of keeping with the Holderness coast whilst being at risk of flooding constantly in order to monetize one of the most special places in Yorkshire.
The project is a work of ego for Rob Stoneman of the trust and whilst I am a member I object whole heartedly. I want a visitor centre at Spurn but not this design in this location. I like a latte as much as the next person but it should be in a suitable development, working with stakeholders not alienating the anglers, birdwatchers and residents of Kilnsea.
Please take a moment to object as consultation ends on the 11th November and the trust continue to whitewash those of use who care deeply about the area.
https://newplanningaccess.eastriding.gov.uk/newplanningaccess/applicationDetails.do?activeTab=summary&keyVal=ODWXXOBJGI600
Posted by James at 22:03 No comments: