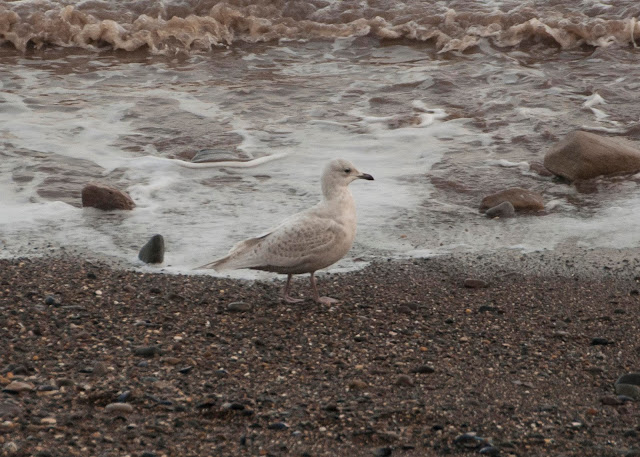 This chap was sat on the sea as I started my Patch Birding Challenge which pleased me immensely as a white-winger is pretty much the best thing I could hope for at the moment. There have been reports of a 1st or 2nd winter Iceland Gull between Bridlington & Barmston since before Christmas so I was pleased to bump into this first winter although it was repeatedly flushed by walkers and finally as I approached to within 15m on the beach a fisherman in neon orange wandered up and asked what I was looking at. I just groaned. 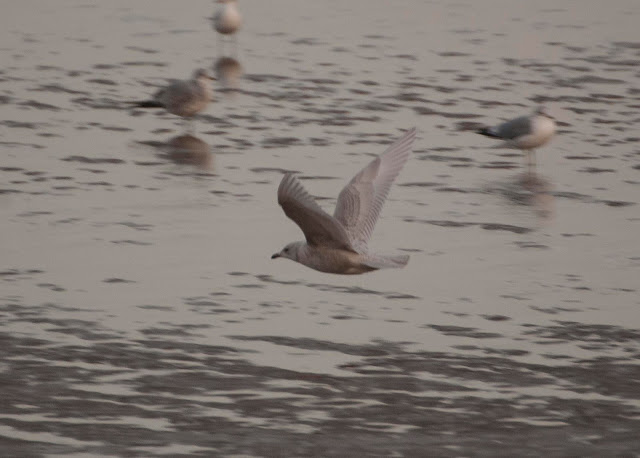 Aside from the Icer there was little of note due to the hordes of people but I did pick out a flock of 14 Great Crested Grebes on the sea and a single Red-throated Diver flying south. Waders are normally pretty easy but none were on the beach with a Snipe in the dunes and a Sanderling flying north the sum total. Strangely 5 Grey Partridges flushed from stubbles at the top of the beach and I also found a decent bunting flock in a hedgerow with 4 Reed Buntings and c20 Yellowhammers.

That just about sums it up - hardly earth shattering but an eminently positive couple of hours on the patch. 25 species and 28 points according to the challenge scoring system.
Posted by James at 21:28