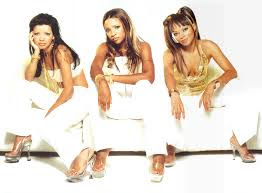 No not the awful girlband of the mid-nineties but my first Honey Buzzard in a few years at Wykeham. I took Friday in lieu and decided to come home via the North Yorkshire forests. I arrived at 11am just after the pale male had been on view. It was cool and overcast so not ideal for watching for raptors but just 25 minutes after I arrived a dark headed, dark bird showed. It flew directly over the watchpoint and then dropped to just below in height so it was hard to see the underside but from photos I have seen later it seems it was the female bird. It looped back in after heading a few hundred metres east. A brief but excellent sighting. Another two hours failed to reveal any further views.
Posted by James at 19:43 No comments:

Its been quiet on here and with good reason. Birding has taken a back seat to work and this has largely consisted of monitoring breeding Ospreys in the last few weeks. Last week I was working way way up near the Dornoch Firth and en route I got a message suggesting that I take one of my coffee stops in Aviemore, or more precisely in a spot round the back of the Rothiemurcus fish farm in a nettle bed. A singing Blyth's Reed Warbler had been found by an American tourist who wanted confirmation on the ID of his Reed Warbler. Peter Stronach, a local birder, went down and as suspected it wasn't a Reed Warbler at all but the scarcer of the two likely candidates (with Marsh Warbler being the other one). Blyth's Reed Warbler would be a totally new bird for me.

I arrived at 7pm and immediately got tacked at by an unseen acro. This was the boy. An hour later and a few further tacks but no sign as despite the glorious pictures of it singing from perches just before I arrived it was playing hard to get. I was joined by two others who also heard the calls and then it moved from the nettles to the wild raspberry canes. We got into a position and the skulking bugger gave the worst of views as it moved swiftly through the vegetation before moving off . I left with over an hour still to head north, tick in the bag despite the dissatisfying views. On leaving I got a message from Birdguides saying the bird was singing. No time to turn round I moved off somewhat grumpy.
Posted by James at 17:49 No comments: