Last friday I made the pilgrimage to Beeley to see the rather excellent Dusky Thrush which was discovered in similar circumstances to the Northumberland Eyebrowed Thrush. A beginner birder, Rachael Jones in this case, posts pictures to facebook for identification and they show a Starling, a Blackbird and the 11th Dusky Thrush for the UK. She hastily arranged access with the local estate and boom, one of the most successful twitches in the UK happens with thousands raised for a good cause and widespread patronage of the village amenities. 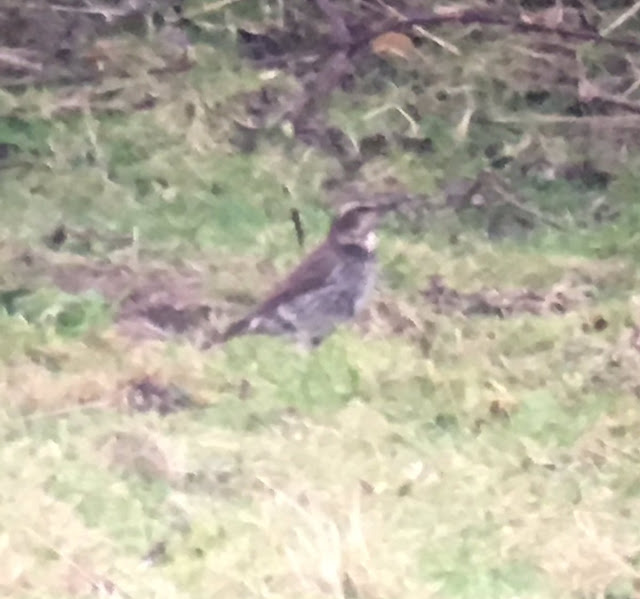 Due to my Dad being in hospital I had some time to kill and some thinking I wanted to do, similar to the Whitby Black-throated Thrush nearly 7 years ago so I headed towards the edge of the Peak District to pay homage to the Siberian gem. Arriving in Beeley I gravitated towards the orchard. The bird was absent and I heard rumours it was in the pasture behind Dukes Barn, the activity centre that was generously hosting the twitch. I made my way to the back and the bird was very distant. Under the belt but I could see a permissible path up to the pastures and quickly ducked out that way. A handful of other birders had similar ideas and a small but growing band set up halfway across the field from the bird. It was foraging unconcerned with half a dozen Blackbirds and showed brilliantly for 10 minutes before moving through the hedge at the back. It was time for me to go see Dad but I was delighted with my views, if not photos of this great bird.
Posted by James at 08:03 No comments:

The last 10 days or so have been awful. My Dad's lung cancer has returned and our worst fears have been confirmed. I am going to lose my father in 2017. It feels unfair as he is only 63 but really he got an amazing second chance. In 2010 he was diagnosed with small cell lung cancer and given less than 12 months. Izzy was four months old. Neither my brother or sister were married and my career was still awaiting lift off. And Dad was mad. Mad as hell. He didn't want it, couldnt afford it and couldnt accept this intrusion. He got so lucky because he went into remission for a disease which you dont get that chance thanks to experimental treatment.

The last six years of remission have had their ups and downs for him. He had radiotherapy of his brain which gave him memory loss but he managed to hold down a full time job again over the last few years. We went on holiday with him and my mum to Thassos which is stacked with amazing memories. He gave away my sister at her wedding, a chance he thought he had missed. My brother married. Dad turned 60 and 61 and 62 and 63. He was well. We had Abby and my sister had Flynn. Finally Tatum, my brother's wife had Patrick in Canberra and Mum and Dad got to visit. Dad had a bad back the whole time. Turns out now that it was a fractured vertebrae due to the cancer. But Dad came back raving about the holiday of a lifetime. He isnt angry now, or suicidal or anything. He is sad as are we all but Tom, my brother, has come back to England and we are going to have one last family Christmas. My wife, another daughter as far as my Dad is concerned, is hosting and we look forward to a warm time of reminiscing and fun for the children. One last hurrah for my hero who has taken his terminal diagnosis with the stoicism of one who knows his job is done, his race is run and his legacy is in place. Steven James Spencer you are now and forever my hero. My girls will remember their Grandad always and I will always carry my loving, supporting, curmudgeonly father in my heart. You are my hero. xxx 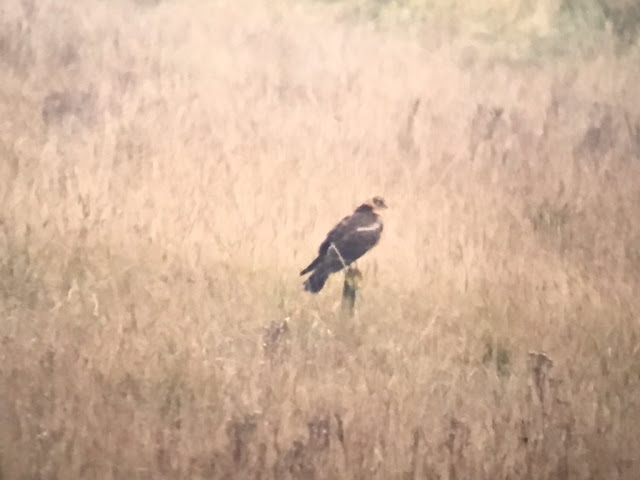 Pallid Harrier had the biggest hex on me from the British list as I missed them, dipped them and generally avoided them but their ongoing spread as a passage migrant meant this couldn't last forever and I have duly seen the wintering bird at Welwick. Through work I am in the privileged position of seeing plenty of Hen Harriers and the boyant nature and driving flight combined for a very different flight action. I arrived at Welwick this morning at 08.15 which is generally the time the bird leaves roost. It had just emerged when I got there and it showed wonderfully, chasing Redshank and floating between posts. As time moved on it wandered over a larger area and occasionally went over onto Patrington Haven. In fact I still think that viewing from the Pumphouse is the best option for close views. 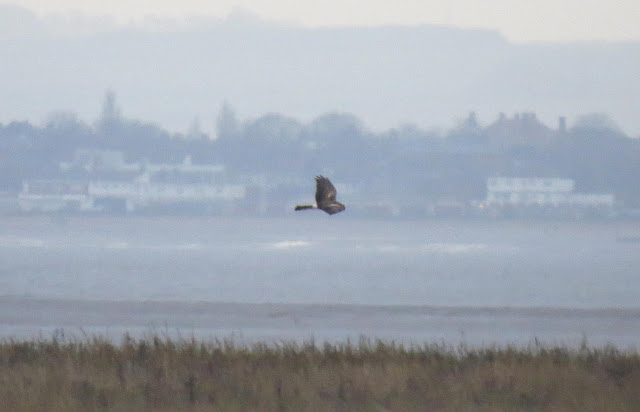 Other birds of interest included a female Merlin, a couple of Peregrines, a Sparrowhawk, a male Marsh Harrier and a plethora of waders and farmland passerines. A candidate Water Pipit called and dropped into the marsh but views on the deck weren't managed. 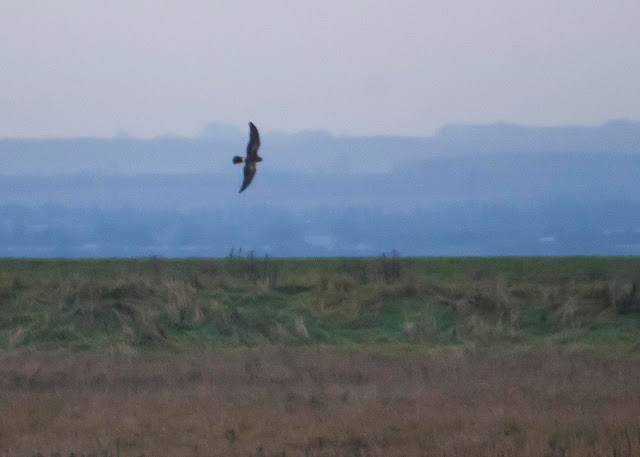 Not the greatest selection of photos from the gloom but it was all a bit beyond the reach of my cameras in the dark... It was number 312 for Yorkshire which is starting to look respectable. 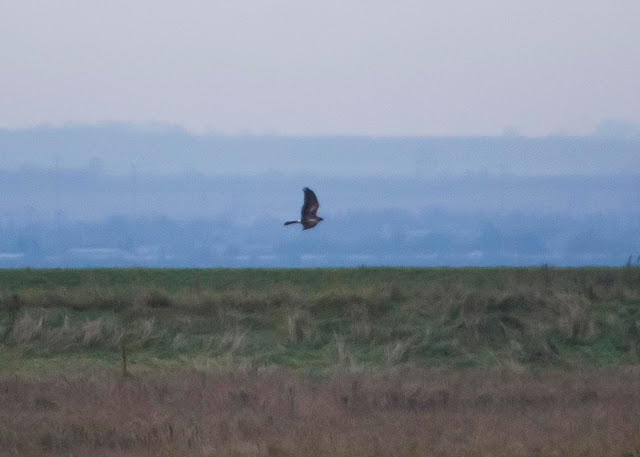