My pan-species listing malarkey has surged onwards to 816 species with many recent additions. Slow Worm is probably the most notable (not sure I can count heard only Natterjacks) but it has also included the rather cool Nomada marshamella Marsham's Nomad Bee and Cercopis vulnerata Black-and-red Froghopper. Here are a few photos of bits and pieces.

A Family Trip to Millington Dale

A fortnight ago I took ma famille for a walk in East Yorkshire's most extensive tract of ancient woodland at Millington Pastures. The girls hadn't seen Bluebells before and the valley sides were plastered in Ransoms, Wood Anemones, Water Arum and Primroses. There were plentiful Brimstones, Peacocks and Large Whites flying over the flowers in an eery atmosphere. The girls loved it! 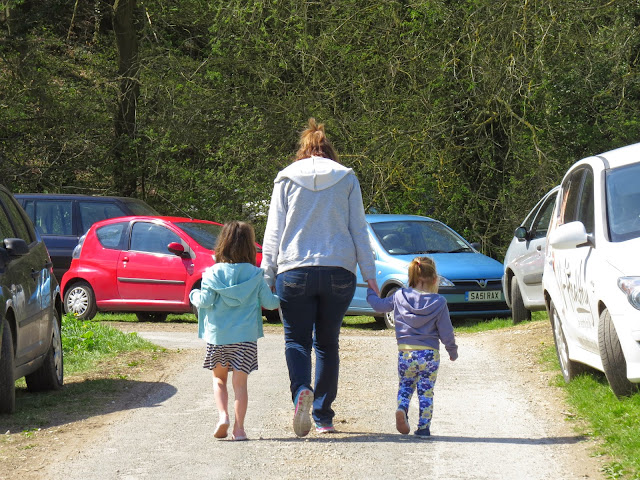 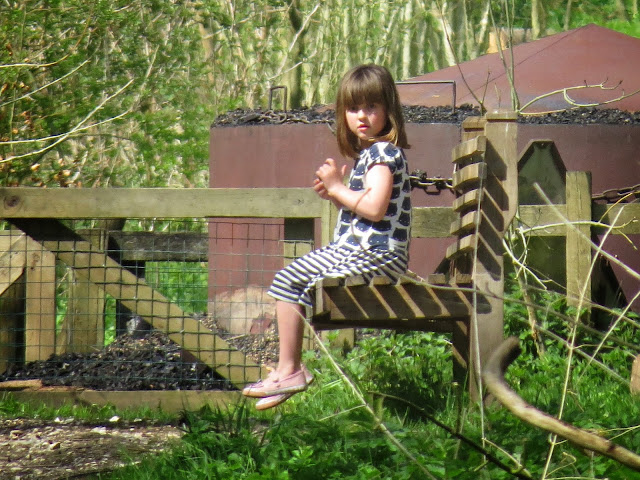 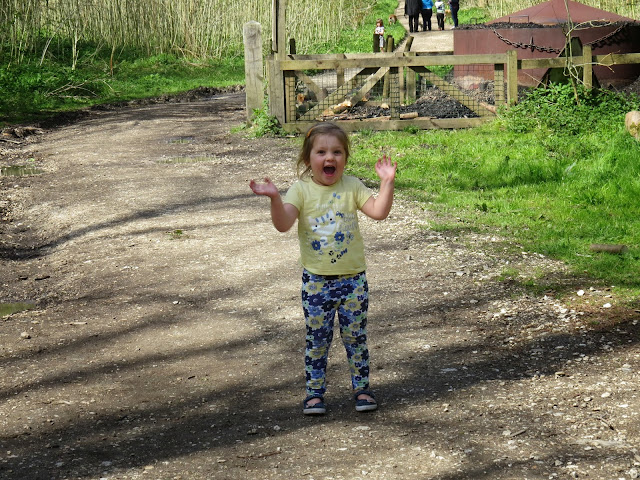 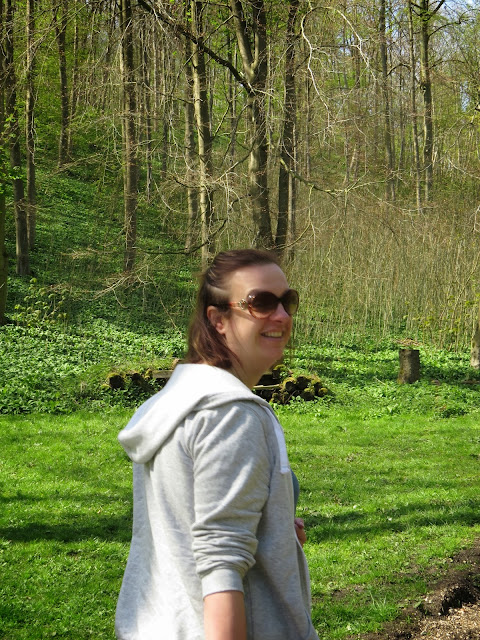 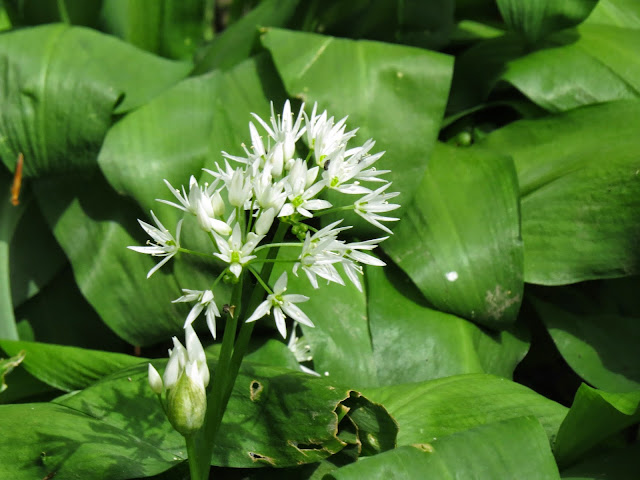 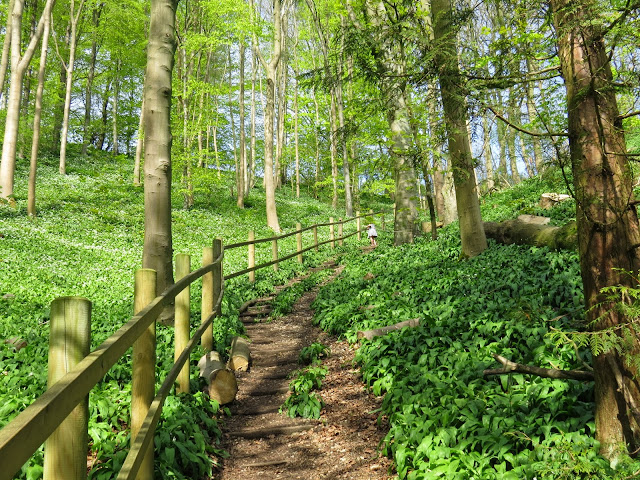 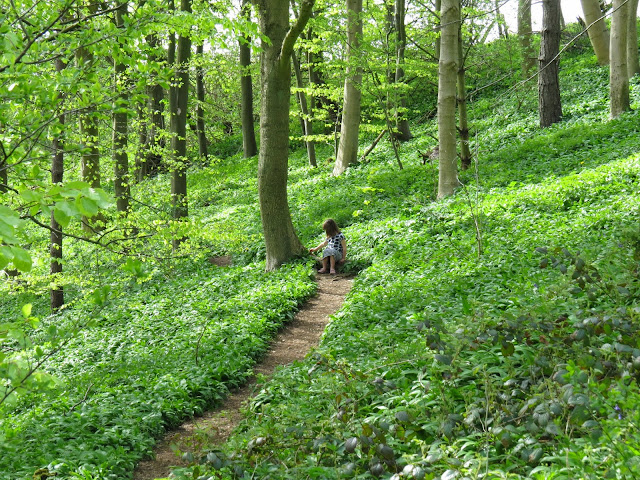 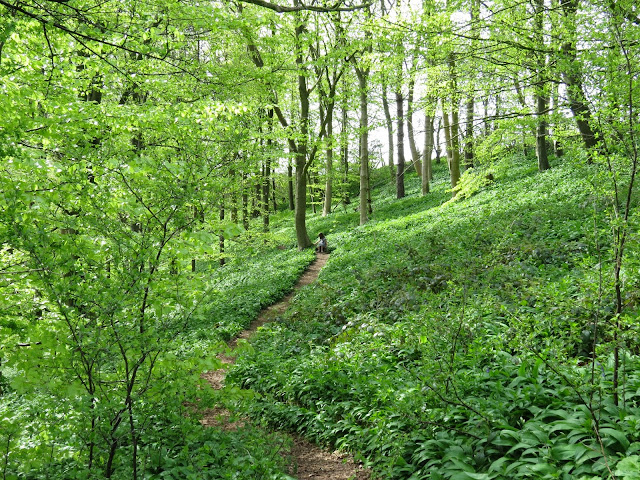 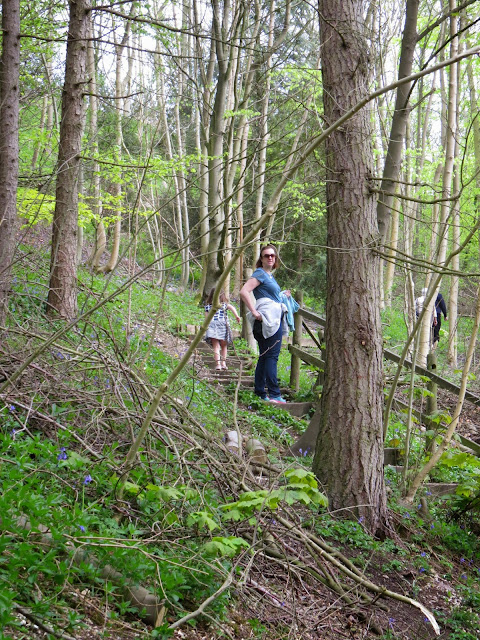 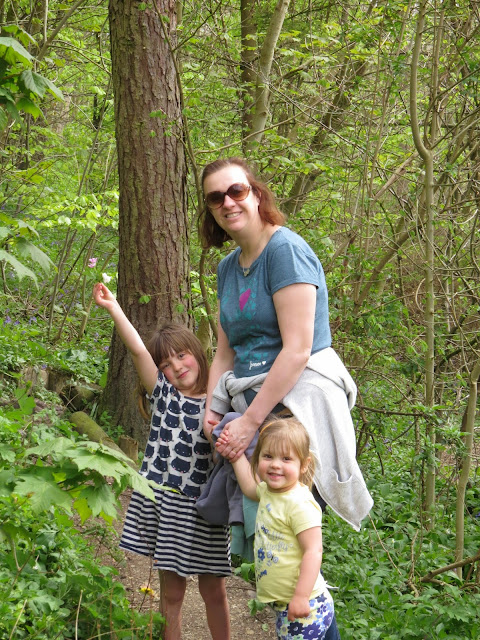 The other day I managed a few snaps of a very confiding Greenland Wheatear on Teesside. It was a cracker which rarely strayed more than 10m away. 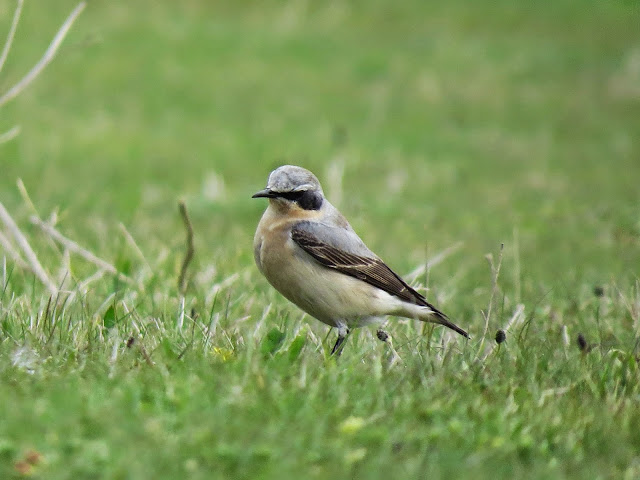 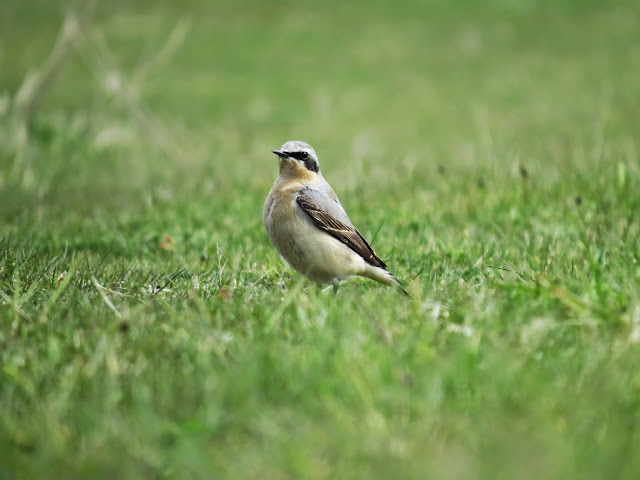 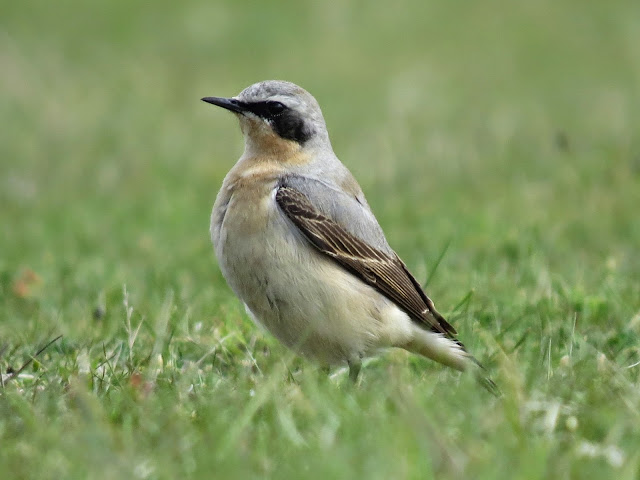 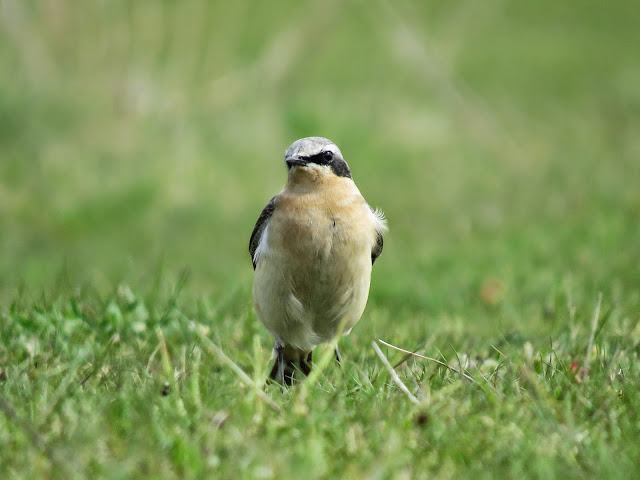 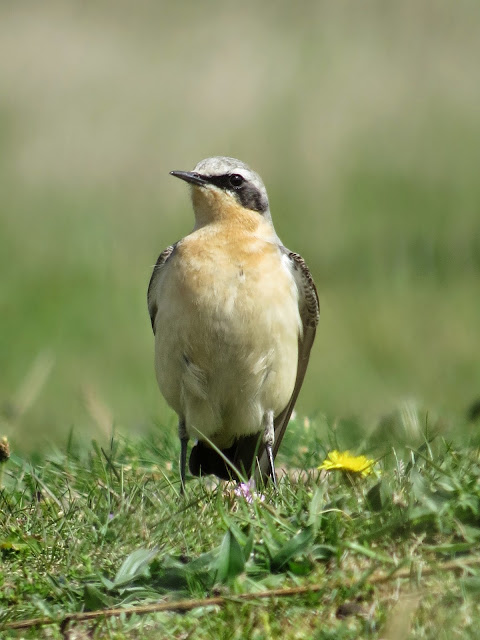 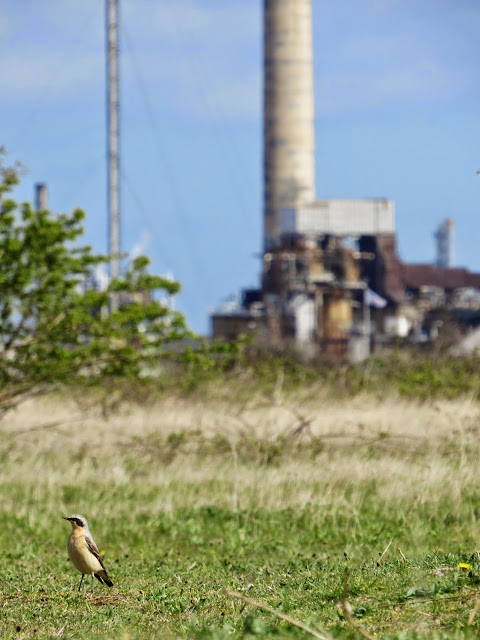 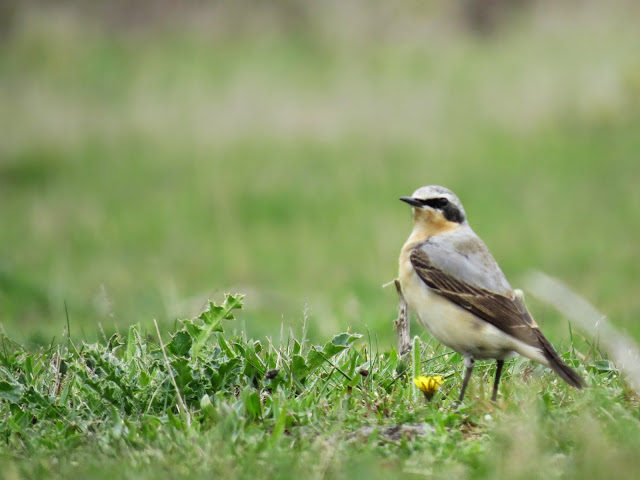 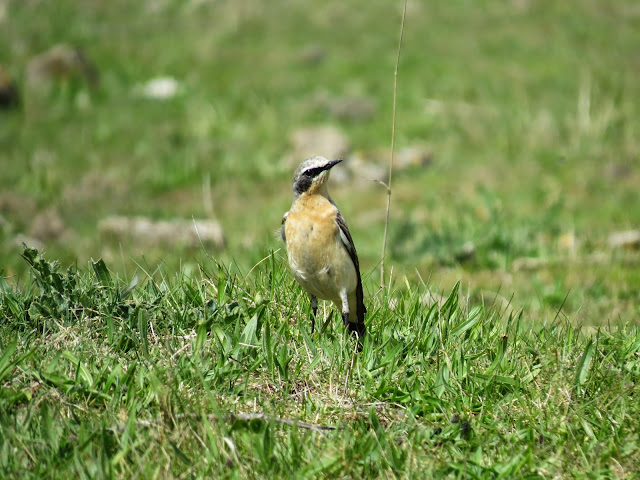 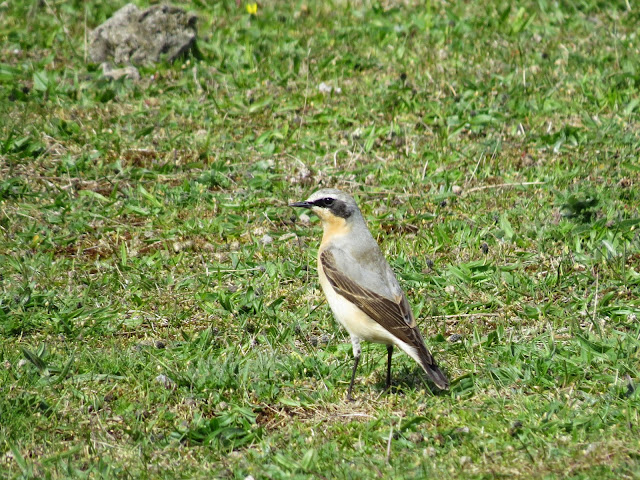 Ive been working in Yorkshire this week and this has given me the chance to swing by Blacktoft Sands a couple of times and add a much wanted bird to my Yorkshire List. Last year two Montagu's Harriers bred near Blacktoft and whilst it was announced after they left it was pretty common knowledge but I didnt go and see them. This year with them being on the reserve I thought I would take my chance and on Wednesday I did getting brief but reasonable views as well as a Cetti's Warbler and my first Marsh Harrier of the year.

Today I went back as I had a little more time and the birds were on show almost constantly and the male at one point skydanced over the car park and gave a point blank flypast later on when I didnt have my camera to hand. 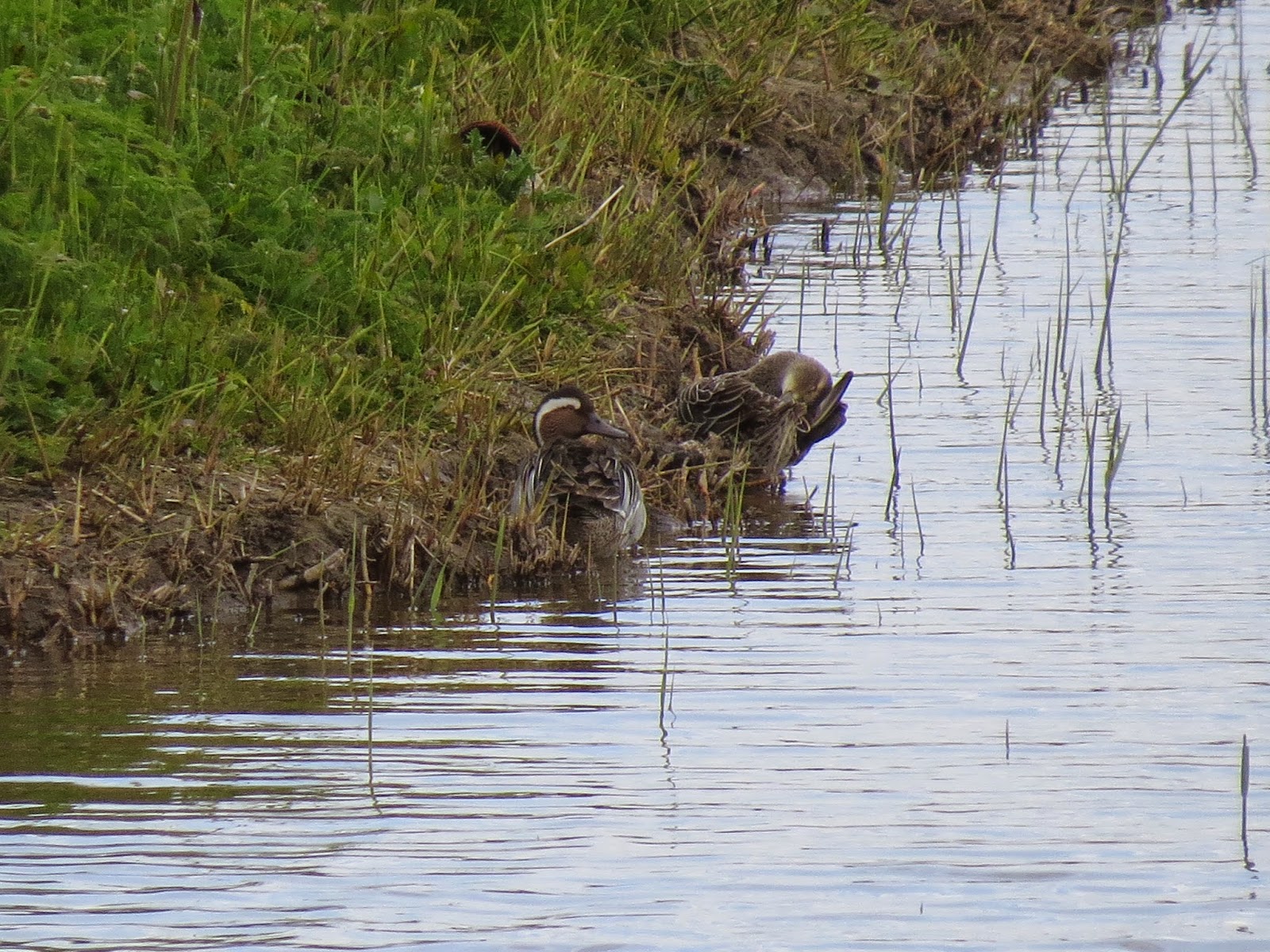 Aside from the star turns there was plenty to get excited about today with a pair of Garganey from Xerox which did nothing but sleep. There were a good few waders up at Ousefleet as well with summer plumage Ruff and Spotted Redshank with more prosaic looking Greenshank and a very smart male Yellow Wagtail. There was no sign of the Curlew Sandpiper but a push of hirundines contained my first Swift of the year.

Whilst watching the Monty's and various Marsh Harriers I noticed a small raptor in a bush and watched it on various sorties over the reeds as it resolved into a Hobby. Soon real life dawned and I had to go back to work but a delightful couple of hours. In the video you can see the Hobby in the skeletal bush in front of the Montagu's.
Posted by James at 15:46 No comments: