Lammergeier in the Peak District

A few weeks ago a Lammergeier was seen two miles away from where I was, just outside Birmingham but I found out when I was 20 miles away and it continued onward. This was incredibly the bird which flirted with the channel crossing before heading to the Low Countries and losing its tail. After being seen on and off for a little while, its roost was discovered in the Peak District and not only that but in South Yorkshire. Trying to get my ducks in a row was tricky with work being busy and various other demands on my time but I saw an opening yesterday evening which necessitated an overnight stay in the car. 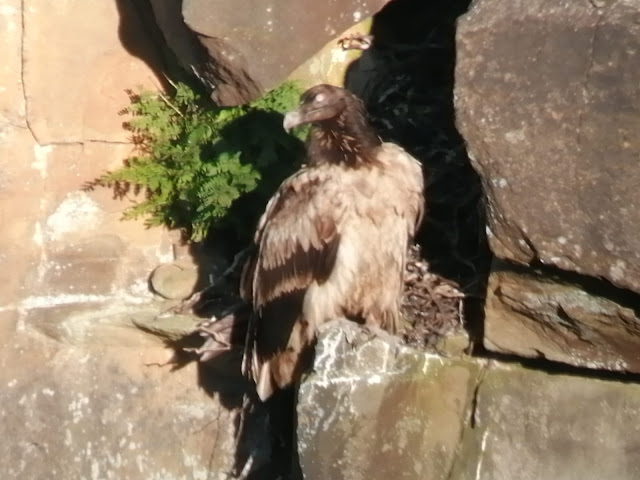 Luckily I got to site slightly earlier than planned and managed an evening assault on the hills, setting off on the long walk just after 6pm and arriving 5.5km later at 7:30. The bird was in place, on its plinth, waiting to drop into roost. The light was exceptional and the conditions a delight. It gave an excellent performance captured in the video below until unfortunately it was flushed by walkers and disappeared to the west. Thankfully it is still in the general area so hopefully those that head up will still see it. An absolute enormous bird and whilst its categorization by BOURC is still up in the air due to the shelving of the previous one and the fact it is a bird known to have come from the alpine reintroduced population, none of that diluted my enjoyment.