I spent a large proportion of last week bimbling around the islands of western Scotland in a professional context. It was gorgeous with tonnes of sun and very flat seas. We also had some decent birds and mammals! As we left the Clyde a couple of RAF Hercules gave us a fly by. 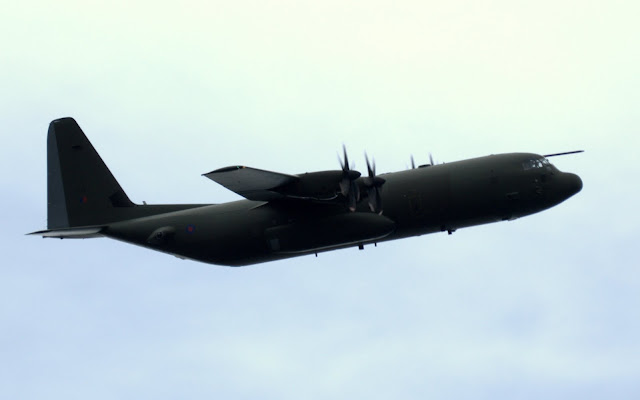 This was a seriously close view - taken with my 18-55 lens and a slight crop to centre the plane. By this time Eider, Black Guillemot and the usual suspects were under the belt and very soon after my first Manx Shearwaters of the year were under the belt (with several hundred seen across the duration). Amongst the Manxies feeding round the southern tip of Arran I thought I had found a Bonxie but on closer inspection it turned out to be... 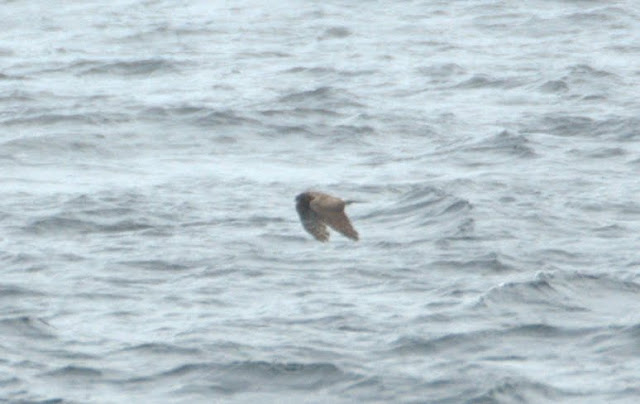 ... a Hen Harrier flying between Kintyre and Arran. It even glided over the waves in the manner of a shearwater and seemed unbothered by its sea crossing. The North Passage was full of Manxies and Gannets. The survey was pretty steady with a few bits of interest from passage waders and Swallows. Overnighting in Loch Indaal turned up trios of Scaup and Great Northern Diver plus a flock of 25 Common Scoter. Most gratifying. We didnt see much in the way of cetaceans until these three joined us.

The journey back was ace. Warm, sunny with flat seas. I crashed out many photos and found a distant light phase Pomarine Skua hassling gulls round the langoustine trawlers. No shots of that Im afraid. 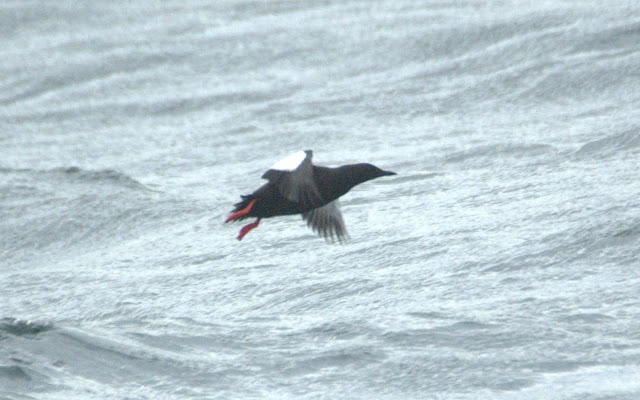 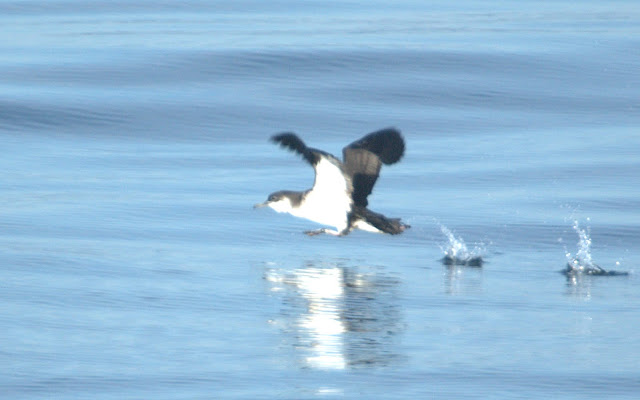 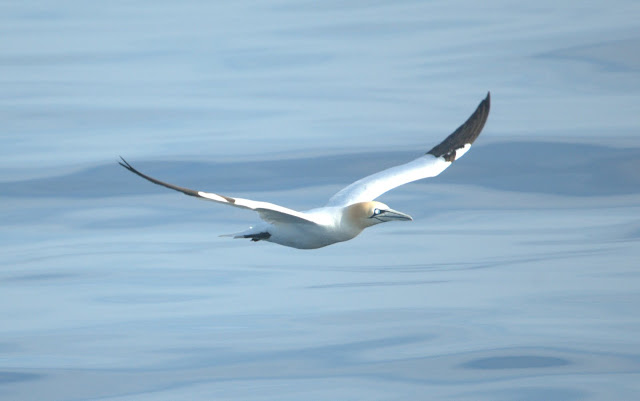 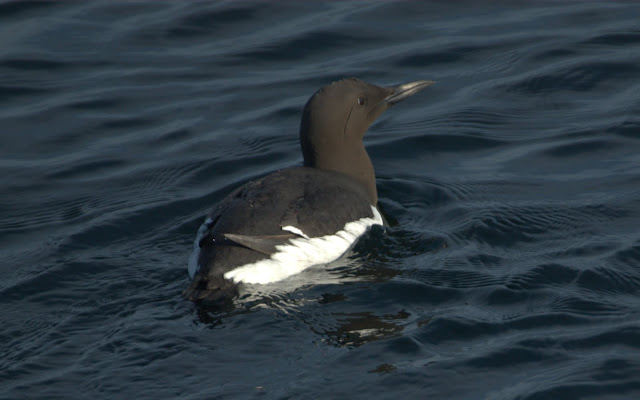 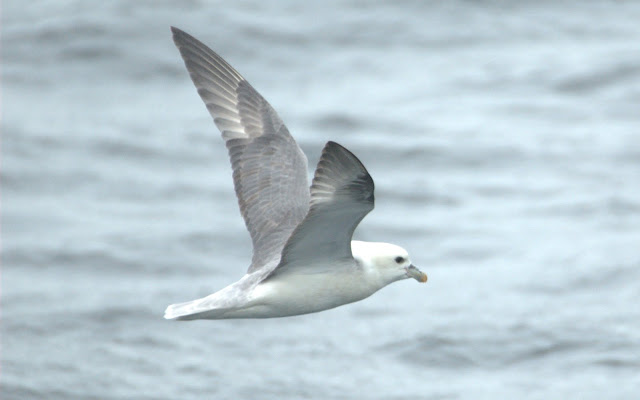 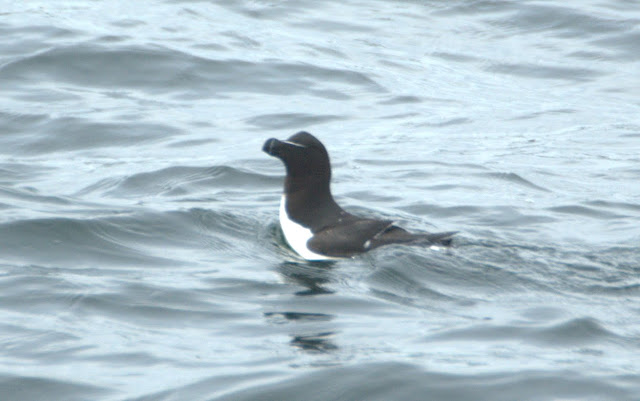