This morning I was taking part on the eBirder photography trip aboard Mull Charters (excellent - do the eagle trip!). I am the help rather than a punter and this was my sweetener... I got to watch two dives by a male White-tailed Eagle and we also saw the female flying about. As we were waiting for the male to reappear a Great Skua put an appearance a long way up the loch. Initially it was trying to predate the gulls but soon it was harrying them for food. Much easier work. The Eagle soon put in an appearance to push the Bonxie off and then I took the video in the previous post. The first dive I had a bash with my camera but my autofocus is too slow to track. I did get a couple of passable record shots which make me happy though. 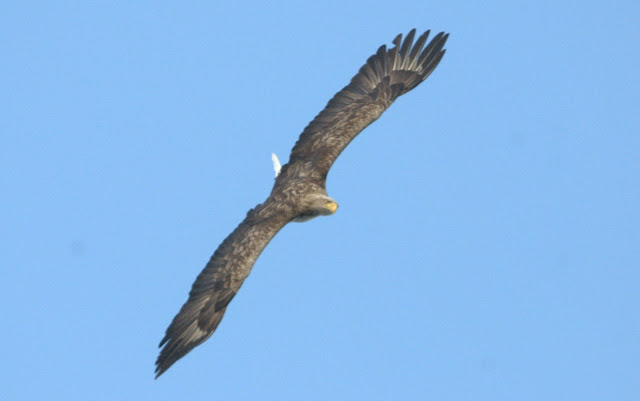 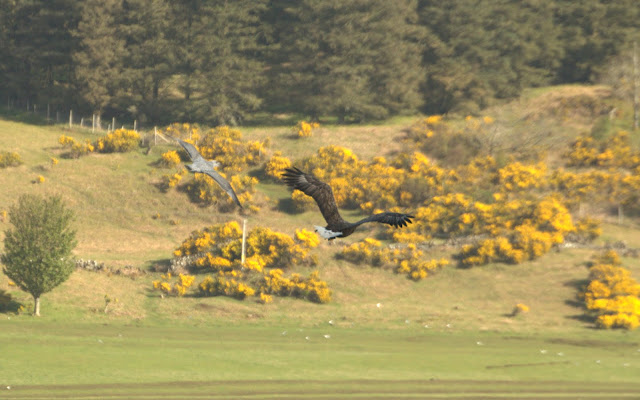 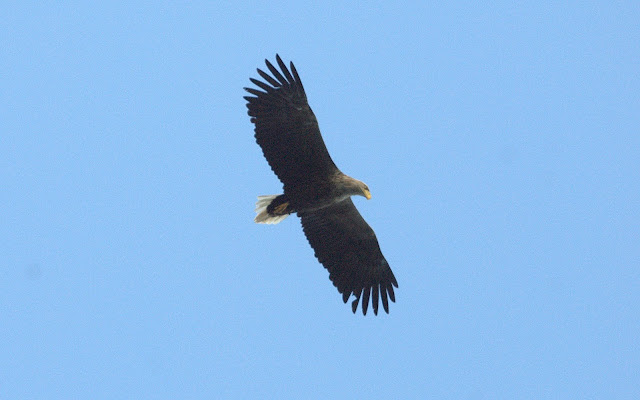 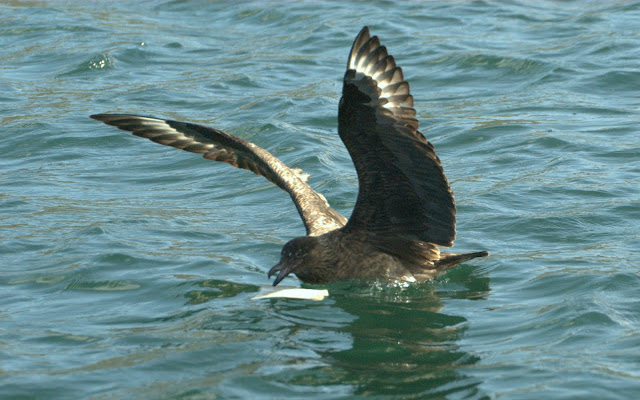 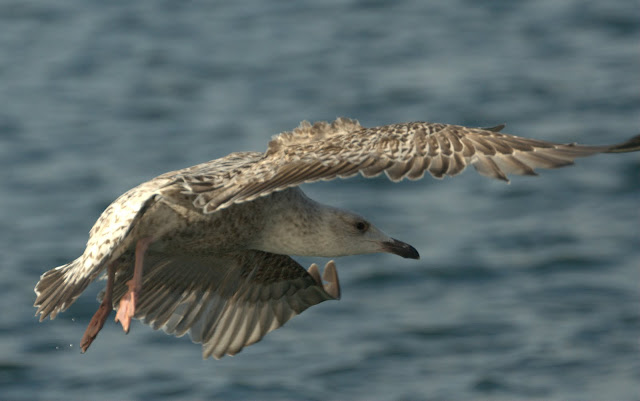 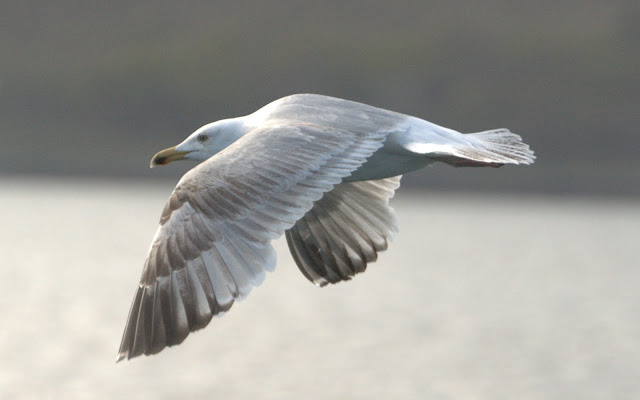 At Ulva ferry we bumped into a trio of three Otters playing. Sadly they were too far away for anything bar a record shot. 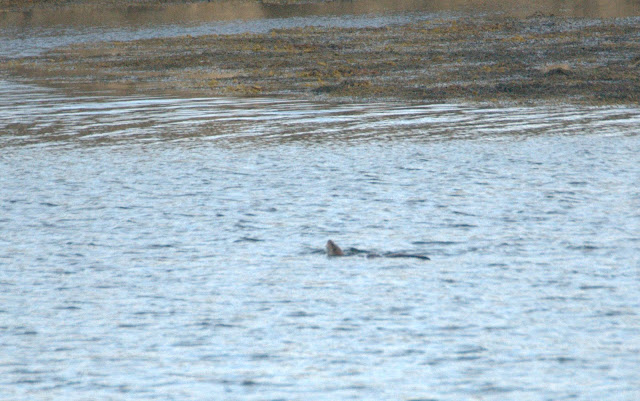 As we left the harbour a male Hen Harrier crossed from the mainland onto Ulva and hunted the grassland immediately. We also caught up with lots of Red-throated & Great Northern Divers in summer dress with the eerie call of the latter ringing out across the loch. When we got back a Golden Eagle worked the ridge behind the cottage briefly before heading back inland.

Before we started the boat trip we stalked a strange population of Mountain Hare which live in bluebell carpeted birch woods. Safer than the high peaks round here! 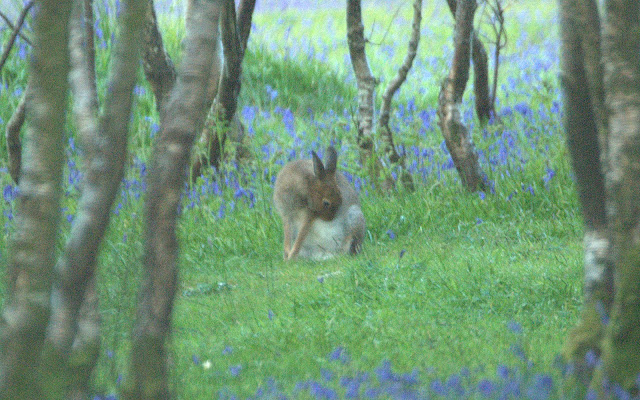 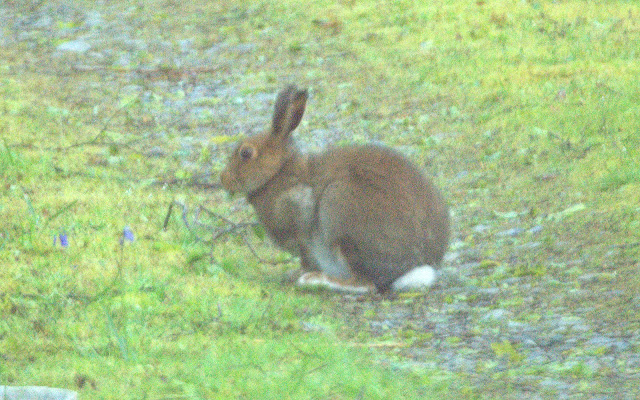 and lastly a Siskin from our feeders
﻿ 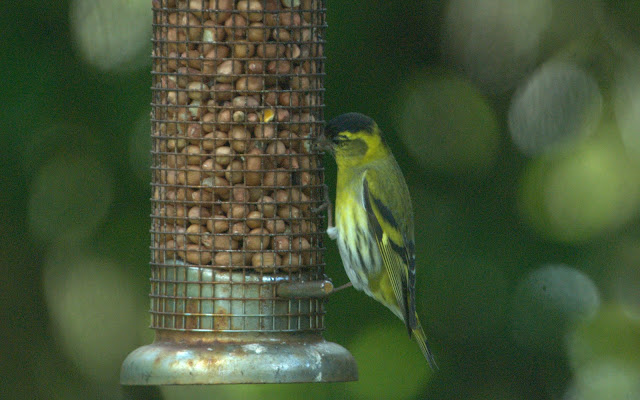