You gotta Roll with it

Awesome Gripback today - my first uk Roller. And it was in Yorkshire. I dont have too many issues with this species - it has shown well to me in Spain a number of times BUT the last getable Yorkshire Roller inconveniently turned up a couple of days before I was due to get married and apparently twitching it would have been A BAD THING. No idea why...

So this morning I get a message at half 8 that there is a Roller at Spurn and an Orphean Warbler at Hartlepool Headland. The latter can wait. I dragged my girl off with me and we headed south east. Arriving at 10 I noticed a forlorn Martin Garner stood by the gate. This didnt look good but I pressed on only for my debut outing with my Spurn radio relaying the news that the bird had flown north and had been relocated at Kilnsea Wetlands. I raced back (well 15mph feels like racing at Spurn) only to miss again. Me and Izzy played on the beach at Easington building sandcastles but I was quite irritable thinking that I had dipped and the bird was gone. Thankfully it was relocated on wires by the Blue Bell. Again we raced south but again too late. It had flown but not past the warren and not north. The Roller was either on a post around the Blue Bell or Clubleys or was in the Triangle. I joined a group of birders scanning from the Blue Bell and then blammo someone called it on a post the far side of the pools. I got it and it looked ace.

In the dull light it looked green and seemed settle so whilst the others opted to stay put I went round with my camera. Izzy wanted to watch from the car which was a blessing. I was starting to get into record shot range when...a member of the public get too close and flushed it into the triangle where it appeared to ditch on the far side of canal scrape. I was very happy with my views and decided it would be wise to pander to my daughters hunger rather than chase the bird. My final views were of the violet blue underwings making good its escape. Great days.

Yesterday whilst Izzy was at Nursery I thought I would have a bash at the Marsh Warbler at Flamborough but it was nowhere to be seen or heard - on Saturday I dipped but heard the East Chevington bird in Northumberland doing its Blue Tit impression amongst others. At Flamborough I did find a singing male Lesser Whitethroat but again came away with no snaps and whilst at East Chevington I managed to year tick Reed Warbler, Common Tern and a brief look at a distant Spoonbill which even woke up briefly for me. 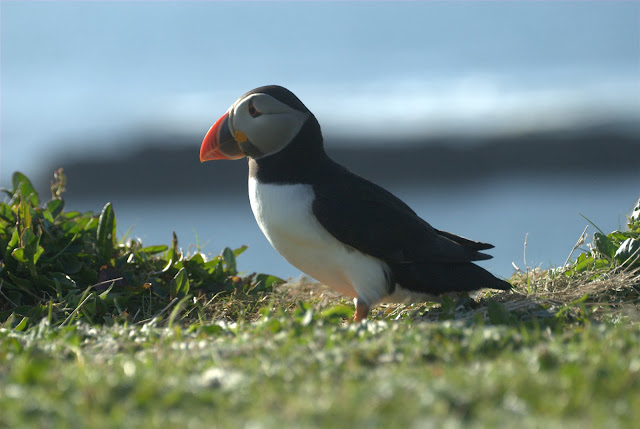