Tales from the Riverbank 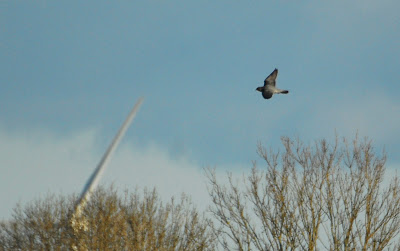 For some the title will bring back memories of childhood television, for others it will be the modernist phase in their teens (latter for me generally) but right now it refers to my local watercourse, a trout chalk stream. I hadn't really explored it much in the 3 1/2 years I have lived here, preferring less virtuous birding at local honeypots such as Flamborough, Tophill Low and Spurn to a lesser extent. A new years fitness...cant really say drive as that would over state the matter...erm...more a modest perambulation has led to me exploring down here allied with tales from my dog-walking neighbours of Kingfishers. I have tried local patching before and cant guarentee that I am cut out for it - Im just not dedicated enough without cash enticements. Anyhow - the lure of regular light exercise, stories from the next patch along of Cattle Egrets by Bob Askwith and a Shag flying inland with Cormorants got me exploring (to be fair it was mostly looking for year ticks, the above is all bollocks). 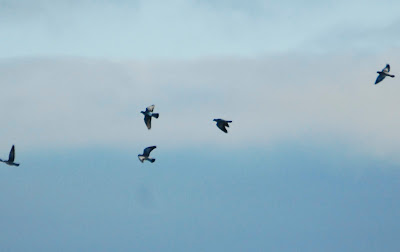 Yesterday a family walk was short but fun with 3 Mistle Thrushes shouting at each other like nobody's business. Made me feel spring wasn't far off. I was expecting to year tick Yellowhammer but what I didnt expect were 60+ birds feeding in the set-aside. The walk took a long time for short legs as found on my toddler but we managed to find a Kingfisher which moved up the river just ahead of us, allowing us to catch up only to dash away again in a streak of azure. My wife and child were suitably impressed. As was I. It was a year tick.

Today I was without companions and as such lugged the big bun down with me. The light was brilliant. Except the birds were all in the trees on the wrong side, and then when the sun when behind the cloud my camera wanted me to shoot at 1/40th of a second with only a monopod for company. Rubbish. What was less rubbish were the two Reed Buntings in with the Yellowhammer flock which was possibly a little closer to 80 birds today although keeping track of them was difficult. Another couple of expected year ticks occurred with a decent smattering of Stock Doves & Redwing passing overhead and through the tree respectively. It did quieten down however and I was reduced to checking the stream for fish. Two species were recorded - Three-spined Stickleback and a decent sized Brown Trout. 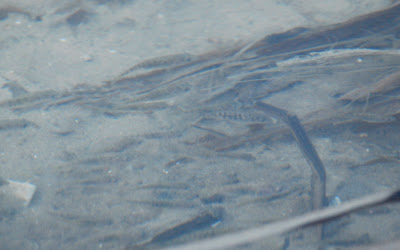 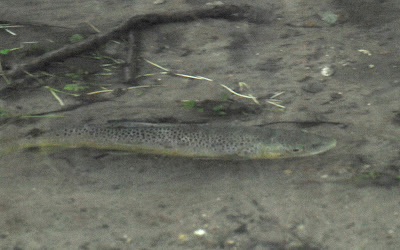 I noticed decent numbers of small gulls nobbing about and they seemed to be catching emerging flies (?january, hello!) which were troublesome as the temperature broached double figures. No matter how often I looked at them they were all Common or Black-headed Gulls. Not to worry. A Kestrel flew from the far side, hunting over the field but something was odd about it. It didn't hover but was hunting in a more harrier like fashion. Bizarre. It was an odd shape. Then the penny dropped - it was a Peregrine Falcon. I still cant work out why it was flying like a harrier, quartering the field, very odd. I watched it for half and hour or so as it alighted a couple of hundred yards from where I stood and having occasional flights around the fields being harried by crows. Suddenly its wings closed and it dropped like a stone on an unseen Feral Pigeon which are numerous on the neighbouring farms. A few other scattered but this unlucky soul didnt even get off the ground. A further 15 minutes of feeding were watched at distance before the growing band of crows forced the falcon from its victim, disappearring to the north over Nafferton. Very nice indeed. 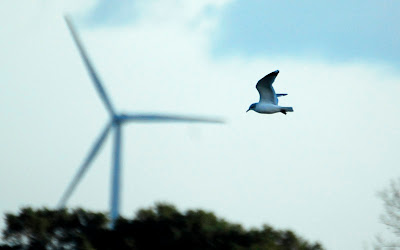 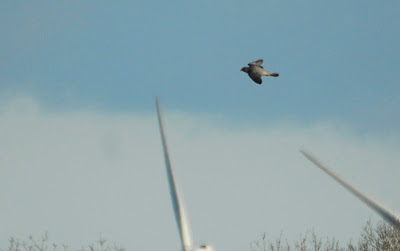 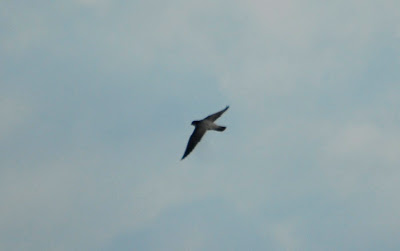 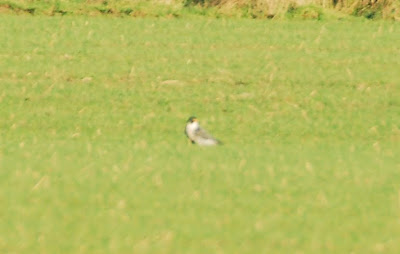 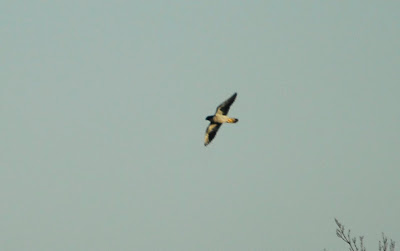