White crows. Thats all they are. Saw the Tophill Cattle Egret today. Looked at it for maybe 15 seconds. If was huddled up in a ditch in the same pose as when I saw it in Blakeney in the Autumn. For excitement it looked left and right. If you ever catch me twitching one of these in the future, shoot me. They arent too bad when they are hunting but they are rubbish otherwise! 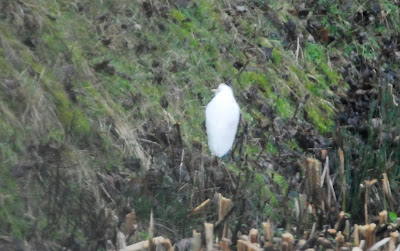 I found 7 Lesser Redpolls between O reservoir and South scrub in willows. They then flew high toward the car park. Heading back to the car park there were about 50 Siskins in the trees opposite the garage and these held a handful of Redpoll but despite looking I couldnt pin a mealy (despite false alarms). I went for the Willow Tits on the D woods feeders and these werent in evidence but 3 Goldcrests feeding in the brambles and a couple of Treecreepers were also in evidence. 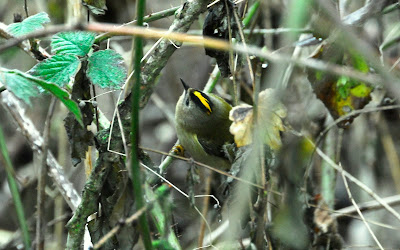 ﻿
There was not a lo﻿t going on in the gull roost and apparently I was being missed by Izzy so I bailed at 3.30. Just waiting to hear how I missed a white-winger. On Friday I got a bit of a surprise as a Pheasant was stalking the garden. It is the first in garden record although I have seen a few from the garden sat up on the fence by the railway. 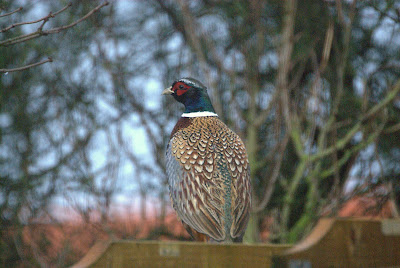