'Inspired' by Not Quite Scilly I decided to have a look at a few gulls. Sadly being saddled with my daughter meant that it was from Kirkholme Point, Hornsea Mere. No Caspian Gulls or Yellow-legged Gulls for me but this 'orrible 1st winter Herring Gull was amongst a large flock of Black-headed Gulls with a sprinkling of Common Gulls. 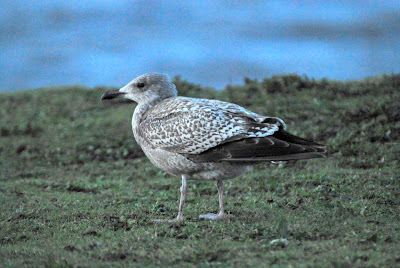 I spied amongst the flock a couple of ringed birds - one a colour ringed Y20, an adult plus an additional adult with just a BTO metal ring which I could only get the final number for definite. 4. Doh! The colour ring has been submitted to EURING so hopefully I will get an interesting return which is suggestive of further google maps. 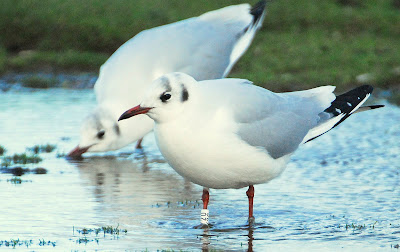 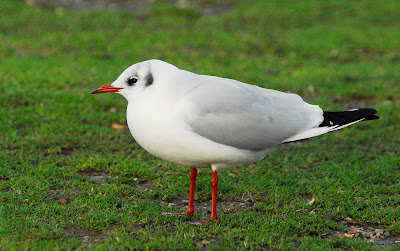 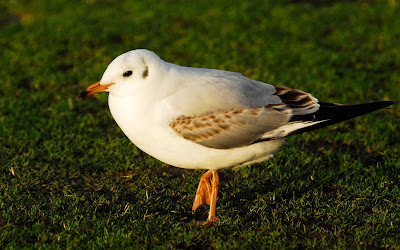 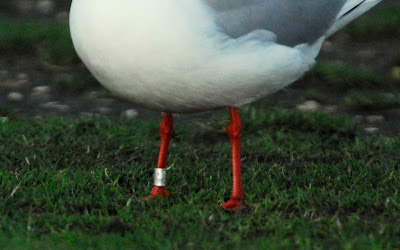 ﻿Also knocking about were a large number of Jackdaws which I scanned through looking for northern birds where a couple of very feint pale collars failed to raise any real interest. What was seen was this horror! Yuk! 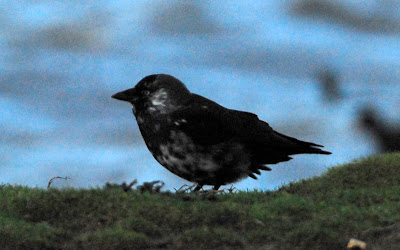 There were a few ducks and I managed to year tick Coot & Canada Goose.