Not that rare...not rare enough to warrant a mega alert on Birdguides. But if Roller gets mega'd why wouldnt Pallid Swift. Its more difficult than Roller. Oh but it looks crap I hear you say. Well I quite like em - i did in Spain last year and now im pleased to say I really liked the long staying individual at Seaforth/Crosby. Its the subtle ID challenge to seperate it from its common or garden cousin. That and the fact that Swifts in general are ace. Sadly no photos of the bird but I did get one of the Little Gull at Crosby Marine Park. Its great - you can tell its white and everything. Sadly you cant tell whether its a bird or plastic bag but you cant have everything.

As for the Swift - I arrived at 11.10, a slow journey over due to poor weather over the pennines. The first few Swifts were commons as were the next few but after 20 minutes the mass of birds crossed the lake and headed over Seaforth. The Pallid then swept back and forward I the assembled group got a handle on it. It gave the lucky permit holders in Seaforth a pointblank flypast. It then blogged about and flew back over toward Crosby. It repeated this cycle 3 times in the 90 or so minutes I was there and the final time performed a stalling flight over the fenceline directly above our heads at point blank range - I wasnt jealous anymore. Scales noted to go with the previous views of the pale panel to the secondaries, the coffee brown base colour and the larger white throat which was obvious far more often than on Commons and was the best method for picking it across the lake. The broken primary twisted as the bird stalled. Flight seemed generally less energetic than the Common Swifts and the bird felt larger bodied but it was hard to quantify. As for wing depth, I found it hard to notice any difference in the wing morphology in flight. Very chuffed all said and a very tricky bird to get. OML! 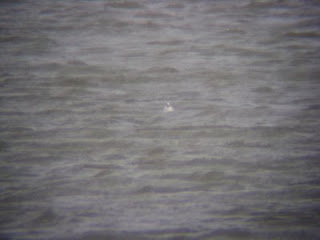 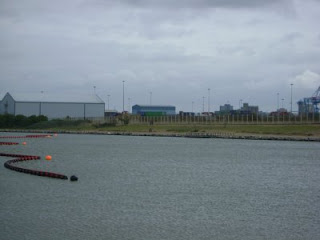 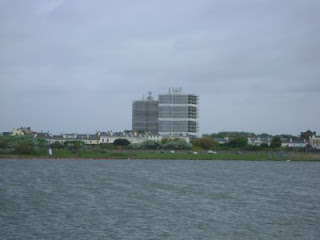 It's true: our "rareometer" is a bit arbitrary sometimes. I think we might have downgraded Pallid Swift the other year when there were dozens of the blighters floating around.

Rather than the rareness its the difficulty although I can understand why thats the case just a have to be there thing I guess.