After being gripped by the bright blue bluetail at Spurn yesterday I decided to use my day off to go birding on the peninsula. I knew the winds were going South-west but still. In it to win it etc... I didnt get off to a particularly prompt start and only arrived at 11 when I bumped into Geoff Dobbs. I decided to yomp down to the point for the Stejneger's Stonechat that is knocking about. It was evident that a few migrants were still about as knackered Goldcrests fluttered through the buckthorn and a sad looking female Siskin could barely lift off the road. Common diurnal migrants were very much in evidence as birds filter over the Narrows. At Wire Dump I bumped into Jonny Holliday who had managed to see the Stej and later found the Shore Larks at the breach. I pushed onto the parade ground where a duo of Black Redstarts were giving a good show. 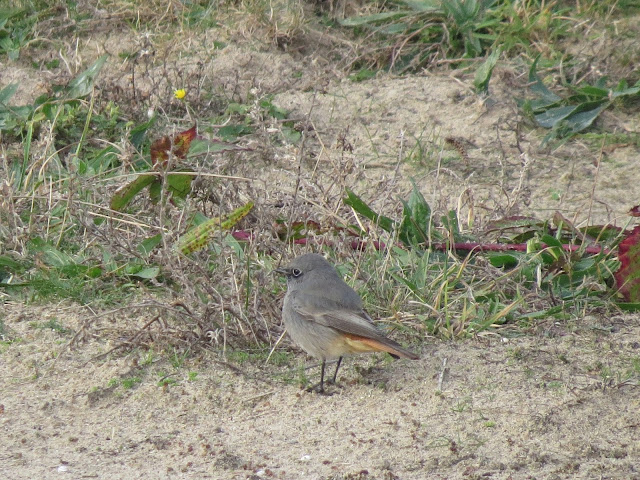 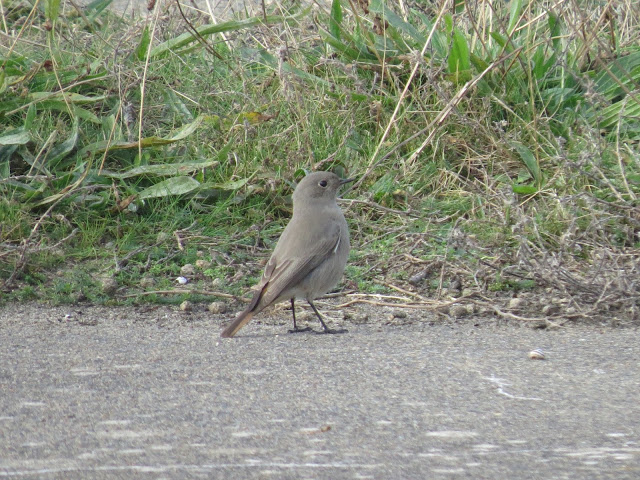 Jim Welford was waiting for me at the Green Beacon when I finally arrived and we had a wander round to the Stejneger's Stonechat which was 200m or so away on the Humber side. I was struck by how bright the bird was - very orange and the fact it had a matted head made it look very contrasty. The bird was flycatching and generally stayed more than 50m away. Eventually good scope views were attained and we moved on. 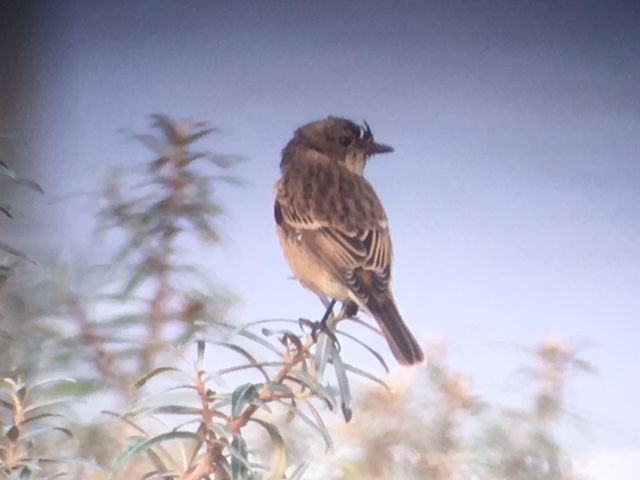 We mostly gabbed on the way back, interrupted by a Blackcap here and Fieldfare there. Crossing the breach we heard that two Shorelark were kicking about. I took the tideline on the seaward side while Jim covered the beach. A false alarm over a Wheatear was soon forgotten as we got fine views of two adult Shorelarks, horns and all with fab light. This isnt my closest shot but it is my favourite. 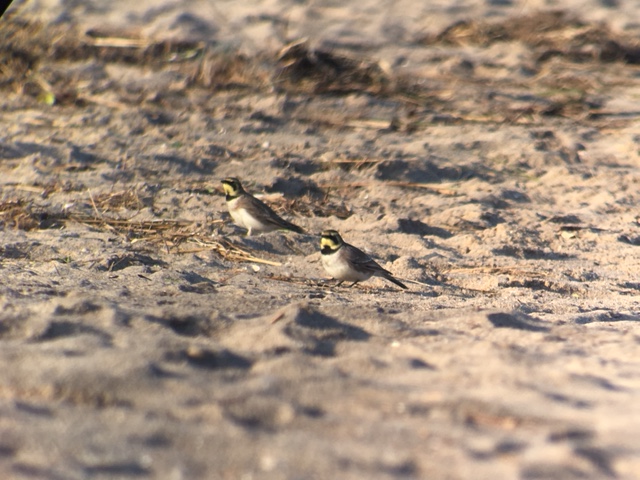 As we were leaving a dozen Whooper Swans were seen flying south so we took a peek only to see them floating about half a mile or so offshore. A decent end to an enjoyable day!
Posted by James at 23:42