Bempton Borealis (and an ECW)

I managed to resist all the interest at Bempton until this afternoon post submitting a report at work when news of an Arctic Warbler came out. One of my biggest tarts in Yorkshire and a bird I have missed a couple of times. I went, Quickly. Upon arrival the Eastern Crowned Warbler was showing delightfully and I soaked up my fill as it flitted alongside a host of Chiffs and crests including a very decent Siberian Chiffchaff candidate. Bramblings wheezed and a Yellow-browed Warbler called. 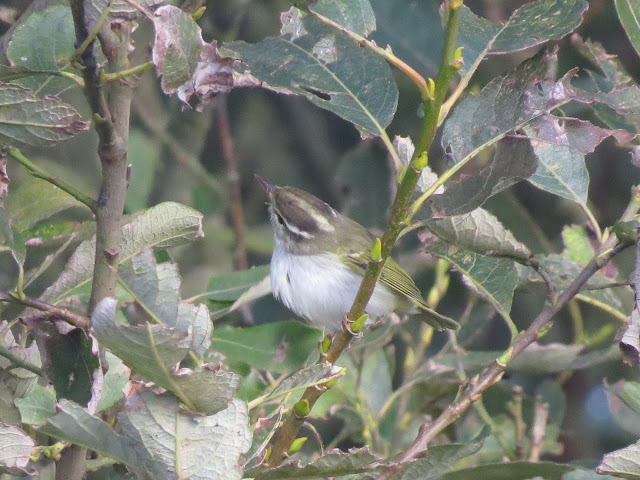 The Eastern Crowned moved rapidly across the sycamores and hawthorns so that everyone got superb views, unlike the Brotton bird a couple of years ago. I decided to go looking for the Arctic Warbler and the gathered crowd 100 yards away looked disinterest. I decided to head to the shelter belt beyond where a few other people were looking hopefully. No sooner had I arrived than the gent to my right had it showing in the top of a bush. It showed in the open for 15-20 seconds before diving left but was exactly what I had wanted to see. Slightly uncooperative after this glimpses were had but a Spotted Flycatcher shot out. A crowd gathered and I decided to go and have further looks at the ECW. This yielded a brief Yellow-brow and a Greenish Warbler which everyone ignored for the more glamorous relative. I reeled off a few more photos in reasonable light and made my leave, very happy. 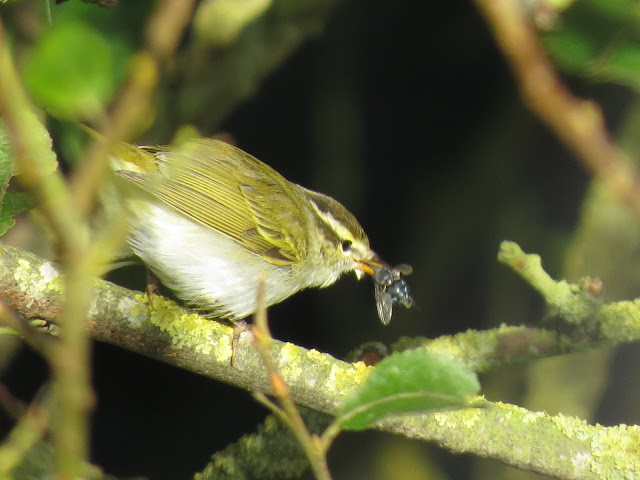 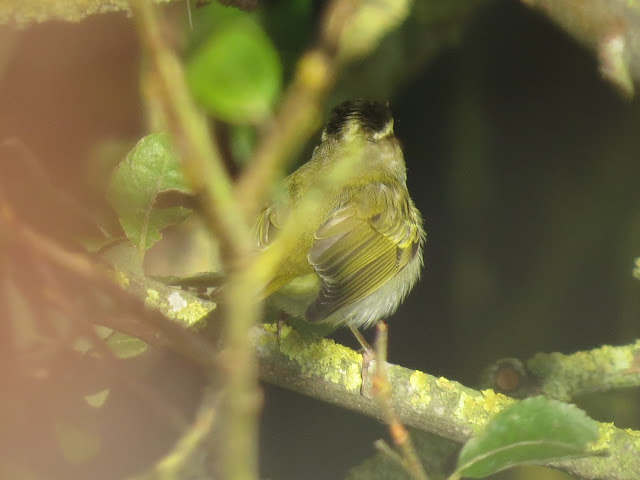 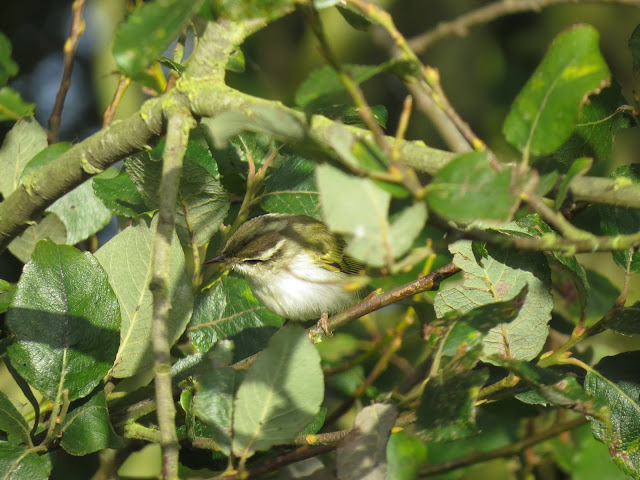 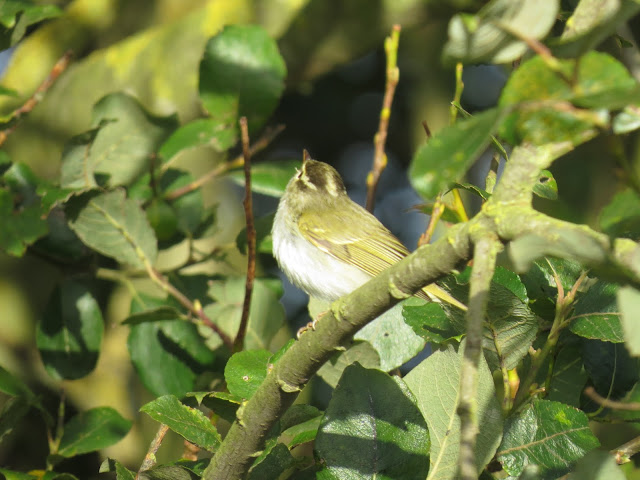 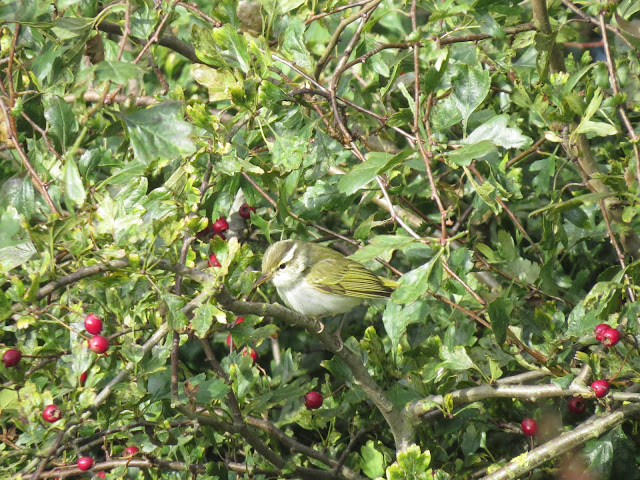