Bittern by the Bug 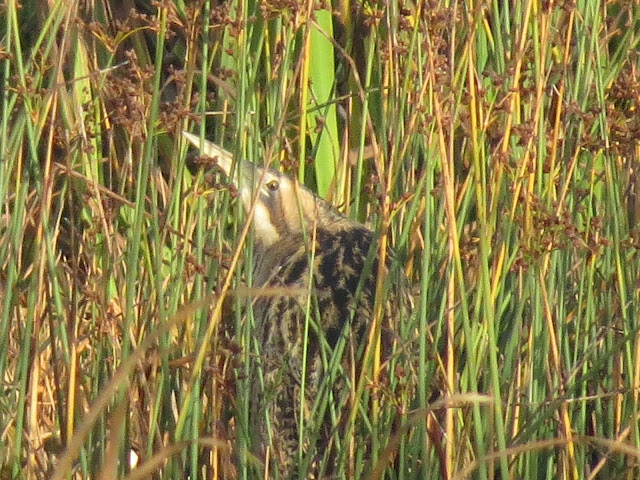 On Tuesday, due to a late flight to Somerset for work, Pete and myself had a day of birding in Northumberland. We started by hitting St Mary's Island. Despite looking through a horde of migrant Goldcrests we failed to uncover anything exciting. A perfunctory check of the wetland gave us the usual ducks when Pete shouted 'Bittern!'. Hiding in the juncus was a very smart, poorly hidden Bittern which was evidently fresh in. Much merriment followed as it played hide and seek before we relocated round to the screens to the side giving superb views. This bird is probably the first record for the site. 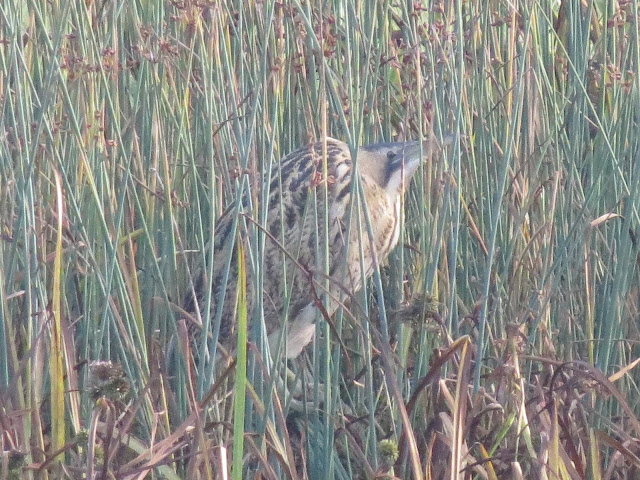 After we had our fill of the Bittern we had a crack at the Prior's Park Dusky Warbler. After drawing a blank initially we started to leave, despondent at the high winds that made searching next to impossible. Just as we got away from its favoured hedgerow it started to call vigourously. Pete soon had a brief view but I was struggling. Both hoping for better we got to the end of the hedge where it was seen badly on occasion. We were joined by Pete's mate Toby who was convalescing at his Mum's nearby post broken leg and he hobbled over to greet Pete. At this moment, with Pete's back turned, the Dusky did the decent thing and climbed to the top of the hedge to show beautifully for a few seconds before resuming its skulk. Perfect views for me but alas Pete didnt manage to see it any better than the glimpses through the bottom of the brambles.

After a hearty soup we headed to Druridge Bay hoping for some migrant action. We struggled a little on that score aside from yet more Goldcrests but a trio of Swallows were decent recompense at Druridge Pools. We started at Cresswell and a Jack Snipe flushed with a small flock of Snipe whilst we were in the hide. The usual assemblage of waders and wildfowl abounded but there was a smart 1w drake Scaup with a couple of Tufted Duck. 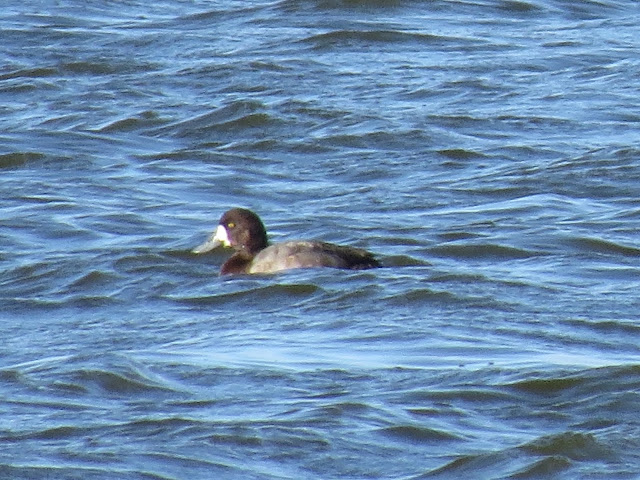 We soon moved onto Druridge Pools and it was very samey with a Chiffchaff and two dozen Goldcrests. Plenty of Black-tailed Godwit were seen from the Budge Screen. We headed down to the hides and no otter was observed but a small selection of duck and a brace of Grey Partridge. In the middle of the pool was a rather smart Common Scoter which whilst common offshore isnt overly common on freshwater. 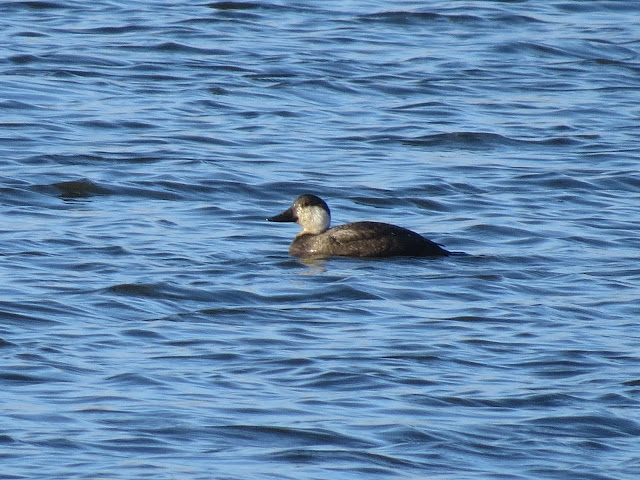 We moved onto East Chevington and soon were at a trio of seaduck as I plucked a Velvet Scoter from the back of North Pool which was a cracker. A handful of Pink-footed Geese were knocking about and a few Pintail were amongst the Shovelers. Out on the island there were a couple of Snipe and a smaller wader which eventually transpired into a Little Stint which we couldnt turn into something rarer. 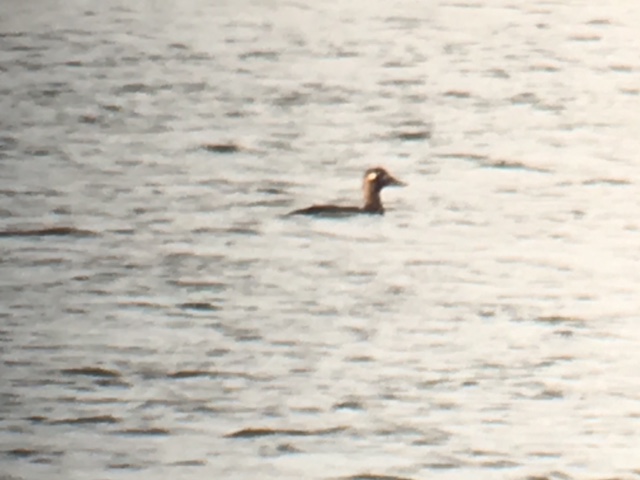