I got released from parenting duties this afternoon to ramble round Ulrome. There were obviously loads of birds knocking about. Goldcrest flocks were a new addition and thrushes and Robins remained very much in evidence. The star was definitely the 1w/female type Redstart which was my first for the patch. It was hanging around in sycamores close to the bush of dreams and after playing hard to get eventually settled infront of the camera. A greyish but standard Chiffchaff wasnt weeping. 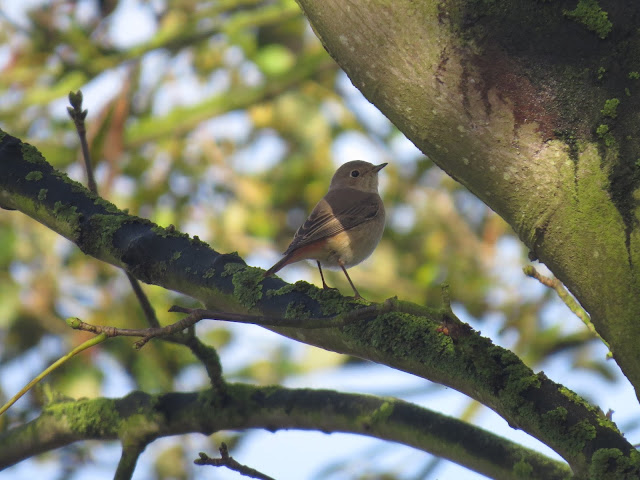 A ramble round the southern half of patch failed to turn up anything else of note and I returned home a happy boy. This is patchtick 165 and also takes me on to 150 points this year for Patchwork Challenge. My best ever is 126 species and 156 points and I still have some low hanging fruit to aim for so fingers crossed.
Posted by James at 19:43

That is beautiful, love it.