Yes! We have no Bananas

I was busy messing around at home when I got a bird alert - a White-billed Diver south at Barmston. Arse! Rumour has it that a reputable observer had it so even more galling. I went up anyway, hoping for a return north but that wasn't happening. I did manage to pick out a Great Northern Diver on the sea which is great patch fodder but not the big diver I was hoping for. 4 Curlews were also year ticks but they moved off south. The weather was lovely - sunny and warm with a light north westerly. I was tempted away from the car. 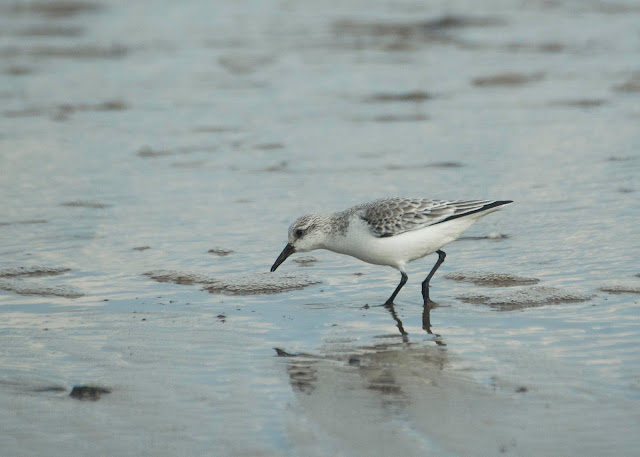 Plenty of birds were on the beach and the Kumlien's Gull was there as ever. 10 Grey Plovers were shunted along the beach by horse riders and 2 Redshank decided that hiding in the fields was a better option. I decided to head back along the beach amongst the old WW2 defences that lay wrecked on the beach, a tribute to the erosive action of the sea. A small wader flicked through these, followed by 2 more. Purple Sandpipers. These buggers have been eluding me all winter so to get them before they bugger off to Scandinavia is a bonus. Even better, the sun came out. 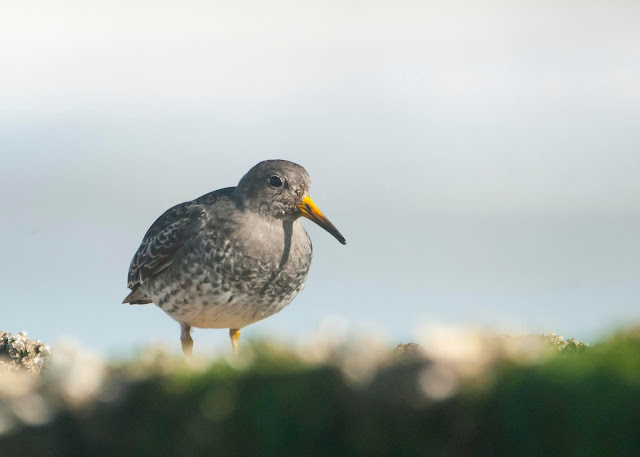 As the tide pushed up I noticed the Kumlien's getting nice and close so I let the water do its work and got an ok picture. Not a lot else to see... 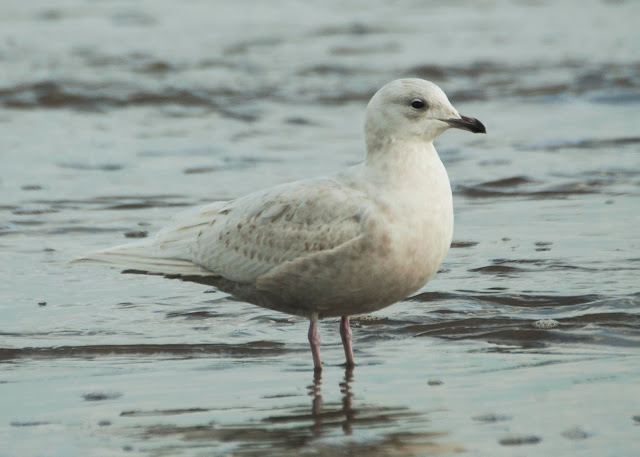 Some cracking pics. Nice to see your camera is still working

Cheers Ken - I have no idea why it has started focusing properly but I am quite glad it has.