After the successes of the day before we rolled up to the watch point truck & trailor with Simon & Karen without the urgency of previous watches. We talked. We pretended to watch. And then the deer on the ridge opposite all spooked. Suddenly the intensity was there, all eyes to scopes. John (again!) pipes up - I've got Wolves - 6 of them. Only Karen got onto them but persistance paid off and they showed incredibly with a group of 6 plus a straggler wending their way across the hillside before disappearing perhaps 10 minutes later. We all got awesome views and Karen got some more than reasonable records shots considering the distance. The sighting blew the previous day out of the water with the latent power of the animals evident as they sauntered through their kingdom. All of the following photos are courtesy of Simon & Karen Spavin. 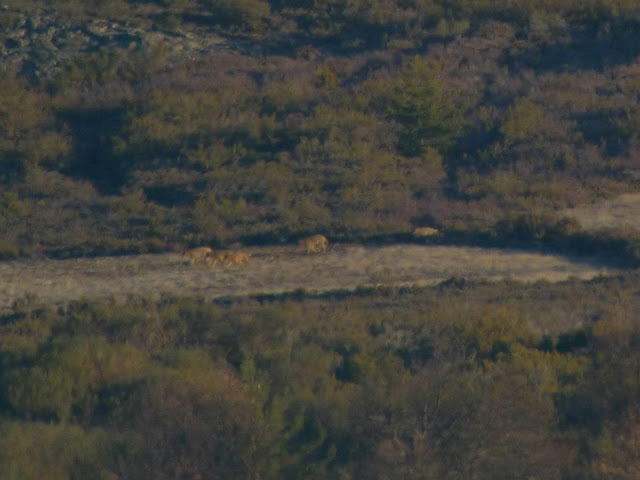 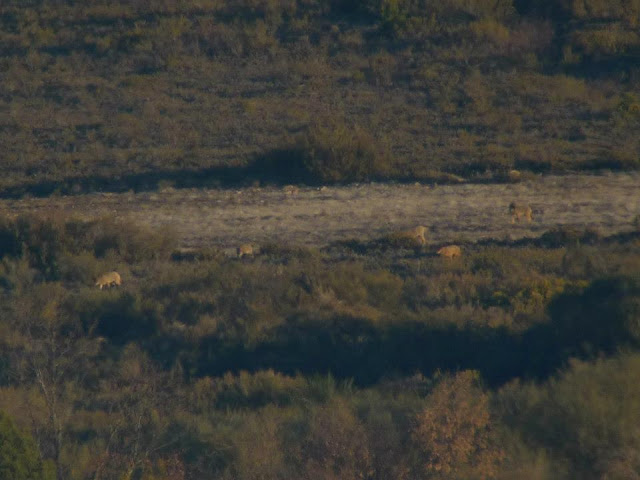 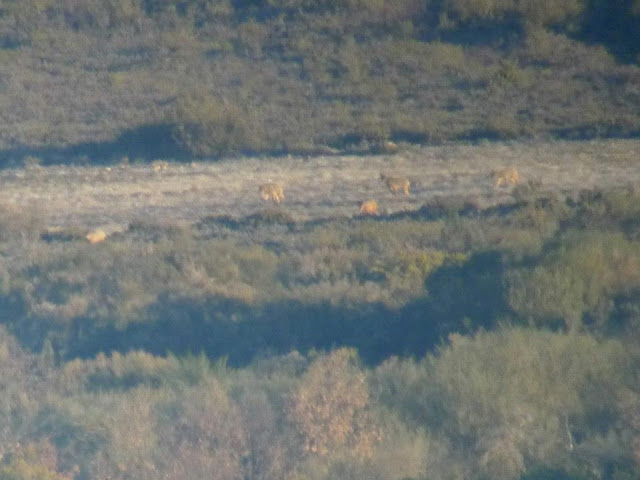 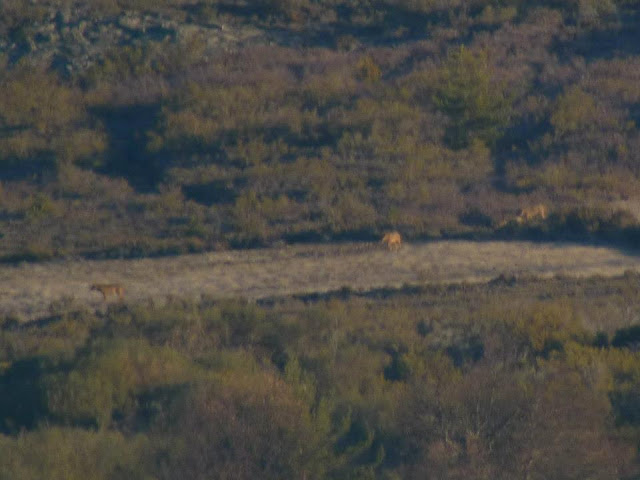 The rest of the watch passed off quickly and without further interest apart from my attempt to string a Roe Deer as a Boar. Oops! We had a poke round San Pedro de Hereras, the village in which Simon & Karen were staying. If you were coming with a lady friend to this part of Spain it is certainly the village of choice with incredible scenery. It all looks a bit Pan's Labyrinth. Birdwise plenty was singing and Jays were mobbing a Sparrowhawk but there was no sign of the hoped for Lesser Spotted Woodpeckers. A male Blackcap was a modicum of compensation.

We stayed local for the rest of the day and picked up lots of Rock Buntings behind the Posada plus Wolf scat and pug marks. A surprise Tree Pipit was displaying amongst the Woodlarks but the biggest surprise was hundreds of Redwing and plenty of Fieldfares. Mike found lots of Newt and Salamander habo much to his chagrin. 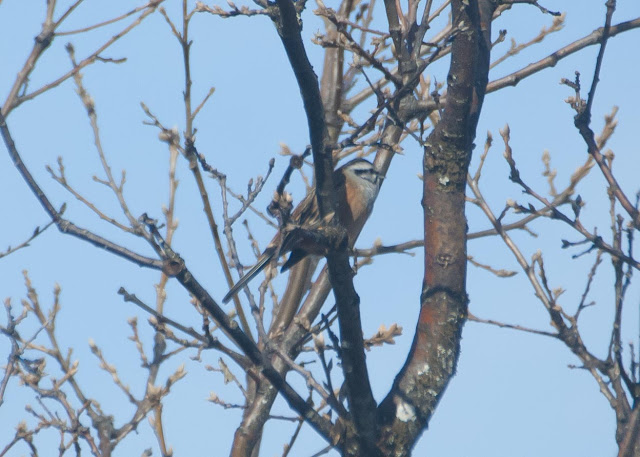 We tried looking for Otters on one of the dammed Rivers close by but only managed to add Great Crested Grebe to the trip list but a very nice picnic was had in the sun. In the afternoon we tried again for the Lesser Peckers in the woods at San Pedro but it was dead aside from a Nuthatch.

The evening Wolf watch was to be our last. Nothing of interest happened or so I thought, however amongst some blurry Dartford Warbler shots I found this differently proportioned bird with a white outer tail feather and the penny dropped that we had overlooked an early returning Subalpine Warbler under our noses. 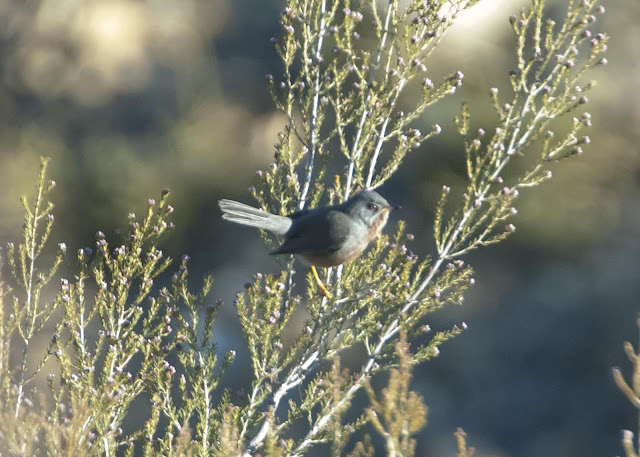