Day 3 (April 6th) started with an early morning visit to the city park in Torrevieja to give my wife some respite from the little darling. Due to Peppa Pig the park was duly renamed Potato City Park. Other parents may/may not get this but hey - the machinations of a 2 1/2 year olds mind are odd. I did add Robin here, a migrant presumably (although 2 were present and holding territory on all 3 visits here). A basking Red-eared Slider was presumably an escaped pet (dumped more likely) although they do breed at Clot. Various Audouin's Gulls and Yellow-legged Gulls were bathing in the fountain here and a Willow Warbler showed that migs were still passing through.

My good deed was reinforced by taking the little one out in the afternoon for a ramble. She unfortunately fell asleep for 90 minutes instead so I took the opportunity to head to the outskirts of El Hondo and have a gander (the reserve proper is only open for 3 hours twice a week which is a crime). A Corn Bunting was calling from a crop near the Roller site (about a fortnight too early for these guys sadly). 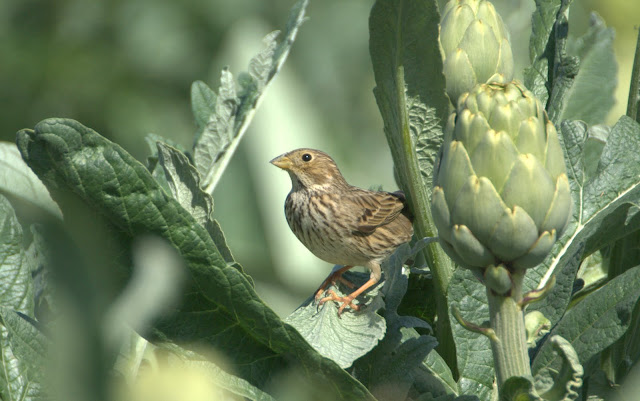 I moved round to view the reserve and the sky was full of swifts and martins. Scanning through them found a Kestrel but no Alpines. Rather nicely a pair of Booted Eagles emerged, presumably migrants as few pairs breed in the province. One each of light morph and dark morph. These guys circled above for 20 minutes before heading east. 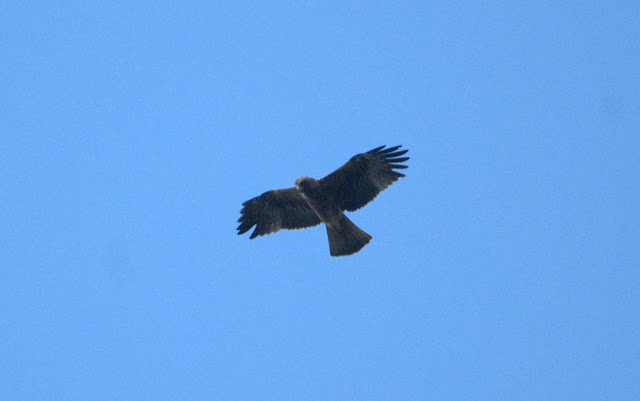 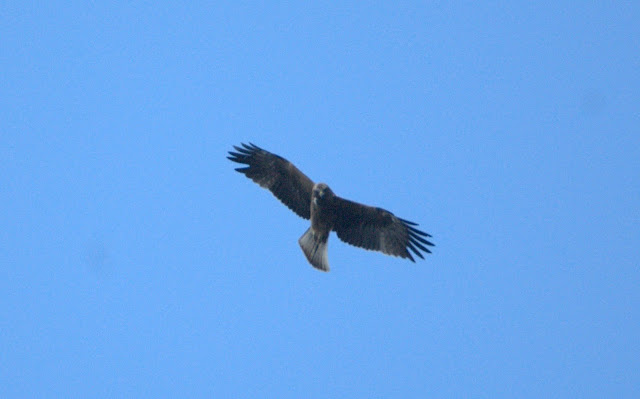 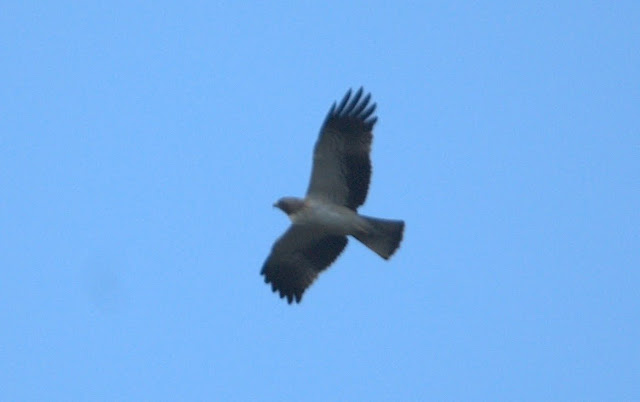 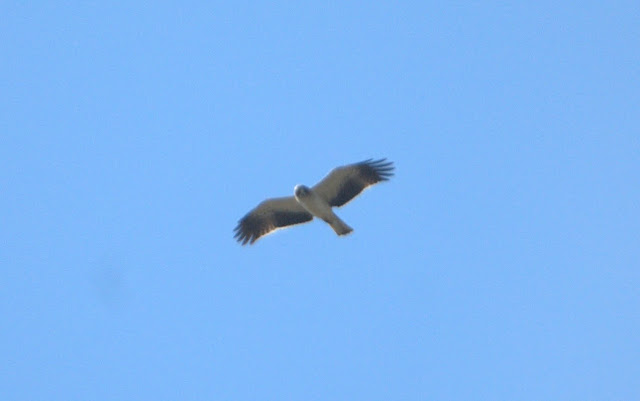 Moving to the North Gate only gave me a Mosquito bite and I rescued the child as she was coming to from a monster of a mozzy on her leg. Splat! We had a look at the tip which held no storks as hoped for but plenty of gulls including Black-headed Gull, Mediterranean Gull. There were plenty of scabby Cattle Egrets knocking about as well. I also noticed a small colony of Jackdaws in the palms which are a newish development I think. As we left a Stone Curlew flushed from crop close to the car and flew over the bonnet. I was surprised it took so long to find one to be honest as they are really common in the locale.

A beach day on the 7th at Los Arenales de Sol meant a family walk around El Clot de Galvany, the gem of the villa steppe. This little oasis regularly produces rare birds and usually has plenty of scarce breeders in the scrub, vegetation and on the pools. Sadly not this time although a Spanish tick in a Whitethroat was cool but the only other additions to the trip list were Sand Martin, Moorhen, Turtle Dove (the only one of the trip) & Little Egret. There were hordes of Red-rumped Swallows amongst the swifts and hirundines which was cool and plenty of vocal (if not visible) Ibe Woodies. The beach failed to produce any seabirds aside from the ever present Audouin's Gulls.

The 8th was largely a lazy day on the balcony as my wife was struck down with morning sickness but I esconced myself on the balcony watching a huge passage of Common Swifts with about 20/minute passing all day. Associated with this were a few Pallid Swifts, a Bee-eater and a single Alpine Swift mere feet from the balcony. A Purple Heron came in off and after circling landed not by the lake but in thick scrub. A largish raptor came in off as well - this made it interesting but sadly not that interesting as it was a light phase Booted Eagle which stayed well away from the flat.

Late afternoon and Isabelle was napping again. This time I did go to the west end of the lake and watching the scrub from the car I noticed two raptors high up - both pale phase Booted Eagles so 2-3 in the day. These headed south west over La Salina de Torrevieja, La Mata's bigger brother which still operates for salt extraction. A small flock of Redshank bombed about and a Cuckoo passed east. 3 Montagu's Harriers were hunting the reedbed - seemingly we are still waiting for a few to get back as 4 pairs were present last easter. Round on the Lemon Tree Road - closer to the reedbeds I found some migrants! A Subalpine Warbler was brief but a smart male. The arse end of a female Redstart was tricky to pin down as I chased it through the salicornia with it raising hopes of a Nightingale with its atypically shy behaviour. 6 Northern Wheatears were in the usual place and all looked to be Greenland race. An unseen Lesser Short-toed Lark flew overhead without me clapping eyes on it. I still havent seen one on the deck - just heard the call whilst a small passerine goes over. A pair of Little Grebes were breeding on a small reervoir used to irrigate the Citrus groves.