Second full day and my morning cuppa was rudely interupted by a flock of 4 Bee-eaters drifted west over the apartment vrrrtt-ing as they passed. To be fair all I heard for the most part was the noise before I picked up 4 specks in the sky amongst the large westerley passage of Common and Pallid Swifts.

As a family we decamped to the Sierra Espuna in Murcia - about 90 minutes away and an exceptionally beautiful place. In the foothills we came across a short walk with the stations of the cross up it with a large statue of Christ at the top. As an atheist it is all a bit meaningless normally for me but with a Catholic wife in a catholic country on the first day of the Spanish Easter weekend (they start to celebrate on the Thursday) in the sun it was super nice. We had a picnic at the bottom before ascending. 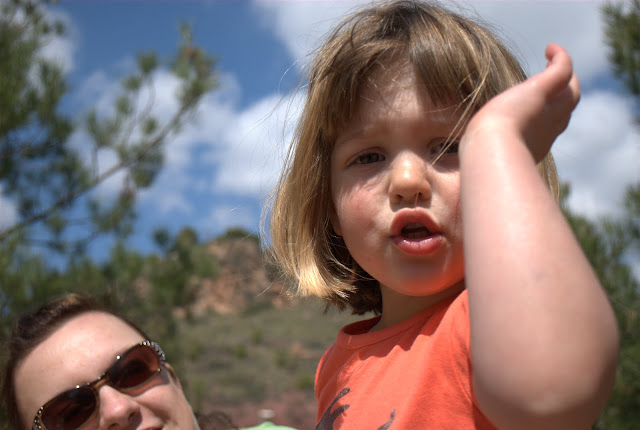 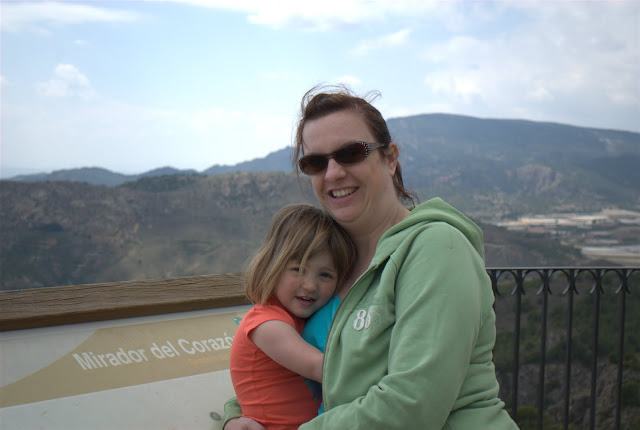 On the way up a Crested Tit came and had a look at us and there were tonnes of Chaffinches, Sards, Great Tits and Serins. A dark mid-sized raptor overflew us and I couldn't put a name to it. Looked too long-tailed for Common Buzzard and too early for Honey Buzzard but I was erring to the latter on plumage and shape as it moved across into the next valley obviously migrating. A green butterfly was photographed on the way up. Any ideas? 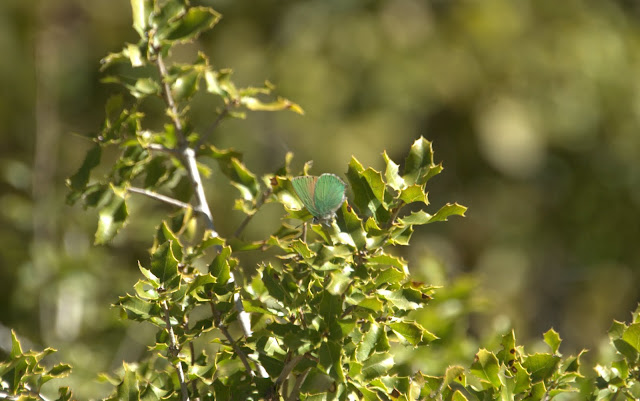 The statues were quite pleasant but I wanted to get into Espuna proper... House Martins flitted overhead as we got going. The drive up was bumpy but we ascended into the pine forest and quickly saw lots of Spanish subspecies of Red Squirrels. 3 goat-deers as my wife called them turned out to be Barbary Sheep, an introduced type of goat for game shooting in the park in its former incarnation. I picked up the self same raptor I had seen earlier a few miles to the south west and it was evidently a very dark Common Buzzard doing a Honey Buzzard impersanation. Up with it were a handful of Red-rumped Swallows. Black Redstart were in evidence amongst the smaller pines and there were plenty of tits and chaffinches bombing about.I didnt get much chance to do any birding as my little girl wanted to amble about and play but my wifes sharp eyes picked up a pair of Bonelli's Eagles over the ridge displaying. They appeared to be 2CY and 3CY birds (I think) but they drifted south west out of view. Our journey home turned up Cattle Egret and Kestrel. That was it for Espuna and Murcia but an area well worth a proper birding return visit (along with the Guadalentin Valley nearby). Now up to 48 species for the trip and the Crested Tit was a Spanish Lifer.

cheers Alan, that was my stab but I havent seen one before and I didnt have any reference to hand.