We had a group of Snow Buntings bombing past most of the day. Initially they showed distantly and seemed to be the same 74 from yesterday but as we packed up late on about 120 birds were performing immediately infront of us. A bit dark but still some reasonable record shots. 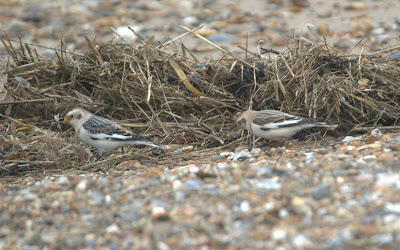 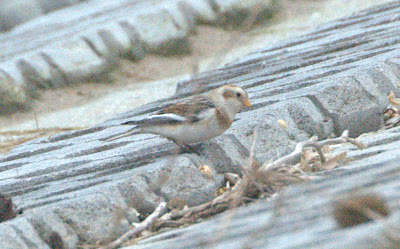 This was preceded by a bit of drama, largely of my own making. The battery of the hire car went flat due to the radio being on most of the morning. I redeemed myself with a proper bit of man-ness. A reverse bumpstart down a single track sand road between a lagoon and the sea. Real adrenalin rush - especially when the engine fired and I wasnt in the lagoon. To improve things we had a drag up to Titchwell cafe for our lunch. Which was closed. Bummer! To cheer me up was one of the ridiculously tame Robins. 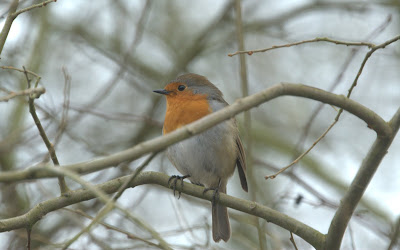