Over the last couple of days I have been working on the North Essex Marshes. Yesterday was a little frustrating with both work and birds. I didnt get to start my survey until today but this gave me the opportunity to check out a few places. 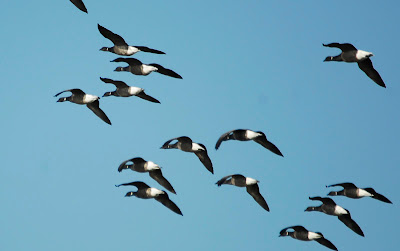 Old Hall Marshes held over 1200 Dark-bellied Brents and plenty of common wildfowl but not the hoped for Red-breasted Goose. We wander over to the Layer Breton causeway at Abberton Reservoir and see lots of not very much. A few Goosander and plenty of Cormorants but far too much feral yuck hides the prizes. We were also oblivious to the Great Grey Shrike a couple of miles up the road. We decided to hit up Tollesbury marina for a spot of luncheon and whilst stretching our legs on the sea wall a very large falcon ambles high over the marsh flushing everything to the horizon. Naturally we assume it is a Peregrine but something doesnt feel right about the shape. Thankfully the bird does the decent thing and gives a close and extended fly-by revealing a brown colour. Suddenly my mind raced back to the autumn and a string of Saker Falcon sightings in the local area. I look at the bird and see the dark brown trousers, kestrel like back pattern with brown on the mantle with the wing tips dipped in black. The crown was dark showing the bird to be immature and it had a very thin moustachial stripe. Gorge. The underparts were dirty brown and the bird was a overall pretty drab. No jesses, rings or trackers evident but no obvious sign of hybrid origin. I guess we will never know. No photos as I wasnt even birding! 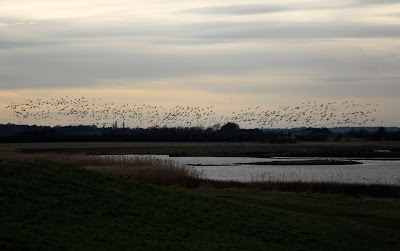 Today was awesome. It was sunny and it was still (at least at first). As we entered the reserve we saw thousands of ducks and geese. Lovely. A Sparrowhawk was over the entrance and we soon had Marsh Harriers dotting all over. 5 in total. Plenty of Pintail on the marsh. Strangely a Jay sqwaked its way through a hedgerow. A belated year tick. 800 Brents bombed about including a single Pale-bellied Brent. Very tidy. It was largely the birds of prey that provided the highlights despite the numbers of wildfowl. A Merlin passed by close mid morning and a ringtail Hen Harrier was seen at distance evading 3 birders gaze despite passing extremely close by. Then ping-ping. A single Mandarin 'tached Bearded Tit was in the small stand of reeds infront of us. My colleague didnt get on it (despite it passing by 5 times during the day) but as he looked for it he found a showy (female? uncalling) Cetti's Warbler that sat in the morning sun for fully five minutes. I havent had such extended, easy views before but didnt go for the scope until too late as I just expected it to dive off.﻿ A couple of distant presumed Peregrines were dogfighting distantly toward Mersea Island. Later in the day a single bird cruised overhead giving better views but by this time the wind had got up and the clouds had arrived. Late in the afternoon a rash of Spotted Redshanks arrived with at least three birds being present. Not a bad day all said. 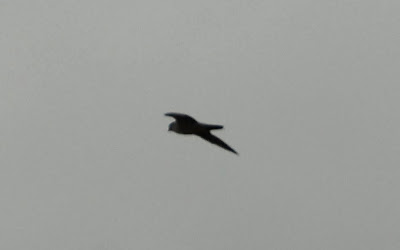