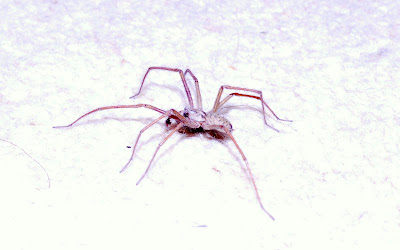 Another floor creeper. This one was more polite but I got the feeling it was waiting for me to turn round so that it could kill me and loot the corpse. Looks to be a different species to the Mouse Spider - bigger all said but smaller abdomen and less hairy with markings. Any ideas?

In addition I went to Hornsea this morning to dip the Glossy Ibis. Did manage a few Pochard and the usual feral shite. Gulls were nice and friendly but the light was dross. 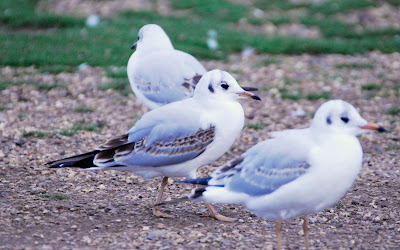 Yesterday I went to Tophill with my parents and despite the coast creaking under scarce and rare I resisted temptation and stayed put. Fat lot of good that did me - 4 Siskin, 1 Crossbill and 1 Little Egret the highlights.  Was nice to spend time with the olds and good to see my dad managing the day despite his varied ailments (hernia being more of issue than the cancer thankfully).

Izzy was well behaved but I failed to conjure a Kingfisher as promised although plenty of Redwings were evidence of the easterlies. Earlier in the day I had 3 migrating Buzzards over Driffield town heading south over Tescos.

Dont think Im going to Norfolk tomorrow but gonna hit the head...find my own Rufous-tailed Robin or not.
Posted by James at 20:36

Looks like its a Giant House Spider - Tegenaria Duellica with the last one being a Mouse Spider Scolophaeus balckwalli. Scary, cant put my feet on the floor...