Rolled into Tophill Low today for a spot of ringing. I took my 2 year old and she L.O.V.E.D it. Was a really happy kid allday thanks to her morning out, so a big thanks to Jess, Graham and Richard for aiding and abetting. A small catch was interesting with a couple of re-traps (Treecreeper and Whitethroat) plus a handful of Sedge Warblers, Reed Warblers and Blackcaps. 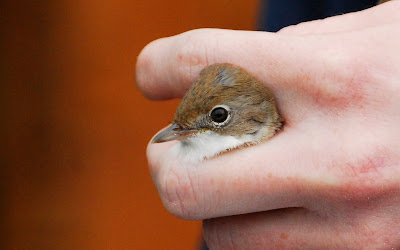 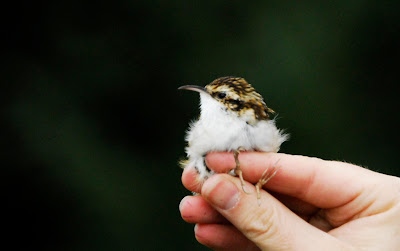 I called in at South Marsh East on the way home and saw the three Curlew Sandpipers  plus two Ruff, the second bird we heard drop in as it flew over. 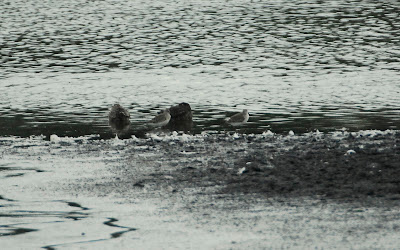 Other bits and pieces included flyover Sparrowhawk, Lapwing and lots of aerial feeding Black-headed Gulls. Leaving took some time as my girl pointed out every 7-spot Ladybird we passed which seeing that they were reaching plague proportions was quite a few.
On the exit road a group of three Roe Deer were a pleasant surprise and a scan through the loafing gulls produced 5 Lesser Black-backs including a single adult intermedius  and two adult graellsii. There were also two Herring Gulls and four Common Gulls amongst the Greater Black-backs. 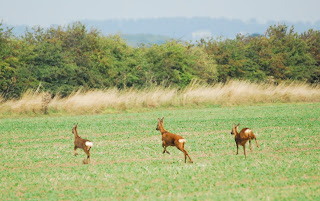 Near Hutton Cranswick there was a field full of Common Gulls following ploughs and amongst them were two Herrings plus this beast: 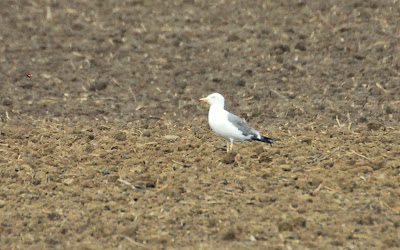 Now I cant decide if this is a BIG male LB or a YLG. Gonna ask people who know these things...
Posted by James at 21:32