Here is a selection of photos from the patch as a virtual guided tour. Its not big or clever and was largely devoid of birds today but I reckon it may produce something. 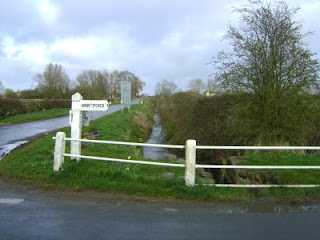 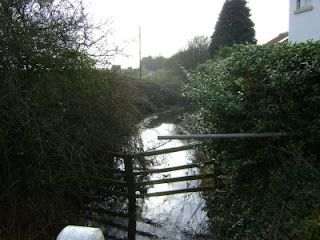 Here looking the other direction up toward the water tratment works. Do Kingfishers live here? 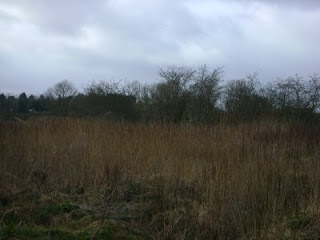 The scrub with hawthorns in the background. The train line runs through the middle of those trees in the foreground. 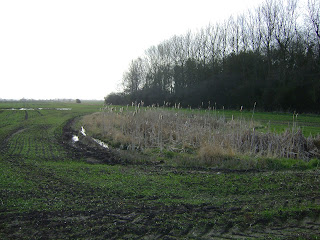 The rushes which produced a Snipe a couple of days ago but sadly only a Moorhen today. Jack Snipe in the future? 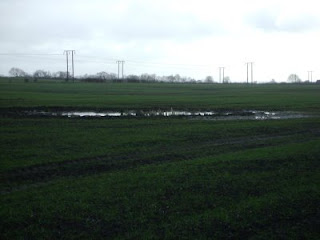 The flash which has Solitary Sandpiper written in very small letters all over it. A Redshank would be a bonus. Lapwing breeding territory in the background which includes some other flashes. 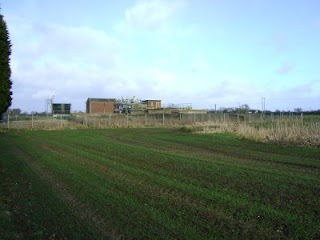 The treatment works which hopefully produces hirundines aplenty and wagtails in some numbers. Today nothing. Note on the left hand side the phyllosc and regullus filled leylandii. 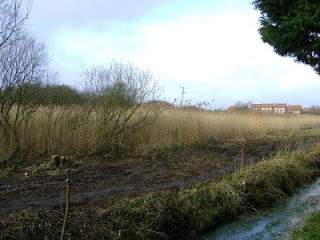 The reedbed hopefully to be chocka with Reed Warblers, Sedge Warblers and Cuckoos. Or just Wrens. Note the houses in the background. My house is immediately behind these so not too distant. Also the stream with a profusion of macrophytes in it - which disappear 6 feet further down adjacent to the outlet pipe from the treatment works. Coincidence? 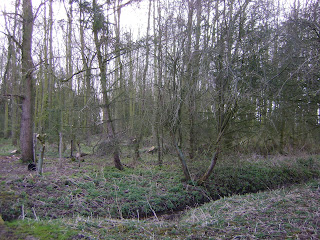 The wood. Chaffinches included.
Posted by James at 17:24