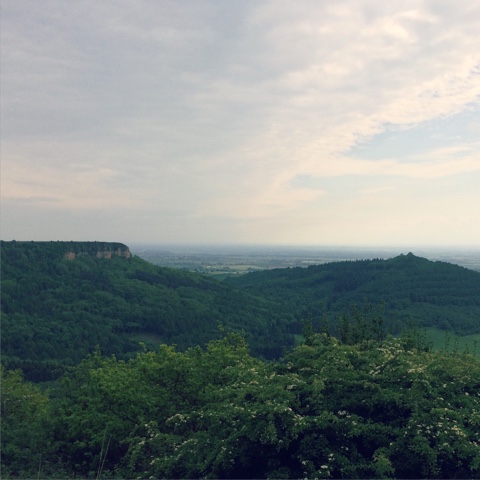 Today was a fantastic day in Cumbria and North Yorkshire. A mild and still morning greeted me at 4.30am as I headed out to do a breeding bird survey. Now we are so far through the breeding season, song is more muted but I still got a superb variety recorded on this pleasant site.

The best bird was definitely the Spotted Flycatcher that was flying around the top of a Scots Pine. It was my first of the year and a species in a steep decline so it's always good to find them on territory. Aside from this two pairs of breeding Buzzards were great to watch as the crows chased them over the meadows. I also found a small heronry which gives the incongruous views of these gangly hunters perched in treetops. 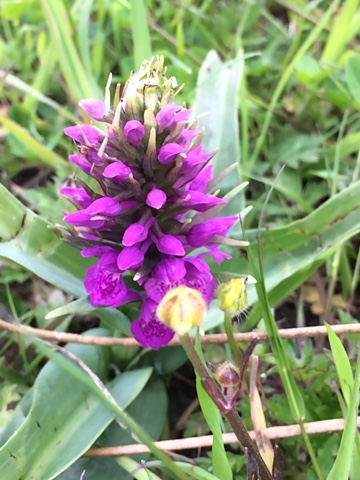 The CBC methodology for surveying birds involves lots of walking and today I managed to crank out 15 miles. I felt great and made quick progress. I was able to enjoy the wild flowers of the meadows thanks to getting ahead of schedule and noted lots of Early Purple Orchids and Yellow Rattle amongst the endless Buttercups, Red Campion and Herb Robert. The warm air also brought with it my first Painted Lady of 2015. These gorgeous orange and black butterflies can be elusive or commonplace. What sort of year will 2015 be for them? I'm going to be doing the butterfly survey on my bbs tetrad so maybe we shall see! 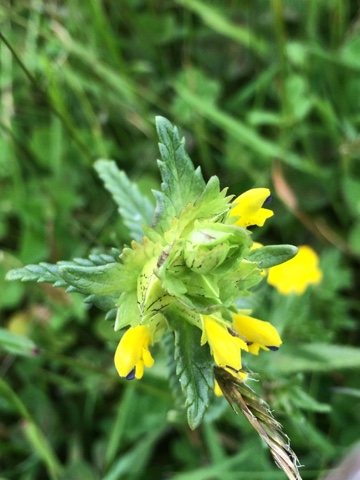 After I finished I headed home and I staged at Sutton Bank for a rest. A stroll to the viewpoint gave me amazing views of the vale of York and the dales looking hazy in the distance. Gliders circled on thermals like giant raptors in silence except for the wind whipping over their wings. Siskins called and several warblers sang but my heart lifted truely at the brief site of two doves. Two special doves, fresh in from Africa. Two Turtle Doves which have a relative stronghold in the area flew over the visitor centre. These guys are heading for extinction in the UK with massive declines over my lifetime and they have gone missing from swathes of the countryside thanks to a combination of changed agricultural practises, hunting pressure and less food in wintering areas. Forest edges like Sutton Bank are proving valuable enclaves for this beautiful dove with the distinctive purring call.

The final perk of the day was a gravid female Common Lizard which shot across the path toward me and his in plain sight before scurrying away. What a way to round off the day and the first 5 days of 30 days wild.