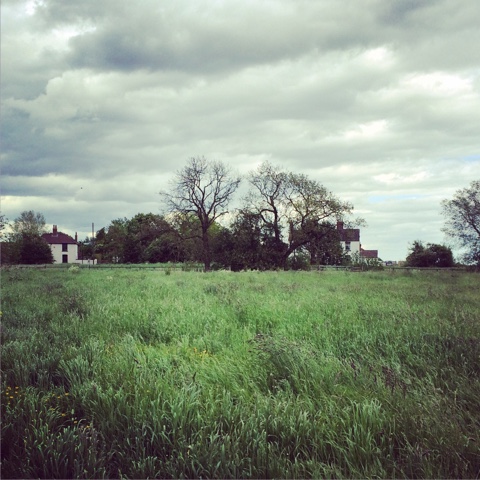 This afternoon the rain abated and the temperature shot up so I decided to take 40 minutes away from my work data and head a mile down the road to Snakeholme Pastures YWT. This seemingly unremarkable and small nature reserve is a little gem and one which I am just scratching the surface on. It is a couple of meadows with small pools set between chalk streams and the Driffield Canal and holds a surprising array of wildlife. 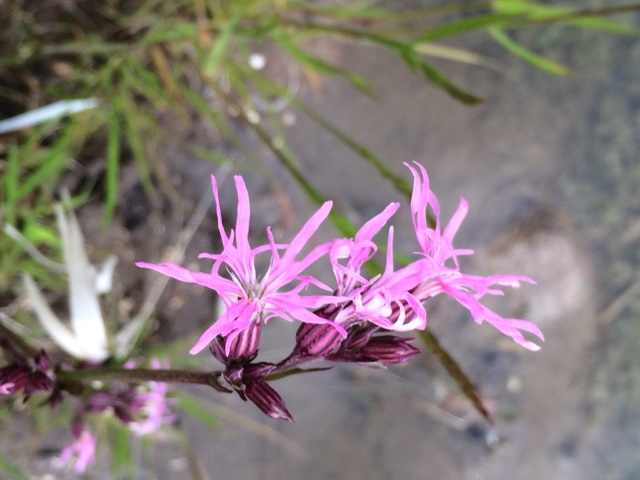 One of the biggest surprises was my first sighting of an adult Marsh Frog. This species is introduced and has spread along the river from Tophill Low but it is very impressive with its belching call from its twin airsacs. It is larger than our native Frog and is more uniform green with a lime stripe down its back. I was investigating the Ragged Robin pictured above when a frog started belching at my feet. I had marvellous views but disappointingly it decided to submerge as I attempted to capture it for posterity on film.

By this time I had given up on the special fish which are present in the chalk streams due to the high winds riffling the surface and making spotting them impossible. I am yet to see the Brook Lampreys here but I am assured they do occur. This species has no jaw and is one of the most prehistoric of fish, foraging by  attaching themselves with their sucker like mouth to a fish and then eating lumps from its victim. Next time... 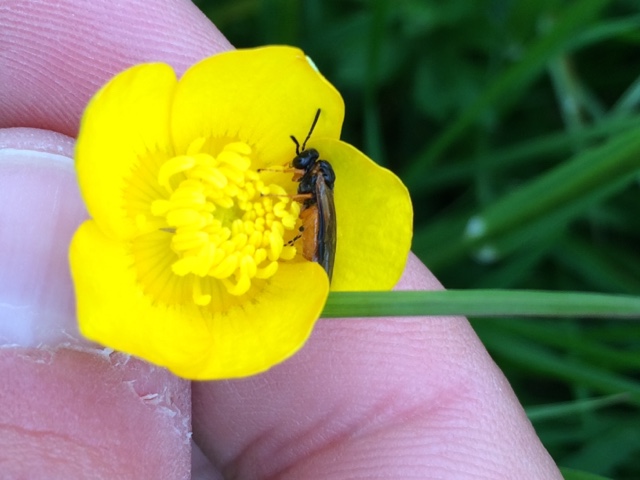 I did find this rather cute Sawfly, Arge pagana or similar hanging onto the Meadow Buttercups. Plenty of small invertebrates including the golden micro-moth Glyphipteryx simpliciella were about. These guys are out en masse and I suggest you google them as close up they are stunning jewels despite only being 1-2mm long. I also turned up a Downlooker Fly, Rhagio scolopaceus on a Dandelion. 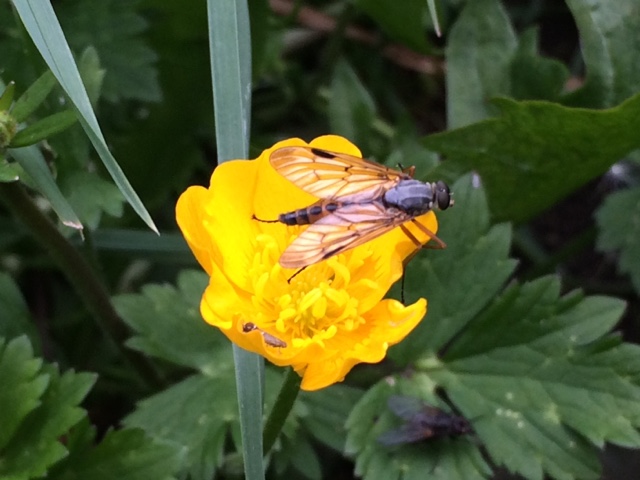 Aside from the invertebrates there were also plenty of flowers out and aside from the common umbellifers and Red Campion there was plenty of Charlock and a presently mysterious umbellifer which resembled Pig-nut. We shall see.

That was Day 2 and Day 3 sees me doing wader and raptor surveys in the Peak District.
Posted by James at 22:23