Went up to Hornsea Mere today and bumped into Andy Nunn, from uni where he works with fish. Andy was scoping the south side of Hornsea Mere and like myself resolutely failing to see much. We ambled on to Heslop's Reeds where the Slavonian Grebe was showing reasonably closely but briefly as it fed. Other birders informed us that the Long-tailed Duck was still about but we couldnt find it after a maggot drowner flushed a large number of the wildfowl. About 100 Barnacle Geese were bombing about carrying a Canada Goose with them but this wasnt the Richardson's type thing but a regular feral nasty. The barnies by the way are the genuine article thanks to a sharp-eyed ringing recovery when it was assumed they were feral birds from the humber or flamingoland. Further ambling revealed little aside from a squealing Water Rail and good numbers of Shoveller. 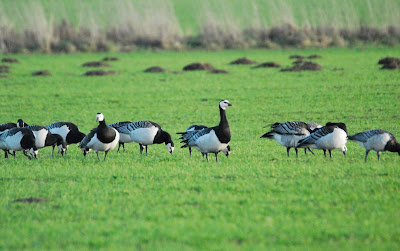 As we walked back east we stumbled across the Barnacles feeding in a field - I made it 105 and Andy made it 99 so 100 or so... A Bullfinch  was feeding with a small flock of Reed Buntings but this dispersed as we made our way past. No further wildfowl of interest were picked up but 200 or so geese dropped in raising hopes but these all proved to be Greylags.

Before I hit the south side I had tried Kirkholme but this presented little of interest except the feral wildfowl and associates providing aesthetic interest for photography in reasonable light. 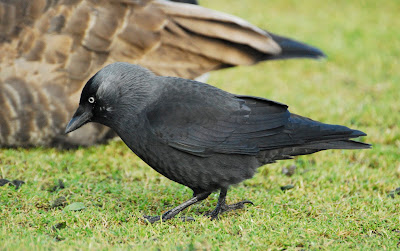 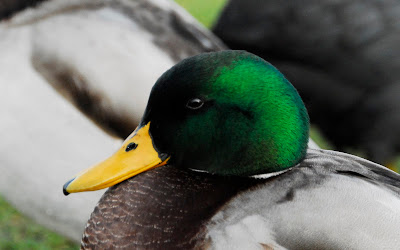