We were back on the floodbank today but the wind had changed to WNW and thus the bitumen fumes came our way for 6 hours. I felt pretty rank by the arse end of that. There were less birds of interest today although we had much more pleasant weather and thus a few more pleasant photo opportunities but unfortunately the birds then stayed away. Doh. 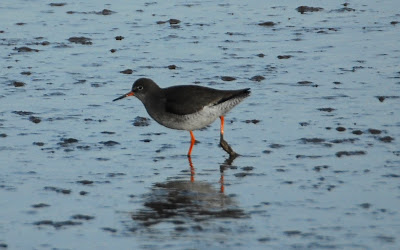 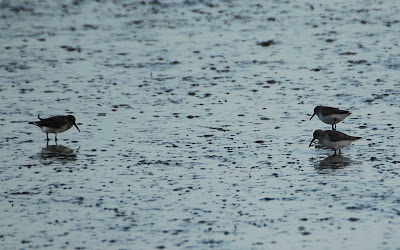 ﻿
Waders were close with Redshank and Dunlin within 15 metres regularly. Shame the light disappeared as they got closer. No avopigs, greenshank or egrets today but a couple of hundred grey geese landed in the valley about 2km away. Probably Pink-feet as they showed a lot of white in the tail but could have been flying monkeys tbh.﻿ Raptors were more distant and less regular today but a minimum of 5 Marsh Harriers  were seen along with 2 Buzzards and a single Kestrel although we did have this distinctive cream crown hunting set-aside for an hour before dusk 6 hours after our previous sighting of it (noted by its moulted secondary awaiting replacement). It stayed over 100m away at all times sadly though. 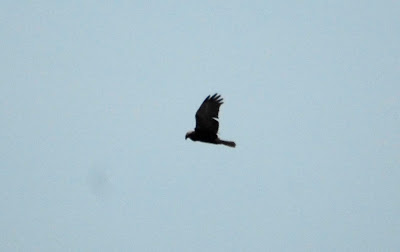 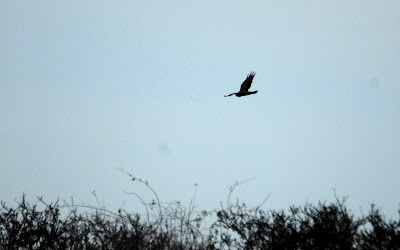 The brief visit the Stonechats made to us allowed this shot but it wouldnt face a decent direction and I gave up quickly, distracted by actual work. 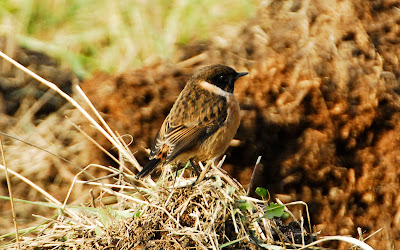 Before we started work we had a quick trip to Tunstall forest for a dawn walk and were greeted by 2 Sika Deer which were a lifer for both of us (we also had Reeve's Muntjac yesterday which were my first in 15 years or so after being stuck in the northern wastelands). A Green Woodpecker  was expected fare on the sandy heath and a nice sighting due to the paucity at home. Siskin and Coal Tit were amongst commoner species in the pines but no crossers sadly. Plenty of Jays screeched their way around the common. A good start to the day to precede the inactivity that followed.﻿