Late afternoon on day 3 found me checking the waders again and a similar assemblage with additions of a moulting male Ruff and 2 Wood Sandpipers which are both considered scarce in Cape Verde - although that may be due to them passing through in August when there are few birders... An additional trip tick came in the form of a Greenshank that was in amongst the species from the day before. A Whimbrel skulked along the edges. 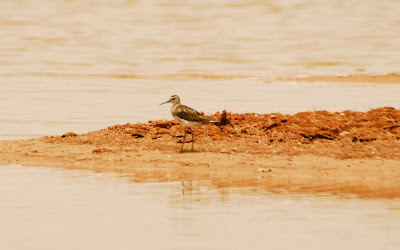 Ruff were seen on most days at the lagoon and also latterly at Rabil lagoon. A maxima of two birds at the lagoon between the hotel and Curral Velho with a male and a female present on and off. There is apparently a further lagoon east of Curral Velho which I did not visit.
Wood Sandpiper was perhaps the commonest passage wader encountered at the lagoon with a peak count of 4 birds, probably 5 although they were quite mobile and wary with several days at 3-4 birds.
Whimbrel were regular on the beach and lagoon with a max of 3 birds on the lagoon and several along the stretch of beach. In addition several were seen at Rabil Lagoon.
Movement was in evidence as numbers of the waders in situ from the previous day had altered although I had a hunch it was exchange with another local waterbody mainly as birds appeared to return (or identical individuals in the same stage of moult ;) ).
Day 4 produced no new species but a good view of a female Alexander's Kestrel on the deck and some new arrivals at the pool with two families of Black-winged Stilts taking the total to 13 adults and 3 juvs. A new Curlew sand was in with almost complete winter plumage. Due to the lacklustre lagoon I tried a seawatch which produced c20 Brown Boobies and 2 distant large shearwaters which were very likely Cape Verde Shearwater but seemed closer to Maio than Boa Vista. Meandering back to the hotel - 2 Ospreys passed overhead. They are a pretty common local breeder here and expected but always cool. 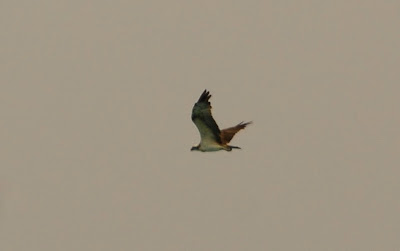 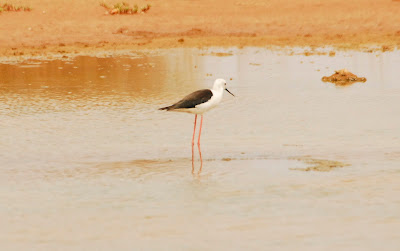 Day 5 produced a slightly tarty WP tick in the form of Spanish Sparrow - these guys behaved almost like Tree Sparrows, having a colony in the vicinity of the more urban area but yet avoiding it slightly letting the Iago's do their House Sparrow impersonation. That said this post breeding colony were very smart and it was a species I was chuffed to catch up with. 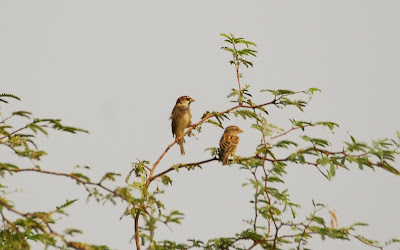 Some changes in numbers at the lagoon but no new species. Days 6 & 7 produced more of the same although by now both migrating family parties of stilts had moved on. It was getting a bit samey and I had a wander up to the Loggerhead Turtle refuge up toward Curral Velho.
Day 8 and I went for a wander with a couple of lads from the complex who wanted to see the Turtle conservation stuff and find out a little about them. A Bar-tailed Godwit was new in on the lagoon and was about for most of the rest of the holiday. Curlew Sandpiper numbers peaked with the original brick-red bird returning and an additional moulting bird. We marched on toward the turtle sanctuary and found some turtle remains. In discussion with the wardens it seems the remains are whats left after poachers kill the turtles for bush-meat & skins. 1,100 Turtles were killed on the beaches of Boa Vista last year from a laying population of 3,000 - that is not sustainable and is extremely worrying. Thankfully in conjunction with the hotel greater awareness is spreading and the wardens I spoke to were optomistic of success against the poachers. 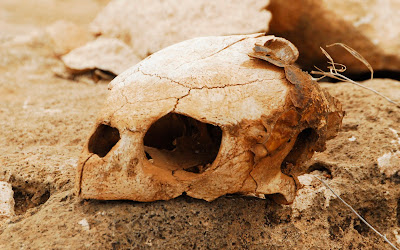 Then the warden said the magic word. "FRIGATEBIRD". There up above us a male Magnificent Frigatebird circled in the face of oncoming cloud. I was joyously remarking to my compadres how it was the only male of the relict eastern atlantic population and that they bred less than a km from where we were. The warden then shows me how lucky I have been by telling me it was only the 2nd time in three months there that he has seen the bird. Absolute score. 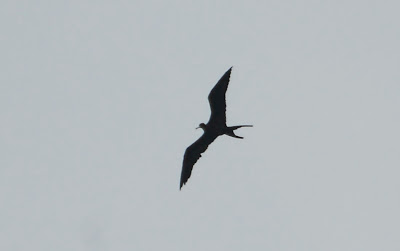 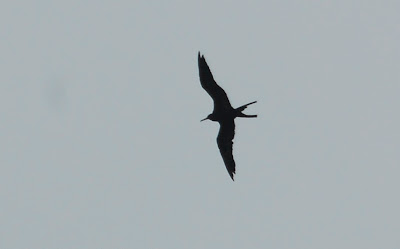 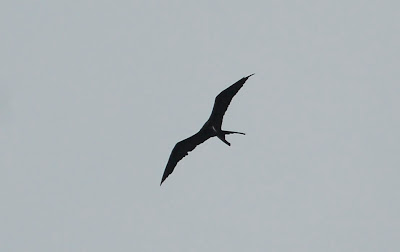 There are many other similar photos and worse but I wont bore you! We wandered onto the sand dunes of Curral Velho where lots of swimming crabs were mating on the rocks below. 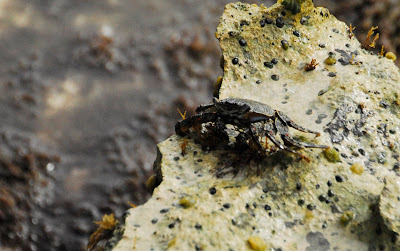 The walk back was quick as the three of us had been a very long time, and we didnt want to incure the wrath of those that must be obeyed. The way back produced further turtle remains and thousands of Red Locusts. Arriving back in the hotel a rather mundane trip tick appeared as three Rock Doves headed into the desert. 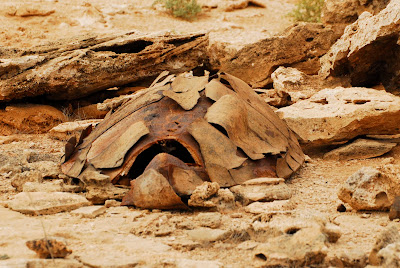 Day 9 was a morning of culture at the other end of the island as we visited the capital Sal Rei. I was hoping for Tropicbirds in the bay but it appears that I went at the wrong time of year as none were seen. I did manage a Little Egret as we crossed Rabil Lagoon in the coach and we saw lots of Alexander's Kestrels and Brown-necked Ravens. Sal Rei was pretty cool - poor but pretty with a lovely church and the old fish market is very West Indian with noise and colour. 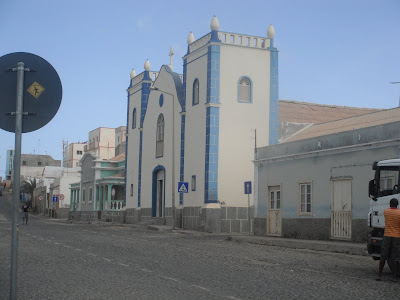 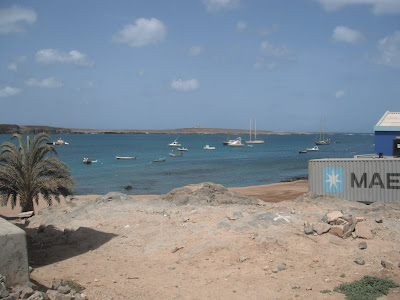 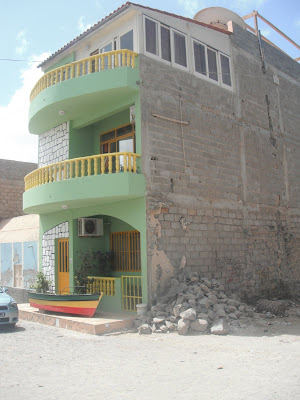 The return journey saw an Osprey sat in the airport amongst the Ravens and Kestrels.
Part 3 tomorrow.
Posted by James at 10:35