I have had an interesting few days from Friday through to today. Nothing too thrilling but the survey went well on Friday, Saturday had one of the Guinea Pigs escape from the run as I put them out. He still hasnt turned up as he legged it under the fence and along the drain to next doors decking. Sadly I think that might be that...

Yesterday was a friends leaving do as he is headed to Australia shortly to work as a Brain Injury nurse. Me and Angela ditched the baby at my parents house and went for a meal pre to the rather glorious assembly rooms in York which house the local branch of ASK. Lovely setting - awful food - I went for the Vesuvio Pizza (lots of Chilli) which I have had on a couple of occasions before but this was like the chef was taking the piss. I have had less spicy madras's. I love a spicy meal but this was just painful and I was deeply disappointed. Nevermind. Definitely go for the setting though. Grand and opulent were words designed to encapsulate it. Later on we met up with Mark and Ally in the Vudu Lounge, a swanky bar in the quarter. Very nice it was too although my 3.30 get up with the child was haunting me after 4 pints of beer and we decided to head off and try as I might I was snoring for a large part of the journey home. Thanks for the lift honey! 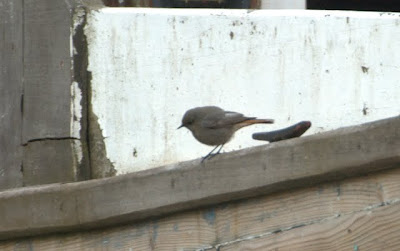 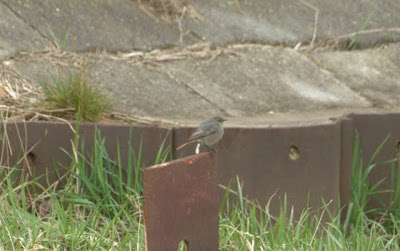 Back to Friday - I decided to zip down to see the Black Redstart at Water's Edge, Barton-upon-Humber before my survey. I guess this almost counts as a migrant! Checking it out it seemed to be a 1st winter male (white in the wings but without the mask) although I have actually done any research on this. It showed well perched up on boats and posts before dissappearing. This was my cue to leave as well and pushed on to my survey site. 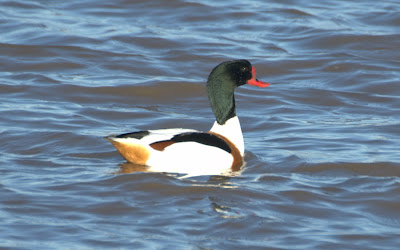 The survey was busy enough with a few hundred Black-tailed Godwit and plenty of other waders knocking about. The Shelduck were also out en masse and a few Oystercatchers were dotted about staking territory and generally looking highly sexed. 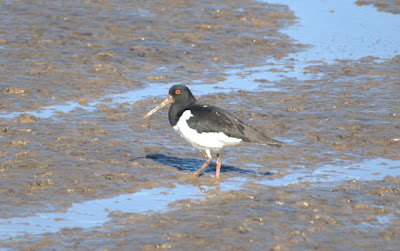 Checking the lagoon out and the Avocets had returned with a minimum of 18 present. this was by far my highest count here - breeding perhaps? No sign of any LRP's yet although next month may yield a better result (it will also be my last visit). Fingers crossed.

I was going to visit Spurn for the White-spotted Bluethroat today but I am stuck at home wasting my time in Lieu as we have a leaky pipe. Doh!
Posted by James at 10:49

Looks like the Black Redstart has done a big jobby!