So there I was watching 50,000 birds roosting up by Snettisham and I was bored rigid. It was pissing with rain and mostly I had watched a digger. Occasionally things would get spiced up by an F15 or two and a Tornado. I had got to know my lonely Knot who unlike the rest of his ilk pratted around the margins of the dune system.Odd Curlew, Brents & Grey Plover bummed about but mostly it was the same birds passing through. 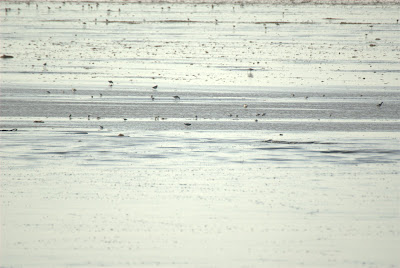 Three days of watching a box of sand across a tide gave me an insight into roosting behaviour with Barwits in at high tide and Herring Gulls just after. Turnstones and Redshank were always first out and their was a bizarre passage of Black-headed Gulls. Shelduck were ever present although their was turnover of birds. Plus Dunlin and two pairs of territorial Ringed Plover. The morning flight of 20,000 Pink-feet was a sight to behold although it was only on the third day they left en masse. 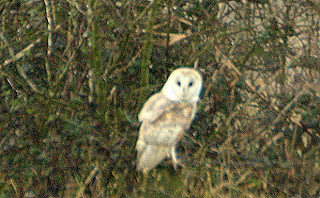 Fortunately we got a 2 hour break at high tide and we used this wisely on the second and third days vising first Snettisham and second a local reserve. Snettisham afforded my first Egyptian Geese of the year plus a very confiding Barn Owl although not much else was noted. 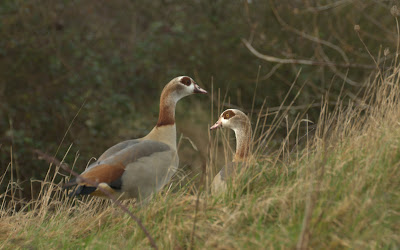 The undisclosed location was much more productive with a Brimstone in the dappled sun and a flukey stumble upon a Dartford Warbler whilst looking at Stonechats. Hence the un-named site. Now I dont know for sure how Dartford Warblers are doing ( and this spanking male was doing fine) but im guessing overall, not so good so very lucky I was. 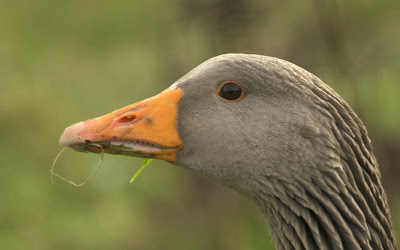 From where I was working was a large lagoon which held a number of Goldeneye and Pochard. Sadly nothing more exciting but I kept checking. Overall a good three days 'working'.
Posted by James at 23:00

Very nice blog! I will keep my eye on it from time to time.