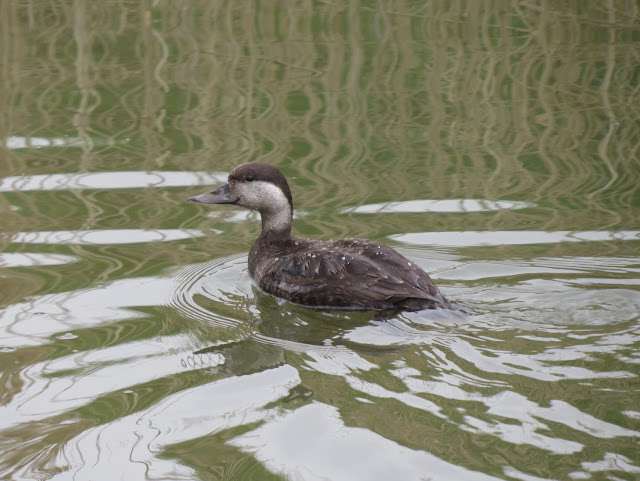 March has been exceptional for Nocmig and until this latest coldsnap I had been recording lots of birds most nights. The big headline has been the sheer number of Common Scoter recorded. Last year I ordered my recorder off the back of the movement and got a few flocks but I don't have a comparison. I think my local geography might be really good for concentrating birds as I am literally at the foot of the Yorkshire Wolds so birds will be funneled along the escarpment and from the top of the wolds, the coast at Barmston, which is 6 miles due east of here, is visible. Add in the passage of a main road and a railway both leading past the village towards the coast and it is well set up to receive bountiful birds which move west to east.

In total 42 flocks and 881 calls were recorded between 12-31st March. I recorded on 21 nights so this may be incomplete (although most of the missed nights were early in the month). Generally birds reached me ~2-3 hours post sunset after birds had been heard at stations from Lancashire, Cheshire and Derbyshire into the Pennines and onto Leeds and York. It is impossible at this stage to estimate how many birds are involved but hopefully analysis with nightvision will allow some estimates to be made.

There were two nights of particularly heavy scoter passage, 21st and 24th March which had 19 flocks and 14 flocks respectively. Passage was particularly concentrated on 21st when all birds occurred within an 85 minute window (21:27 - 22:52) and 409 calls were recorded. This, at the time, represented the 10th highest count by number of calls in the world, according to data on Trektellen (I am aware there are higher nocmig counts on eBird but that data is not searchable). Just three days later, on 24th March a further 14 flocks and 340 calls were recorded but this was less concentrated, between 20:58 - 23:52. What does this mean? That the birds originated from different sources perhaps? Or conditions weren't as favourable so there was a staggered exit from Liverpool Bay? It is interesting to speculate and perhaps tagging data will reveal the answer in due course.

I got a few recordings but this is perhaps the best. I didn't get that many direct hits, where you can hear the steam train-like wing noise or the female calls. In part 2 I cover the other species recorded in an excellent month.
Posted by James at 17:22