The End of Winter

I know its the end of winter as it is the Spring Solstice tomorrow and I have finished counting waders in Somerset until the back end of the year. Last week was the final time and we dotted ourselves along the River Parrett. Waders were scarce and aside from an increase in Grey Plover and Knot it was a pretty humdrum affair. Birds were spread widely and the huge numbers of Dunlin that typify the site at other times just weren't in evidence. The first migrants were just appearing a bit more widely and Chiffchaffs were evident in plague like proportions throughout. 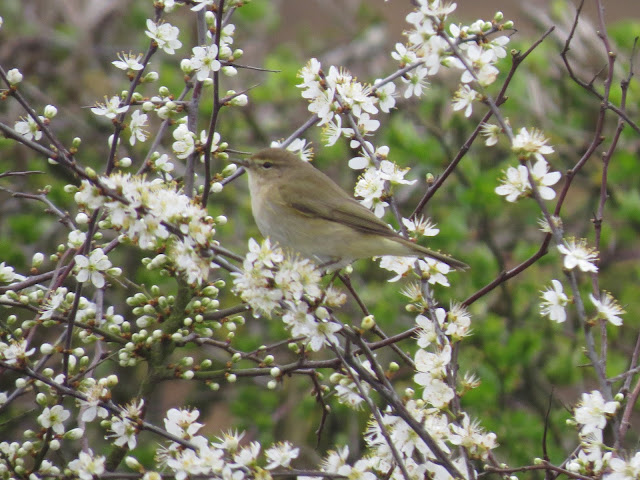 After our first day of work we headed to Berry Head in Devon as the Slapton Ley Humpback had relocated there on the previous day. We were very lasse faire about the pair of Cirl Buntings that greeted us although the slow punture we acquired whilst travelling down was somewhat more vexing. A small crowd of people were searching the azure sea which was unseemingly blue to someone who has the North Sea on his doorstep. Nothing had been seen and an hour of fruitless searching was punctured by squadrons of Harbour Porpoise which was not something Paul had seen well before. There were good numbers of seabirds returned to the cliffs to breed with carpets of Guillemot with a scattering of Kittiwake and Fulmar. A flock of seven Pintail were an incongruous sight as we tracked them coming in off from way out in Lyme Bay and doubtless rather further away. The highlight of the week for me was my first masked bandit of the year as a male Wheatear peaked briefly over the cliff before flying off into the ether.

As we made leave it became very clear that 9 psi was not adequate for travel despite filling the tyre with more air and we had to put out an SOS to be rescued. We chose to plonk down beside the Teign at Kingsteignton, scene of the Gull-billed Tern twitch for Pete and myself. The response was too quick to get our tea at the pub but it wasn't so swift as to prevent me from seeing my first Common Sandpiper of the year followed by the unseen choo-choo-choo of a Greenshank. We were on our way back and thankfully even got to the pub in Cannington just in time for tea. 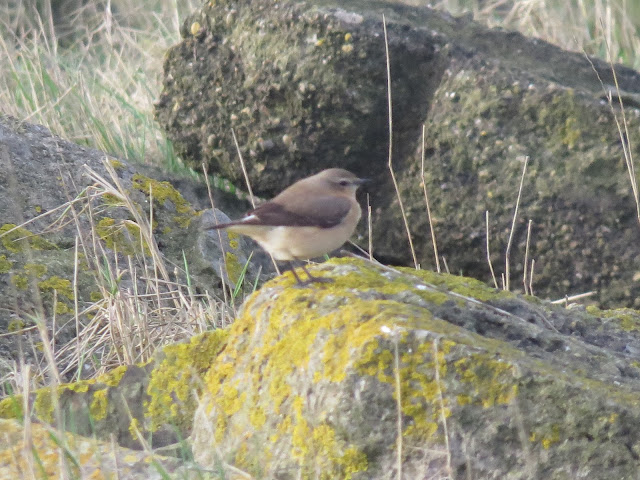 The final day was somewhat vexing due to the gale force westerlies that battered us all morning. We got off lightly as the shower which soaked Dartmoor turned onto the Quantocks instead of continuing on to us. After more Chiffs I also added Wheatear to the work year list (we have an annual competition, loser buys the first round at the Xmas do, winner buys the second...). I am currently getting stuffed 114 v 104. A Red Kite seemed to dive into trees on Steart Point confusing the life out of Pete and myself and then it was time to be away. Well it felt rather longer at the time! That was that and now its gearing up for lots of CBC and schedule 1 monitoring. Love spring, hate early mornings.
Posted by James at 21:28