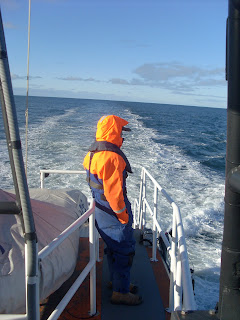 Got back last night after an immense week surveying off Islay and Kintyre. Some good birds and super sights. Seas were less choppy on wednesday and thursday. Our Wednesday survey was between Kintyre and Islay and had some Tysties inshore. Not a great deal else but finished up with 11 species with a Black-throated Diver just off transect. Steaming back to harbour produced several Great-northern Divers. We had just one marine mammal contact, a close Harbour Porpoise. On the rocks entering the harbour were a few Common Seals. A bull Grey Seal was busy acting like a dog, begging for cast offs in the harbour from the local cobbles. A few Eider pottered round the harbour. 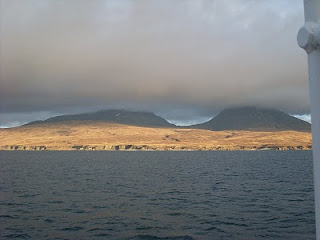 The final days surveying was pretty pants - 8 species but we did manage a migrant...a Starling headed from the direction of Barra low over the waves toward Islay. Super views were had of Antrim, Rathlin Island, Mull and the paps of Jura as well as Islay. Infact we could see snow covered peaks between Colonsay and Mull...our skipper thought it might be 'the ben' although the peak didnt look plateaued enough to me but we were a LONG distance away. The journey back to port was much more productive with an aborted attempt to land at Port Askaig bringing 8 Black-throated Divers and 3 Great Northern Divers plus a few Herons, Buzzards and Eider. Loads of Red Deer were seen on both Islay and Jura as we passed through the sound of Jura. Black Guillemots were everywhere. A nice surprise was an adult Iceland Gull which overflew the boat and disappeared. It was reported twice on the news services - once from my submission to birdguides and once 'cos they robbed my twitter feed (I know because of the numbers of divers on the report!). We then steamed another couple of hours round the island to Port Ellen where there was no rip tide. A very tasty dinner then followed at the White Hart Hotel. 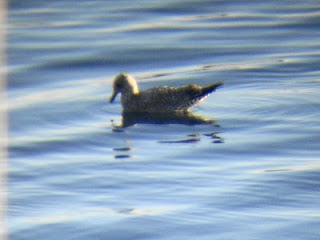 The final day involved a ferry ride from Port Ellen to Kinnacraig on Kintyre before driving home. A weedy female Herring Gull with weird jizz got me confused and a few Chough milled over the hill. 5 Greylag crossed the harbour. Curlew were on the rocks and a Rock Pipit called as it jumped the ferry. 4 RB Mergansers were in the harbour with a number of Goldeneye. Setting off saw the usual divers guarding the harbour with Common Seals aplenty. From here on it was quiet until we entered more sheltered water in the run up to Kinnacraig. A pair of Pintail flew over the ferry, a female Long-tailed Duck was seen at the shore whilst innumerable Divers of all 3 common species were throughout the loch. 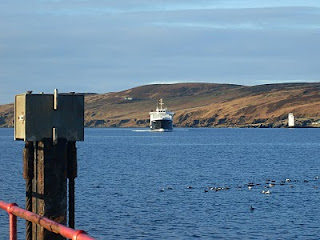 Tysties flushed left right and centre. I managed to call an Otter inshore which then dived. My colleagues then managed to see it haul out on the rocks and scamper off. Wigeon, Mallards and Oystercatchers were lining the shores of the inlet. A pair of Common Scoter flew alongside the boat before disappearing. Mergansers and Goldeneye were everywhere.
The last (interesting) part of the journey was through Argyll passing Inverarey with its herd of Wigeon on the bank and Lochgilphead with 3 Slavonian Grebe feeding close to the town. Loch Fyne was beautiful as was all the scenery - Im really sold on this area. Despite intense scanning of every ridge in the area in ideal conditions not a hint of a Golden Eagle was achieved. Next month maybe when they are displaying?
ps here are some gratuitous shots of Greenland White-fronted Geese in flight and the inside of a 'place of interest'. 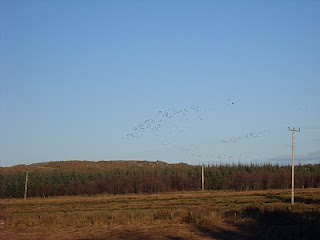 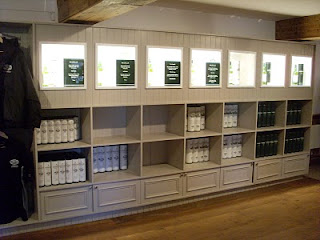 Some cracking pictures there James. Sounds like you had a brilliant trip and excellent birding.