As I was eating my coco pops Baikal Teal came on the Birdguides app. Again. I went to dismiss it, assuming it was the bird at Greylake but no, it was at Hornsea Mere. I have history with Baikal Teal there, as the last one disgraced itself by summering in Northumberland and the Lothians which is suboptimal for an actual vagrant and it duly got binned. I had even seen it on the Ouse Washes. Despite limping significantly after a serious DVT prior to Christmas, I fired up the Quattro (Skoda Octavia) and was at Hornsea just after midday. I have heard horror stories of people spending days at Greylake looking for the drake there but nothing like this for me, as it sat 100 yards off Kirkholme Point amongst a group of Wigeon, dozing away. It woke on occasion and was easy to watch for 25 minutes until the local maggot drowners ploughed through the group, displacing them to the other end of the mere.

It was subsequently relocated but almost as far as it could be from optics and I was already in the warm by that time. I didn't hang around too long but not before seeing both Black-necked and Slavonian Grebes. A poke through the Aythya flock failed to reveal anything of significant interest and I ran away to get warm. 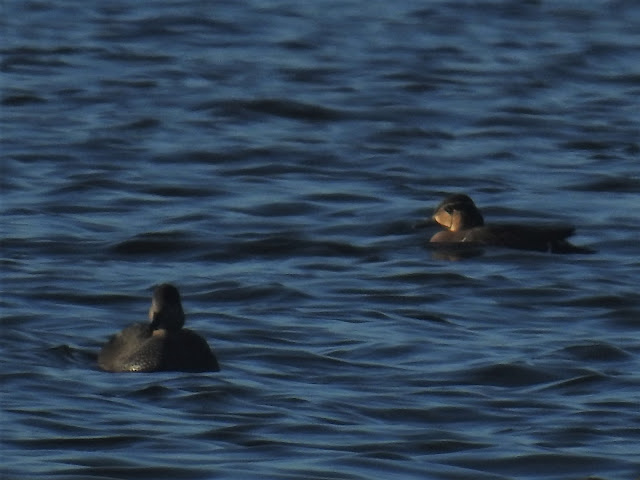 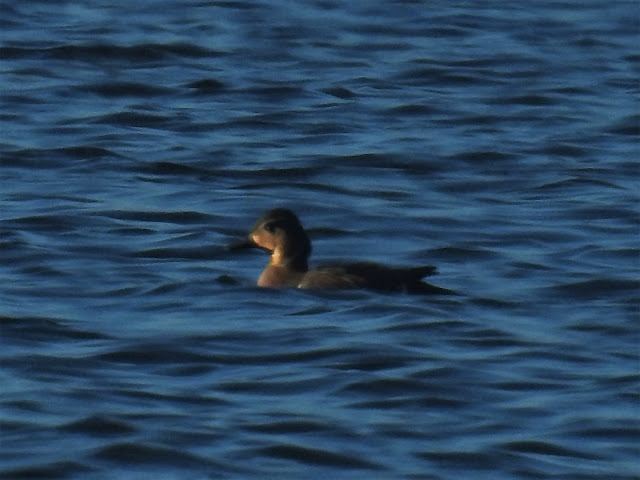 So what of this birds origins? It has turned up at the same time as another drake, which is a plus, in mid-winter during an influx of other 'eastern' wildfowl (Smew and Bewick's Swan) so provided it isn't still here in May, at Cresswell Pond then I am hopeful it will pass the test. It could certainly fly and stuck with its Wigeon mates as they flushed.
Posted by James at 15:44