We find ourselves in this new Covid World, nearly two weeks after some easing of lockdown. This has had the effect that I am now able to travel to the coast to go birding. I wanted to make a more concerted effort at Barmston and Ulrome this year and so I have been putting in short evening watches along with more extended early morning visits. Encouragement from Andrew Hanby has led to us merging our Trektellen sites. The Barmston/Fraisthorpe site now incorporates the stretch from Fraisthorpe to Ulrome and the various watchpoints utilised therein (Auburn Farm, the Pill Boxes, Barmston Cliffs, Barmston Car Park and Ulrome). In-line with this I am trying to collate the historical records from the area to add to Trek in due course. The aim for me (I won't speak for Andy) is to try and produce more organised records in an observatory style, using a more structured approach to my birding to make it count and hopefully see better birds and in-turn attract more birders to the site getting it greater coverage. I have clickers and will count!

The question then comes, what will I count? Well most recently it seems it is Marsh Harriers. They have bred on site, or attempted to do so previously but not this year. I have had three different birds since I returned including this smart male, above coming off the sea on 21st May. A cream-crown headed north over the bay at 06:28 on 17th May and another was quartering the marsh on the evening of 15th May. I did wonder if this represented a breeding attempt at the time but a foraging female isn't a promising sign in that regard as it indicates the male is failing to provision the nest effectively. 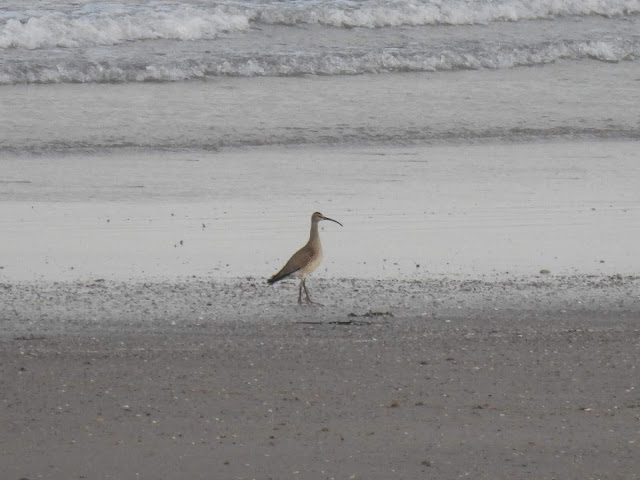 Barmston rarely has huge numbers of waders but it does get some good ones. By May most of the local birds are already down to it and it is the Arctic breeding species and populations you see. A brief trill alerted me to this gem of a Whimbrel dropping onto the beach. Other species seen include the snazzy breeding Sanderling, pasty Dunlin headed way up and psammodromus/tundrae Ringed Plover. Small flocks rove north along the shore or skip over the waves in the bay. I live in hope of a Curlew Sandpiper or stint amongst them but none have been detected as yet. 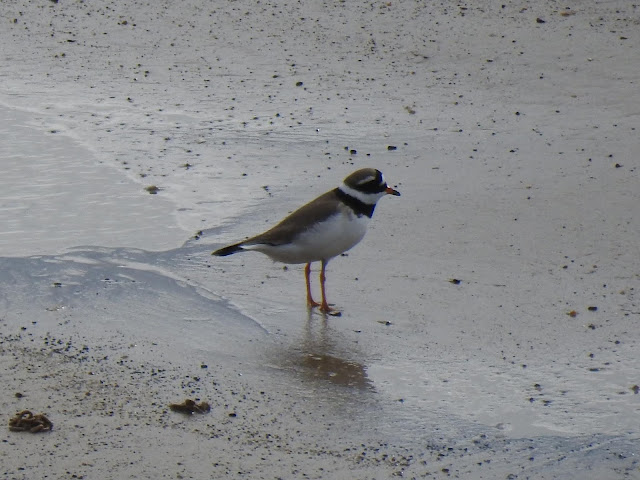 A sprinkling of wildfowl has been on the move with diversity outstripping numbers which is to be expected at this time of year. A flock of 23 Barnacle Geese flew south at 06:35 yesterday, as I arrived on the cliff top. What I didn't know was that Keith Clarkson had 20 of these roosting on the sand at Hunmanby at 05:55 before they departed south and picked up some kin. This party later landed on the Humber for a rest as the passed the Spurn peninsula. I also had a duo headed in the opposite direction later in the morning which were picked up by Will Scott at Speeton. Barnacle Geese in late May get a bad rap and are often dismissed as escapes but the situation with this species is much murkier. Birds breed all along the flyway to Russia and have increased massively in recent times in the Low Countries and Sweden. Is it these birds that have contributed to the explosion in breeding birds in the UK or is the feral population the main cause or perhaps it is a combination of the two. Birds ringed in Russia have bred in the UK but there has been little tracking within this population. What is known is that late May is the peak time for departures to breeding grounds both near and far along the English east coast as well as in the Low Countries.

Other wildfowl highlights include a duo of Tufted Duck south on 17th May and single Shelduck south on two occasions. Tufted Duck are a scarce enough bird whilst seawatching to be a highlight and May is the peak for passage at Hunmanby Gap. Here at Barmston, the third week of May is the peak week but birds pass at similar levels from mid-July to late-August whilst the spring passage is more concentrated. Five drake Eider headed north yesterday which were my first of the year and a Great Northern Diver in non-breeding plumage lumbered south at distance this evening, shimmering in the haze. 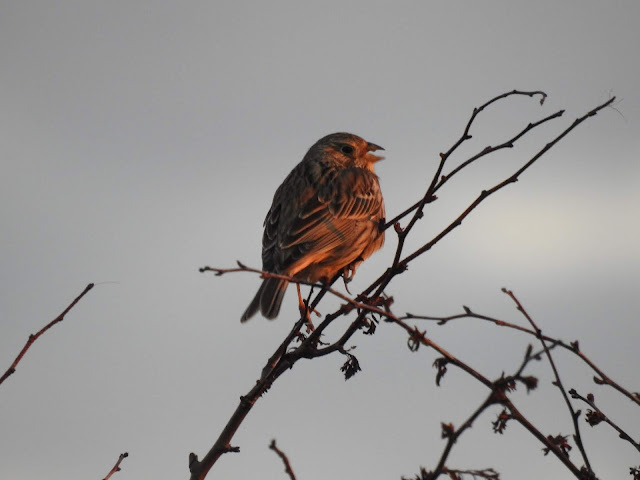 On land most of the migrants are back in with singing Reed and Sedge Warblers, a pair of Stonechat and plenty of Corn Buntings. In fact there are so many Corn Buntings I have got quite excited. There were two singing males south of the marsh, another south of Barmston camp and nine males in the usual area, up from a previous high count of seven males for the site. This species seems to have had a renaissance somewhat locally. Fingers crossed it continues. Twelve singing male Corn Buntings is quite something and that song is a delight. You can shove your jangly keys, its much better than that! More prosaically were my first Red-legged Partridge on patch, seemingly a breeding pair. This isn't great news and I hope it doesn't put pressure on the Grey Partridges which call the area home. 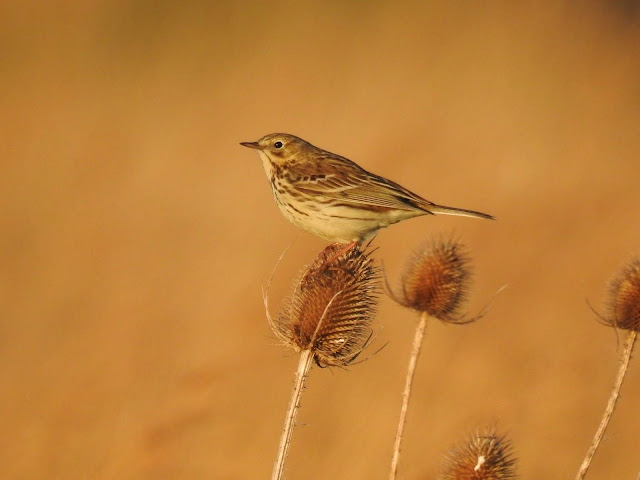 Finally it is great to have Andrew back birding in the area. He has put a lot of time into the site in previous years but he took a few years out, much as I have done and now drifted back. I look forward to his efforts and hopefully some good birds shared with him over the coming months.

I aim to be back on patch tomorrow morning. It is blowing south-westerly F5-8. We shall see what it's like! I will be putting together a blog post on my lockdown birding locally to home with an emphasis on Skerne Wetlands and West Beck over the next few days.
Posted by James at 23:47

What a beautiful birds!
If you want to see more photos of birds, I share you my blog.