My wife and kids were at Leeds arena watching Disney on Ice so that gave me the perfect opportunity to visit St Aiden's for the first time. I have been to the Swillington Ings complex a handful of times over the years for rare birds but never St Aidan's. One trip to Skelton Lake with a migraine to see a Spotted Sandpiper with Collared Pratincole and Caspian Tern at Astley Lake. I had heard that the Black-necked Grebes were returning. Jim Welford, a friend who is on the committee at Swilly said that the site is impressive with the scale and the way it is hidden until you get past the visitor centre and I totally agree. Hidden by the dragline machine from the mine and the new visitor centre you get on the first path and the enormity of the site opens up with a starkness as you look over the ridge and furrow which sits in a bowl surrounded by spoil mounds which have grown up into almost downland pasture. A mile in the distance sit the reedbeds and it was here I was heading towards. En route I came across my first Sand Martins of the year when 30+ sallied in the fresh wind. 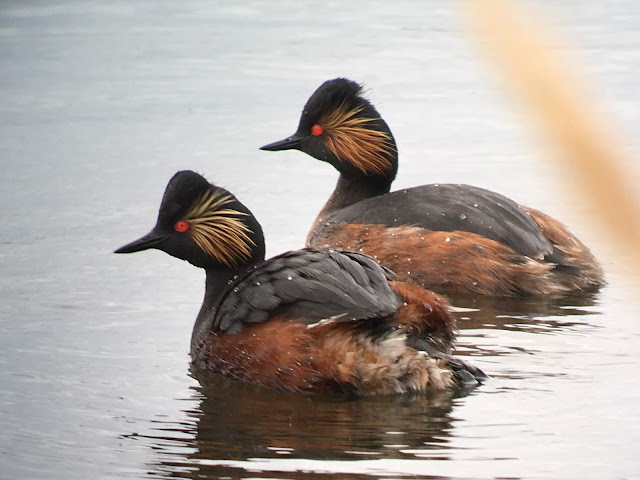 So if the site is the Saint then these are definitely the devils with their ruby red eyes. At least 10 were about and these two were mere feet from the bank, indifferent to the public. They briefly did a bit of display but soon gave up. 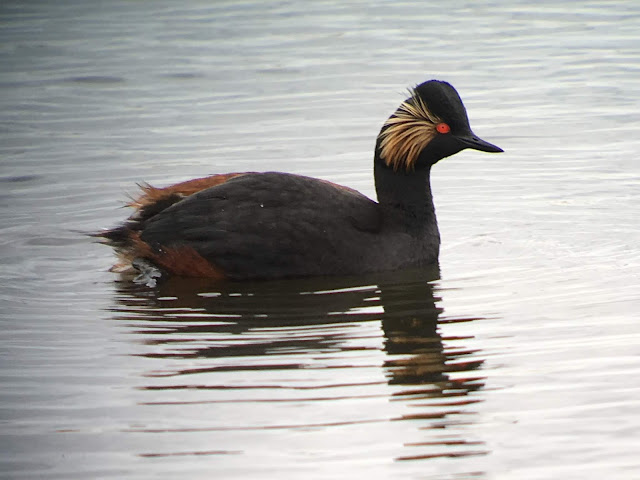 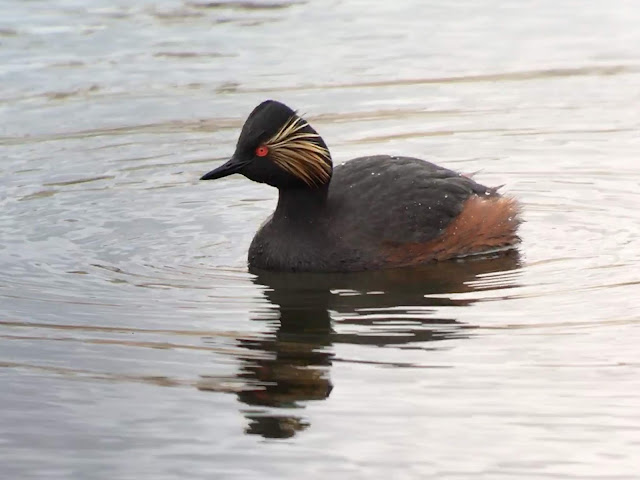 Aside from the grebes a Ringed Plover was smart and there were five Pink-footed Geese up on the hillside. These were nestled between a variety of domestic Greylags and Canadas and somethings inbetween. A little gem was hidden amongst the gank - a fine Tundra Bean Goose. I watched it feeding on the grass for a while amongst the Greylags. Soon though it was time for me to clear off and hear about how one of the lions fell over in the Lion King skit. 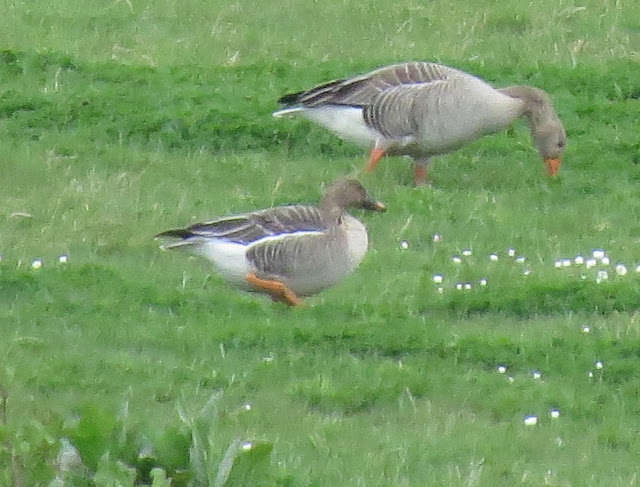