I got very jealous of the Rose-coloured Starling at Ashington the other week but news of numbers building up in central Europe and an impending invasion left me optimistic and seemingly with good reason as on Wednesday last week this little cracker was found at Flamborough round the back of Thornwick Pools before it relocated to St David's Lane at North Landing. I was in South-west Scotland enjoying the sun and finding Goshawk territories. Much fun was being had but not for dissemination here sadly. I did however think that catching a flier may get me back in time to catch up with this bird and the Grey-headed Wagtail also in the same area. Alas for the latter it was not to be but I got almost immediate views of the Starling flying out of the garden it favoured. After 30 mins of obscured views in the hedge it finally flew into the garden but it teased by hiding at the back before plucking the courage up to get stuck into the fat balls that had kept it occupied all day. Eventually it did succumb and was on show for a minute or so on the lawn before disappearing again. With that I took my leave but an excellent time was had and lovely views of a super male. 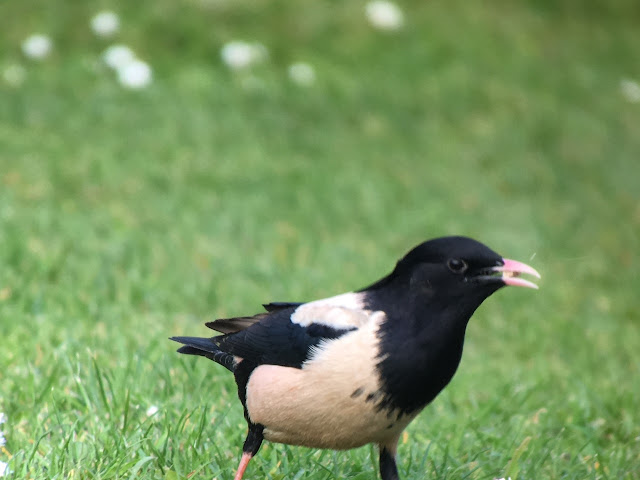